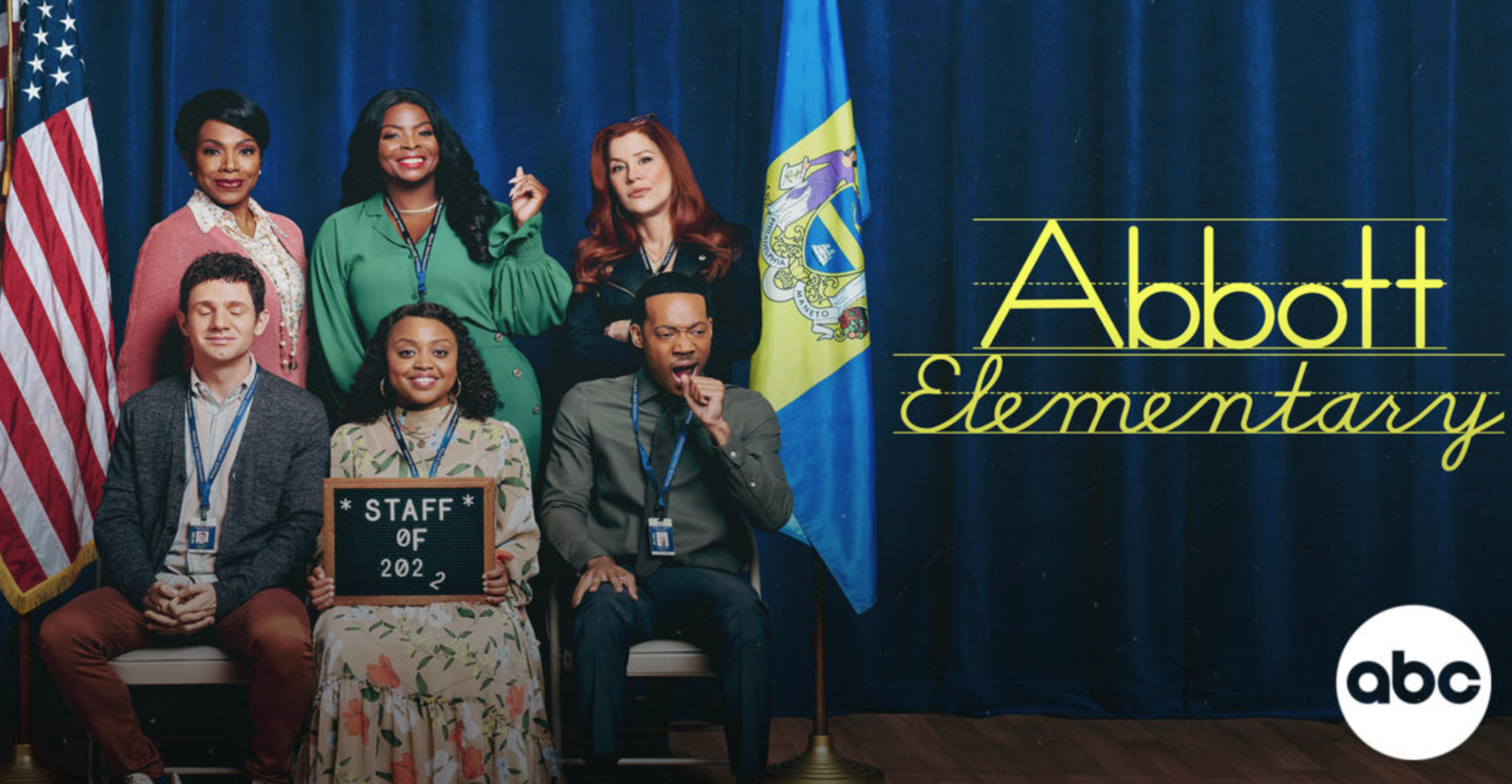 Abbott Elementary, a mockumentary style show that depicts faculty and staff at a predominantly Black school based in Philadelphia — and affectionately called The Office for Black people — is nominated for five award categories for this year’s Emmys, and I couldn’t be happier.

Yes, I am happy because of the great comedic writing that is recognized as well as the performances of Quinta Brunson, Tyler James Williams, Sheryl Lee Ralph, and Janelle James being recognized. However, I am especially happy that a series that centers on an underrepresented profession — teaching — is receiving well-deserved recognition.

The profession amongst Black people that tends to be the most written about and given the most air time are of those in entertainment or in positions of power. For example, Lee Daniels’ trajectory from centering stories on low income Black folks in his films Precious and The Butler heavily shifted to the storylines that I believe he thought would garner him the most success in television: Black wealth in shows like Empire, Star, and Our Kind of People. The only show that ended up receiving any Emmy nominations in the show’s five-year run was Empire.

In Abbott Elementary, which is heavily inspired by showrunner and acting lead Quinta Brunson’s mother’s life as a teacher, they make clear how underfunded and underappreciated teachers are, and it received five Emmy nominations within its first season. It steps away from any “savior” narratives often given to teacher characters in entertainment media, and it also shows realistically how class affects teachers’ personal lives and the type of resources necessary for their classrooms.

I continue to use Lee Daniels as an example because in both his films about low-income Black folks and shows about wealthy Black folks, there is a “pull yourself up by bootstrap in the midst of your Black trauma” narrative that skirts the line of exploitation. While displaying the realities of what teachers go through, Abbott Elementary is able to make joy and humor the centerpoint of each episode. It is proof the Emmys and other entertainment award committees must continue to believe Black consumers when we say we want more Black joy on screen. This show is not a story of exploitation of Black trauma; in fact, it critiques how often teachers and their stories are exploited.

Quinta Brunson even took to Twitter naming how often people have begged her to write an episode about gun violence in Abbott Elementary, and she says no. She highlights, “People are that deeply removed from demanding more of the politicians they’ve elected and are instead demanding ‘entertainment.’” Amidst Abbott Elementary’s success, I’m proud to know that Brunson doesn’t put her show on a pedestal to “teach” audience members through harmful plots even though some viewers have pressured, and continue to pressure, her to do so.

In an interview with Trevor Noah, he names his excitement and hope for viewers pushing for teachers to get higher pay, which I believe is a much better focus than hoping for a “shooter episode.” Brunson and her colleagues and co-stars are doing their jobs in portraying entertainment’s impact and what it means to use entertainment for good.

Given Brunson’s early starts in viral videos as well as a high profile online site such as Buzzfeed, I believe it must have been tempting for her to fall into popular narratives when approached to greenlight a television series. But she takes a new narrative around an underrepresented profession while celebrating harmless archetypes such as the “will they/won’t they” plot for Brunson and Williams’ characters; this is further proof why “The Office for Black people” is a phrase of endearment and not one that is patronizing.

It’s refreshing to see a range of Black actors and showrunners get nominated in general. Personally, in my time watching the Emmys, I have seen more Black actors in the Drama category than the Comedy category. As valid as it is to show stories of Black drama, most of the time it’s also the same narrative over and over again: pain. Seeing Black actors nominated for Comedy in Abbott Elementary, Ted Lasso, and Insecure feels really good considering how hard these couple of years have been globally.

Finally, this joy I have for Abbott Elementary’s success is not only coming from me as a Black viewer, but also a Black person in a social work profession that is in service to my community and as a Black person who grew up seeing my mother work as a teacher. Abbott Elementary celebrates teachers, principals, cafeteria staff, janitorial staff, freelance teaching artists — virtually anyone in connection and in service to the community of a public school. My mother is now a principal, and I’m so proud of her. (Mom, I love you, is this enough to convince you to finally watch the show? Please say yes!)

Stay tuned for the Emmys September 12th live on NBC.