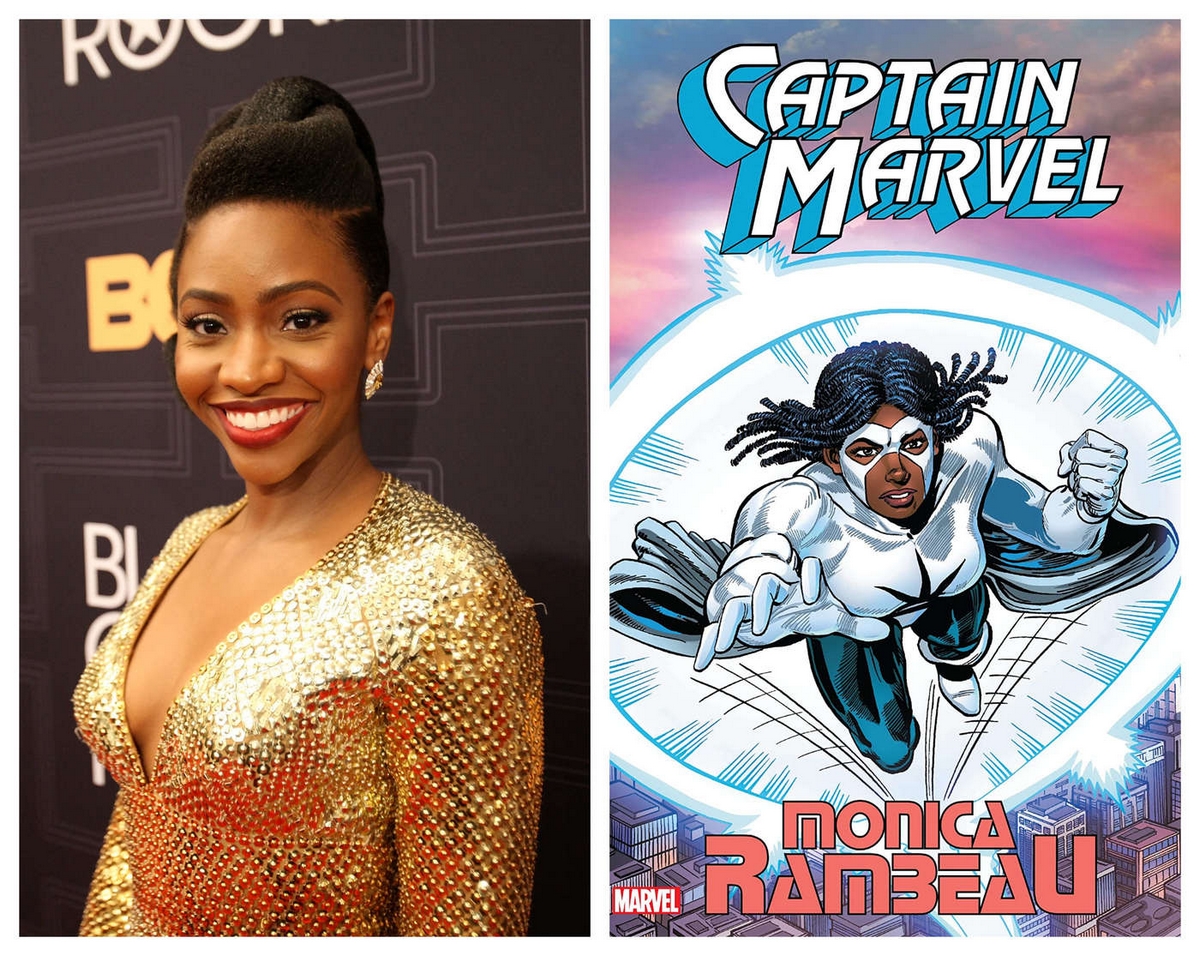 The post-credits scene in 2018’s Avengers: Infinity War was probably one of the most exciting moments to capstone the Marvel Cinematic Universe. Nick Fury watched as Maria Hill (portrayed by Cobie Smulders) disintegrated into nothingness due to the Snap, moments before he too was deleted from existence. However, right before Samuel L. Jackson’s character tried to get in one last “Motherf…” line he’s known for, he activated a strange pager-looking device that fell from his dissipating hand, right before sending a message to an unknown recipient — leaving the fandom baffled as to what the symbol on the device means.

The entire scene was an introduction to 2019’s Captain Marvel — a movie that led to the events of 2019’s Avengers: Endgame. The closing scenes of Endgame set up various stages for the MCU’s expansion, leading to TV spin-offs like 2021’s Falcon and the Winter Soldier and 2019’s WandaVision. But Captain Marvel was also an absolute hit, both critically and commercially, warranting a sequel that would be tied into the MCU’s Phase 4. The sequel, called The Marvels, won’t just feature the return of Brie Larson’s Carol Danvers, but also the emergence of two other significant superheroes: Kamala Khan, also known as Ms. Marvel, and Monica Rambeau, portrayed by Teyonah Parris.

We first met Monica Rambeau as a child, daughter of Carol Danvers’ best friend Maria Rambeau, in Captain Marvel. However, fans really got to know Monica as an adult, now portrayed by Teyonah Parris, in last year’s WandaVision, where she got her superpowers. But how does that correlate with the upcoming The Marvels? And how do Teyonah Parris’ powers differ as Monica Rambeau in the MCU versus her comic book characterization?

The story behind these questions begins ironically with the ending of Captain Marvel‘s first signature film. Maria Rambeau, Monica’s mother, founded S.W.O.R.D. — an extra-governmental intelligence agency centered around Sentient Weapons — becoming its founder. Monica followed in her mother’s footsteps by becoming an Air Force captain before joining S.W.O.R.D. later on. Unfortunately, she was erased by the Snap in Avengers: Infinity War, only to resurrect five years later post the events of Endgame, to discover that her mother passed away due to cancer. Two weeks later, Rambeau returned to S.W.O.R.D.

Teyonah Parris played a crucial role as Monica Rambeau in WandaVision, which, according to canon, took place between Endgame and Spider-Man: Far from Home. Monica was dragged into the supernatural crisis in Westview, where she played an instrumental role in saving the town and its inhabitants from the Hex forged by Wanda Maximoff. However, as she came into contact with the Hex several times, her DNA was altered, and she gained special powers.

These newly acquired powers, at least in the MCU’s WandaVision, are the result of Monica’s altered physiology and include Spectral Vision, which allows her to perceive the electromagnetic spectrum beyond normal human perception. Energy Absorption is another ability Rambeau exhibited, enabling her to absorb and redirect energy like Black Panther’s suit, which performs a similar function with kinetic energy. She was first shown using her Energy Absorption ability when she was hoisted up in the air and let go of by Wanda Maximoff. The power allowed her to absorb the energy of the impact that otherwise would have killed her.

And the list goes on. Rambeau also possesses Intangibility, or phase walking, which allows her to phase through matter — including multiple gunshots, as we’ve seen her do in WandaVision. In addition, her Accelerated Perception augments her reaction time so much that she’s able to track passing bullets with her eyes. Impressive.

Granted, Teyonah Parris’ character was given compelling powers during her appearance in WandaVision, which served as her origin story for the upcoming The Marvels, and her teaming up with Carol Danvers. However, as things are right now, Captain Marvel’s powers are unmatched by any of the Avengers, as she’s nearly unstoppable in her binary form. Furthermore, the comic book version of Monica Rambeau, in her Spectrum or Photon arcs, is at a similar level to that of Captain Marvel, signaling that the MCU version, portrayed by Teyonah Parris, still has a lot to learn.

Her comic book origin story slightly differs from the MCU interpretation, though it does involve an energy disruptor weapon device capable of matter re-composition, similar to the Hex from the Disney+ series. After she started utilizing her newfound powers, Monica was, in fact, given the name of Captain Marvel by the media. She even joined the Avengers as Captain Marvel, though she later changed her name to Photon out of respect for the original Captain Marvel. Regardless of which name she uses, Monica Rambeau is almost as powerful as Carol Danvers.

Though there are many similarities with her comic book counterpart, the powers we’ve seen Monica use in WandaVision are but a fraction of the full extent of her abilities evinced in the comic. These comic book powers are yet to be glimpsed in the MCU, including having an energy form of her own that allows her to transform into any form of energy within the electromagnetic spectrum and to manipulate gamma rays, X-rays, UV, IR, visible light, microwaves, radio, and electricity. Her manipulation of visible light also allows Monica to change her appearance and take the shape of other people, though she can’t actually emulate their biometrics.

In addition to Appearance Alteration, she can alter her size, both shrinking and growing, similarly to Ant-Man (though the mechanics of their powers differ). Her capabilities to manipulate energy allow her to fly in any of her wavelengths and move and react at the speed of light while in her energy form. And the list just keeps going. She can absorb and redirect energy, phase walk, turn invisible, and use energy blasts, and she has hyper-cosmic awareness and eidetic memory that allows her to have a total recall of everything she sees.

So, it would seem that Monica, who we met as a child in Captain Marvel, came a long way to the person we found her to be in WandaVision. But according to the character’s history from the comics, she’s yet to understand her dormant potential. With WandaVision Season 2 out of the picture, we’re left but to wonder: Will we see her develop her powers during the upcoming The Marvels movie, or has she evolved off-screen, growing as powerful as her childhood hero? We’ll find out in The Marvels, starring Brie Larson and Teyonah Parris, when it launches in 2022.