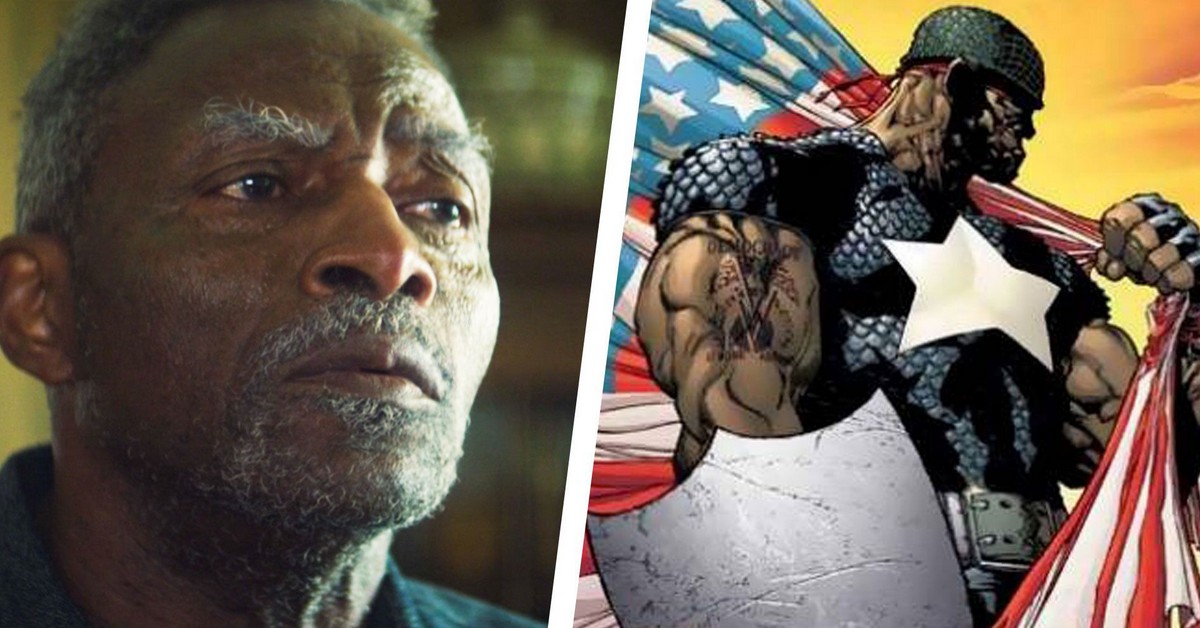 We’re mere weeks away from the premiere of Black Panther: Wakanda Forever, which was officially designated as the end of MCU’s Phase 4. Phase 5 will begin in February next year with the release of Ant-Man and the Wasp: Quantumania and will include two more releases, Guardians of the Galaxy Vol. 3 and The Marvels, in 2023. The phase will continue in 2024, with the release of Captain America: New World Order and Thunderbolts, only to conclude with the reboot of Blade.

While all of these are equally important for the overarching narrative of the Multiverse Saga that leads to Kang being the next Big Bad, the 2024 releases are really making an impact by teaming up all the previously known characters, including the members of the Thunderbolts and Isaiah Bradley — a long-lost and rediscovered Black Captain America. But where is the connection between the two, and how does Thunderbolts set the perfect stage for the return of Isaiah Bradley?

Before we continue, we’d like to point out that Isaiah Bradley’s slated appearance in the upcoming Captain America: New World Order has only relatively recently been confirmed by the powers at Marvel and Disney. So, everything said here should be treated as speculation and contingent upon Isaiah Bradley’s part in the upcoming Captain America film, which will also feature Sam Wilson’s version of the character for the first time on the silver screen — so far, he was only shown in the streaming television medium.

The story of Isaiah Bradley, the second and unknown Captain America, is as much a cautionary tale as a real-world comparison to so many hidden figures who helped shape history. Following Steve Rogers’ apparent death during WWII, the U.S. Army tried recreating the Super Soldier Serum in order to create more super soldiers. One would argue that it succeeded, at least partially, because the U.S. Armed Forces had produced several different versions of the serum during the Cold War.

The serum was tested on African American soldiers under the pretext of providing tetanus shots. Unfortunately, these versions of the serum were imperfect, and soldier Isaiah Bradley was the only one to receive a stable enough variant of the serum. Needless to say, all versions of the serum produced super soldiers, which the U.S. sent on nigh-impossible combat missions, including those performed during the Korean War.

Soon after, the recipients of imperfect Super Soldier Serum variants started becoming unstable and dying. They were quickly captured by the enemy and placed in POW camps, which the U.S. Armed Forces wanted to destroy with an air strike and thus swat two flies with one stone: kill the enemy and cover up unethical experiments on African American men. Bradley learned of this and single-handedly infiltrated and liberated the camp, including his fellow super soldiers.

Unfortunately, all the super soldiers he saved later succumbed to the side effects of the imperfect Super Soldier Serum administered to them. Bradley was punished for his actions and imprisoned despite his service to the United States in the Korean War. He spent 30 years in prison, during which time he was experimented on by the CIA and HYDRA, both of which were trying to replicate the Super Soldier Serum. Eventually, one of the nurses at the facility helped him fake his death and escape.

He relocated to Baltimore, where he lived with his grandson Eli. His residence was discovered by reformed Bucky Barnes, who decided to keep his existence a secret until 2024, when he and Sam Wilson decided to pay a visit. Needless to say, a couple of episodes later, Isaiah Bradley didn’t get any recompense for the injustice done to him, but the Smithsonian National Air and Space Museum updated the Captain America exhibit with a statue and plaque dedicated to Bradley.

It’s important to note that the origin story of the MCU’s incarnation of Isaiah Bradley differs from the one told in comics. The story elements are basically the same, but there are subtle differences. With that said, Isaiah Bradley is considered to be the Black Captain America and is depicted as an underground legend among members of the African American community within the MCU. He even attended Storm and T’Challa’s wedding, where Luke Cage described him as “the first me.”

While the appearance of Carl Lumbly’s Isaiah Bradley is announced in the upcoming Captain America: New World Order, the appearance of Sebastian Stan’s Winter Soldier wasn’t confirmed. However, he is set to appear in the upcoming Thunderbolts — pretty much the MCU’s version of the Suicide Squad — which features numerous anti-heroes from the previous phases as wannabe good guys/gals. And while Isaiah Bradley’s appearance wasn’t confirmed for the film, he could still play an important role.

If he were to appear in the upcoming Thunderbolts, Isaiah’s role would be short — having a hero with too much screen time in an anti-hero film makes no sense — but still important. Anti-hero narratives are filled with redemptive story elements, which usually take the form of a pivotal moment in which an anti-hero decides to forgo personal interests and make sacrifices for the greater good.

No one knows with absolute certainty the narrative elements of the upcoming Thunderbolts, but the filmmakers can use Bradley, especially considering his connection to the Winter Soldier, to push the team of anti-heroes through their pivotal personal moments. While this won’t make him a premier team member, nor should it, it would set the future stage for his appearances in the MCU, regardless of how major or minute those might be.

It would be fun to see him face-to-face with Rogers, on a mission, perhaps. Unfortunately, Rogers went back through time at the end of Endgame, so they’re both retirees in the current MCU continuum — one faked his own death, and the other retired and left the shield in the capable hands of Sam Wilson, a hero who made sure that the memory and legacy of the second Captain America didn’t fall into oblivion.