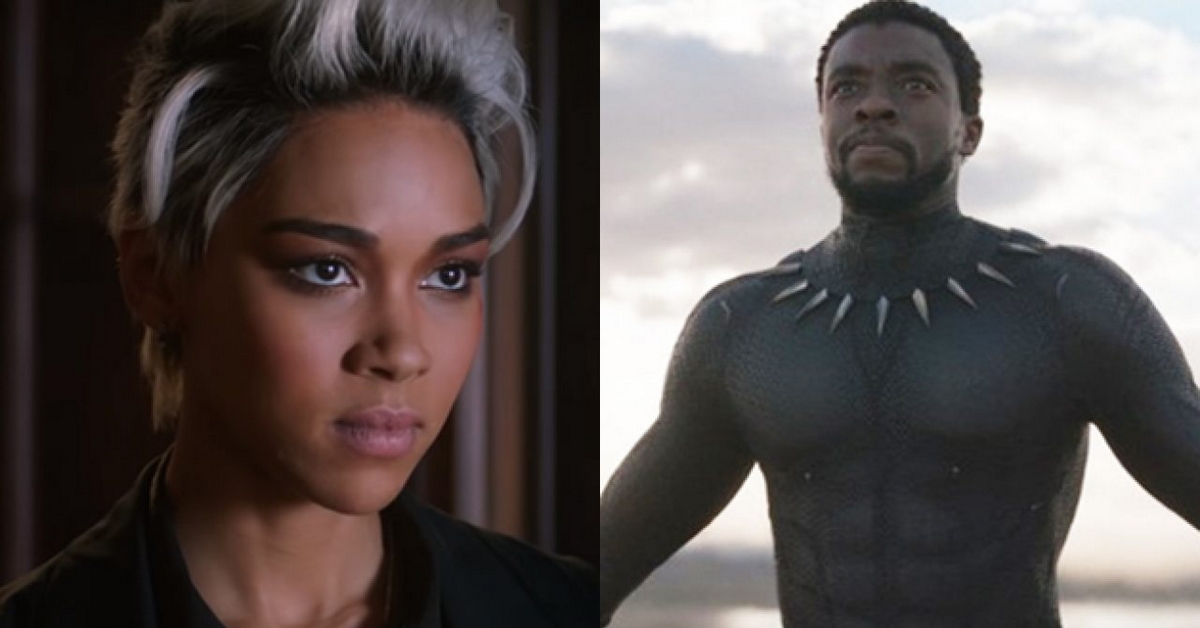 2018’s Black Panther was a fantastic cinematic feat, both on- and off-screen. It leveled box offices worldwide, earning more than $1.3 billion on a $200 million budget while simultaneously proving that a primarily Black cast could attract blockbuster-scale audiences. Of course, its massive success gave rise to extensive fandom speculations, some of which suggested a marriage between X-Men’s Storm and Black Panther’s King T’Challa on the silver screen. In truth, it’s one of the most-anticipated moments fans have been waiting for since MCU announced Black Panther.

However, due to the unfortunate and untimely passing of MCU’s King T’Challa actor Chadwick Boseman, the upcoming Black Panther: Wakanda Forever now stands as one of the most heavily re-written films ever. Boseman’s passing also brought up many questions regarding the movie’s sequel, including who’s the next Black Panther, will Disney and Marvel replace Boseman with another actor, or will the company make some alterations to the storyline? And does a Storm marriage in the MCU even make sense without T’Challa?

Well, that’s a tricky question to answer. What gave credence to fandom’s postulation that Storm and T’Challa’s marriage will be “shipped” in the MCU is Marvel’s near-obsession with canon narratives from the comic books. In Marvel’s Civil War Cease-Fire Event, King T’Challa (Black Panther) proposed to Ororo Munroe (Storm), and the couple did marry to become the premier power couple in Marvel, uniting two worlds — the worlds of mutant-kind and Wakanda. These suggestions were later somewhat affirmed by Disney’s acquisition of Fox, which held the rights to the X-Men cinematic franchise, purporting a potential crossover in which Storm and T’Challa could potentially meet, fall in love, and marry. With that said, these plans were less concrete than fan dream, but it didn’t make a union less plausible.

According to comic book history, T’Challa and Ororo first met as children when young Storm rescued T’Challa as a boy from kidnappers. The pair had instant chemistry and became friends. Unfortunately, they went their separate ways, as T’Challa later joined the Avengers, and Storm joined the X-Men, with their busy schedules and world-saving events keeping them apart most of the time. In 2006’s Black Panther Volume 4: #14 and #15, T’Challa proposed to Storm, and she said yes. The couple married in Black Panther Volume 4: #18, during the Civil War Cease-Fire Event, with most of the Avengers, X-Men, and even some notable villains showed up to help commemorate their nuptials.

However, this is where the world of comics and the MCU go their somewhat separate ways. T’Challa/Black Panther was introduced in 2016’s Captain America: Civil War, whose events predate T’Challa and Storm’s wedding from the comics. The same year, 20th Century Fox released X-Men Apocalypse, introducing Alexandra Shipp as Storm, three years before Disney’s acquisition of 21st Century Fox (and subsequently 20th Century Fox). So, it’s entirely possible that Disney considered a crossover between X-Men and Avengers in 2017 when they set out to acquire 21st Century Fox.

2018 brought us the first Black Panther feature film within the MCU, which chronologically came after the Civil War. Unfortunately, it offered no indications of a potential crossover between The Avengers and X-Men. Instead of meeting Storm, T’Challa’s love interest of the film lies in Nakia, a member of the War Dogs — Wakanda’s equivalent of the CIA. Still, with rights to both franchises in their hands, Disney could orchestrate a crossover between the Avengers and the X-Men at some point, thus adhering to the Storm-T’Challa union that is comic cannon.

Unfortunately, Boseman’s death shook the foundations of the Black Panther franchise, leaving Disney with a problem to solve: replace the actor, or skip some of the narratives and make Shuri into the Black Panther, and Wakanda’s official ruler, in the upcoming Black Panther: Wakanda Forever. Judging by the appearance of Namor the Sub-Mariner in the Black Panther sequel, the latter is the most likely of outcomes — Shuri becomes a Queen of Wakanda and a prime Black Panther. At the same time, T’Challa goes to become the ruler of the Necropolis, the Wakandan City of the Dead. But, of course, this completely disregards the Civil War Cease-Fire Event from the comics, including the wedding of T’Challa and Storm, which didn’t happen in any of the movies.

Moreover, the events of 2012’s Avengers Vs. X-Men comics, in which Namor the Sub-Mariner led Atlanteans into battle against Wakanda, remains as something very likely to be explored in the future Black Panther franchise. According to comics, however, this led to a series of events that left Atlantis ransacked by Shuri and Wakanda severely damaged by Namor, with millions of people exhibiting mutant powers. So naturally, the comic book narrative set T’Challa and Storm on opposing sides, with T’Challa blaming his wife for siding with the X-Men. As a result, he annulled their marriage, and the couple divorced.

Unfortunately, the couple is still divorced in the comics, without any clear indication whether Marvel has any future plans for one of its strongest couples. Given the current state of MCU’s narrative, it’s improbable that we’ll see the wedding between Storm and T’Challa take place on the silver screen. But there’s a glimmer of hope. The chronology of the MCU doesn’t coincide with the release dates of its titles. For example, the highly controversial Black Widow was released this year, but it chronologically sits between 2016’s Captain America: Civil War and 2018’s Avengers: Infinity War. That provides Disney and Marvel Studios with the opportunity to go back and expand the MCU at any given point, including the introduction of X-Men into the MCU.

Disney could opt to introduce a new actor as T’Challa at one point in the future and release a series of movies that chronologically take place between 2018’s Black Panther and some of MCU’s future releases. This could expand the MCU and finally translate the story of Storm and T’Challa’s wedding from the comics to the silver screen.