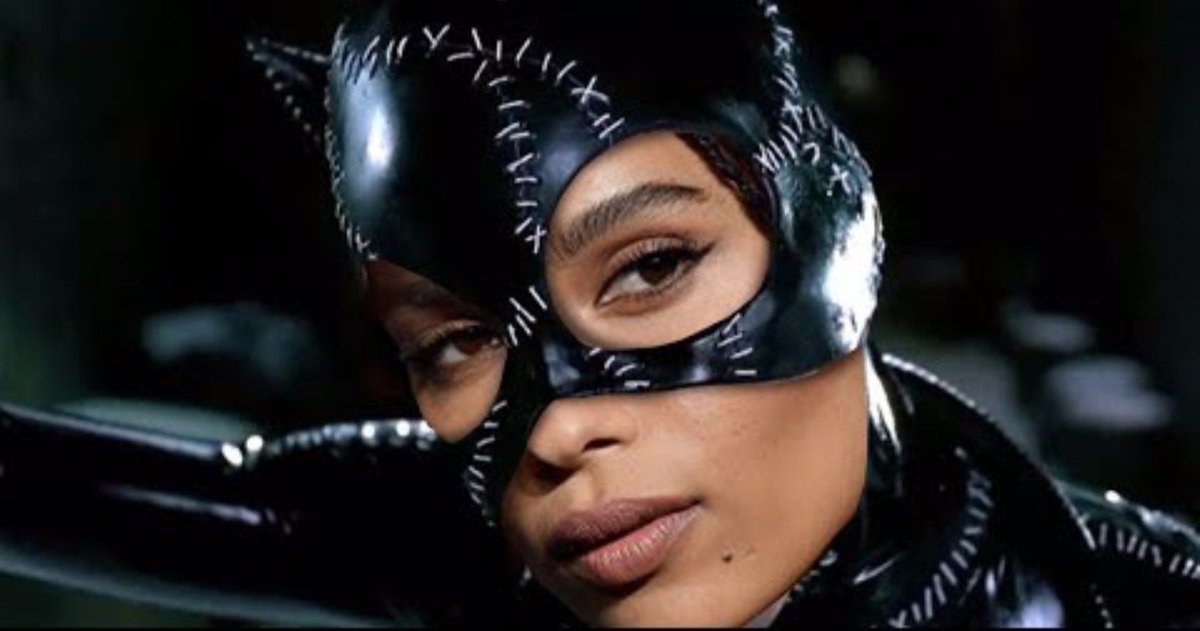 It’s a huge honor to be cast in a role like Catwoman since she is an antihero often linked to other major superheroes such as Batman, Robin, and those we recognize from Gotham City in DC comics. Catwoman is a fictional character who was created by Bill Finger and Bob Kane with her first appearance dating back to the spring of 1940 in a comic book titled Batman #1. Although Catwoman doesn’t have the same type of powers a hero like Superman has, she does bring a lot to the table.

Cat-like speed, agility, reflexes, clever thinking, flexibility, and balance are only some of the beneficial abilities that give her the advantage in a fight. She’s quite resourceful, and the way she’s depicted in the original comics leads us to believe that she’s also very beautiful. It makes a lot of sense for someone like Zoë Kravitz to be cast in the role for the upcoming 2022 movie The Batman starring Robert Pattinson. Kravitz has already made a name for herself as an actor, having starred in projects such as High Fidelity, Divergent, and Rough Night. Here’s what you should know about her preparation for her Catwoman role.

When one takes on the role of a slinky antihero like Catwoman, a lot of research and work is necessary so that they’ll be more believable on-screen. This is likely why Kravitz has done her research by reading through the iconic and unforgettable storylines of the character she’s playing. She revealed in an interview on a podcast called Happy Sad Confused that getting to know more about her character through the dark, gritty original comic books has been one of her methods.

Zoë Kravitz is focused on her diet and nutrition plan

The training plan for Kravitz’s co-star Robert Pattinson has apparently been beyond intense, with him training in Brazilian jujitsu, going for daily runs, and more. According to her podcast interview on Quest Love Supreme, Kravitz is going through a rigid diet and fitness prep plan as well. She explained, “It’s pretty intense. We started shooting two weeks ago, but before that I was in London for two months, just getting in shape, training, learning fights.”

You probably wouldn’t want to mess with Kravitz now that she’s got professional training under her belt. It sounds like she actually knows what she’s doing now and can successfully defend herself if need be. In terms of her diet, Kravitz is primarily vegan according to Insider, and she was even before landing her Catwoman role. Although she doesn’t agree with the idea of depriving herself of tasty treats every now and then, she mainly focuses on consuming unprocessed foods and drinking plenty of water every day. Some of her top non-diet foods include chocolate, peanut butter, and red wine. Kravitz was already in great shape before she began training and preparing for her role as Catwoman so her training for this role means she’ll only be improving.

Instead of being able to simply focus on filming The Batman and doing her best possible job portraying the role of Catwoman, Kravitz has also had to do her best fending off rumors behind the scenes. For a few months there, several YouTubers began spreading the narrative that Kravitz was hooking up with Robert Pattinson on the set of the movie while they were filming together — and that she was pregnant with his child.

According to Small Screen, the rumors are absolutely false with no backing whatsoever. In fact, these rumors are so out of left field that Pattinson and Kravitz both haven’t wasted their breath confronting the media about it.

In preparation for the role of Catwoman, it’s smart to take advice from others who played the part successfully in the past. Zoë Kravitz was able to snag a little piece of guidance from Anne Hathaway, according to Collider.

Although Hathaway established the fact that she didn’t believe Kravitz really needed any guidance at all, she also stated, “If I had any advice it would be literally don’t listen to anybody because I think the only way to play that role is to give your version of it. All of us had different directors and all of our interpretations were specific to the films that [we] were in.” All in all, Hathaway’s advice to Kravitz is to simply take on the role the way she feels is best without copying the style of any other actor who has done it in the past. Kravitz is going to do an excellent job in The Batman.