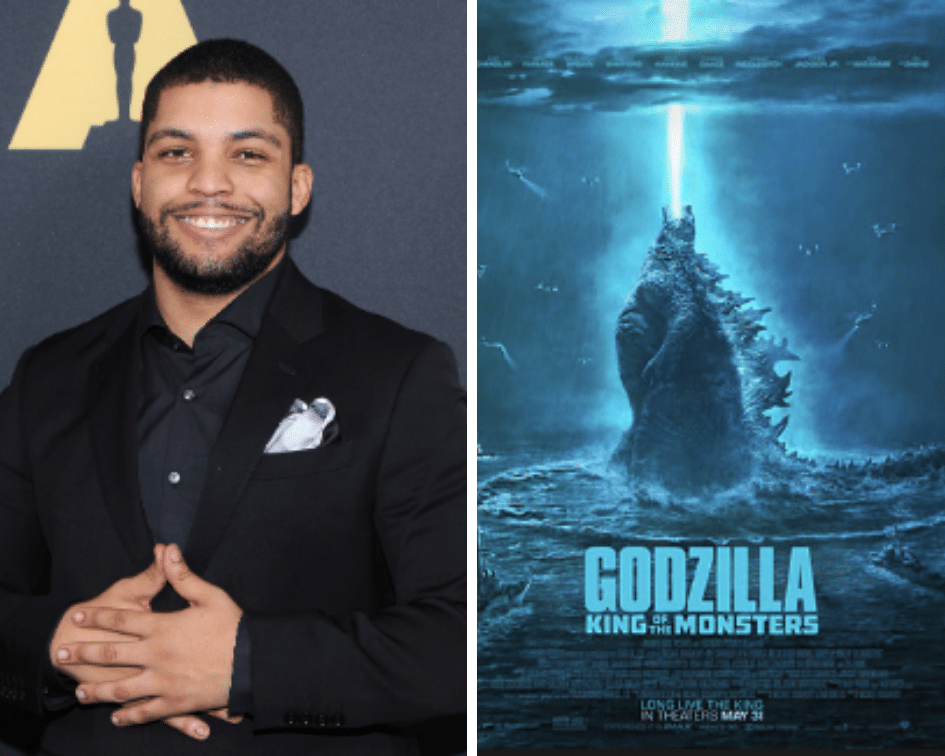 O’Shea Jackson Jr., best known for his role as his father, Ice Cube, in Straight Outta Compton is a total nerd when it comes to kaiju.

What is Kaiju you ask? Kaiju is a Japanese film genre that features giant monsters that attack cities and other monsters. His favorite monster is Godzilla. It’s only fitting that he appears in the latest installment of the Godzilla franchise, Godzilla: King of the Monsters. The new film follows the zoological agency Monarch and the rise of titans Mothra, Rodan, and the three-headed King Ghidorah. Godzilla collides with the monsters as the only hope for human survival. The film stars Kyle Chandler, Vera Farmiga, Millie Bobby Brown, and of course O’Shea Jackson Jr.

Ahead of the film’s release, BGN got a chance to chat with O’Shea about his new role and how big of a nerd he really is. Godzilla: King of the Monsters hits theaters May 31, 2019.

So, this new film Godzilla: King of the Monsters…tell us a little bit about your character in the movie.

Well, I play Chief Warrant Officer Barnes. I am the senior officer on G team, which is a faction of the military that falls under Monarch, which is the organization that watches over the Titans, when they’re dormant or they’re active, and kind of keeps them at bay. So, I have the worst job in the movie.

And how did you get involved with the film? What drew you to the project?

The fact that I was a Godzilla fan. You know, I’ve been a Godzilla fan since I was five, six years old. I always watched the movies, always have been a supporter, even of the Hanna-Barbera cartoon. It’s a dream come true to be able to be a part of this. So when you get that email to audition for it, you’re kind of hoping, praying, and wishing. And yeah, by the grace of God, I was able to get it. And from there, it’s just about doing a good job in acting.

No, Godzilla is the man. Without Godzilla, they wouldn’t even exist. So, you got to go with Godzilla.

Okay, and being such a fan, was there any research you did for the film, for your role, or for the genre in general?

Oh no, I didn’t need it. You know, most of my research had to do with just trying to figure out my military rank, and once we got on set, gave us curveballs to kind of teach us the ins and outs of playing military in a believable aspect. And yeah, I found out what it means to be a chief warrant officer, you know, the type of stoicness you kind of have to have about yourself, and the importance of your beliefs as far as getting what’s right and what’s wrong in the middle of battle, and to keep the least amount of casualties as possible, and to return the young men and women who are under your protection back home safely.

Yeah, is there someone you spoke to that currently holds that rank, or was it just reading?

No, I went straight to the Colonel. Colonel Hans Bush. You can look at him. He’s a real cool guy. He doesn’t know that I know, that he smokes cigarettes.

Can we look forward to seeing you in any of the future monster films coming up?

You know, I’ve been killing this press tour. I’ve been doing a real good job with my interviews, and they really usually like that. And I’ve been the biggest fan of the cast as far as Godzilla goes. So, I’ve been kissing ass as much as I can.

[Laughs] I love it. So, being such a big fan of Godzilla, is there any fictional or real creature or character that you would love to see him face off against?

Oh yeah. I would love to… I wish Godzilla was in Game of Thrones. It would be ridiculous. And Godzilla…I just feel like after Godzilla Versus Kong…I don’t think Legendary should stop. I really think that Godzilla has so much lore behind him that he can go in a multitude of directions… I just hope all those directions lead to O’Shea Jackson, Jr. being in it.

Yeah, yeah. I mean, Godzilla versus Drogo would be amazing. Just saying.

That would be awesome.

So, is there any advice that people have given you as you kind of rise up the ranks here in Hollywood?

Yeah, to stay out of trouble. Staying out of trouble is the key part and a lot of times…you don’t want to be the guy who wins like Best Bounce Back. It’s easier to keep up than it is to catch up. And you have to be smart about what you do with your time, while you’re in between movies, and what keeps me out of trouble is PlayStation and Postmates, you know? They just keep me home and keep me grounded.

Right now, I’m still heavy into 2K. My Lakers are just being garbage right now. On 2K, we’re undefeated, so like, it doesn’t matter. Of course, Kingdom Hearts III. Mortal Kombat 11. I made sure I got that. MLB The Show. Grand Theft Auto 5.

So truly, a PlayStation expert here. 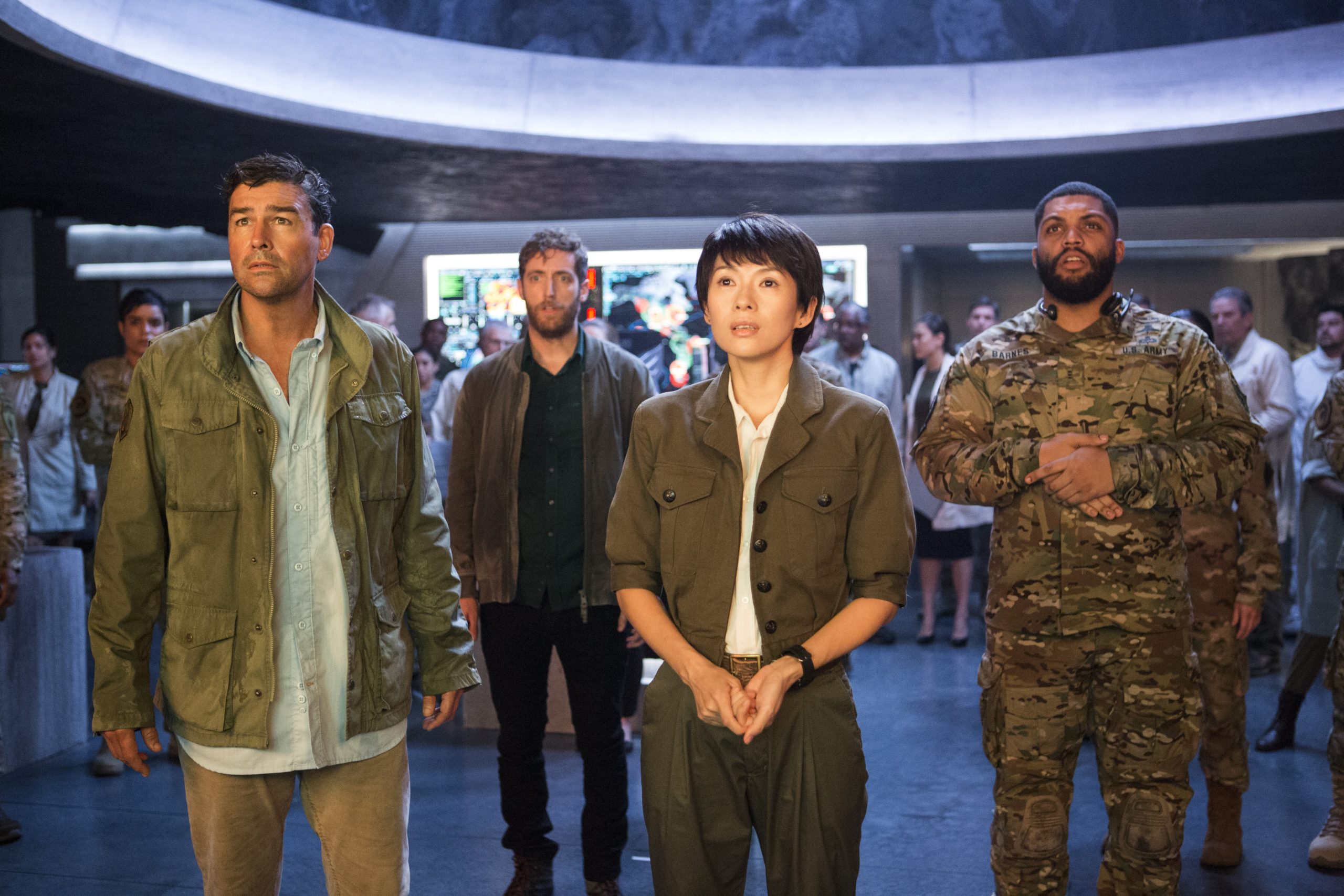 On a more serious note. What’s it like right now for a Black man in Hollywood?

You know, a friend of the family, the late and great John Singleton. When I was studying to go to USC, and he found out about it, he wrote my letter of recommendation to USC. And he took me into the editing bay, and he let me know everything that I was going to have to do and deal with and the trials and tribulations I would have to go through to become a successful filmmaker in Hollywood. And then, he let me know all the exact things I would have to do and more to be a Black filmmaker in Hollywood. And it is a battle that you have to be smart in how you handle and carry yourself at all times and you got to be prepared to pay your dues and do the work.

There’s already an assumption about me. Because when they sign me up, in their minds, it’s first, I’m the rapper’s kid. You know? I’m the rapper’s son. I’m expected to be late places, or perhaps, act unprofessionally. Every set I go to, I make sure I’m an hour, an hour and a half ahead of my call time if I can be. You know? And that’s the standard that I’ll have to set for myself, to never…no matter what, they never have the room to say that O’Shea didn’t step up to the plate. O’Shea wasn’t up to par. O’Shea wasn’t professional.

Yeah, that’s just the hand you’re dealt. And my biggest inspirations, my five heroes, not to name my father, are number one, Kobe. Number two, The Rock. Then, it’s Sonic the Hedgehog, Goku, and Godzilla. All those guys, as far as Kobe and The Rock go, their fathers were in the exact same business as them, and still, they prevailed and took their families’ names to new heights. And when it comes to Goku and Godzilla and Sonic, no matter what the challenge was, they always face it, and there’s nothing you can do to stop it. Their victory is imminent. It’s going to happen.

And so any challenge that they want to give me, I’m sorry, you guys deal with me. I love pressure because pressure makes diamonds.

Last question. I heard that your first love is writing. Can we expect some of that to come to light in your Hollywood career?

Definitely. I just need to get a little bit more famous to get some of these meetings that I want, but that was my first bit of talent that I ever had, you know, was writing a story in fourth grade and having my teacher call my mom to tell her how dope it was. A lot of us have so much talent, and we don’t even know it’s a talent, because it comes so easy to you, and it’s just about honing in on the skills that you got and if I, just because I went into acting, let go of the first skill I remember, I would be cheating myself.

Alright. Well, we’re big fans of yours on Black Girl Nerds, so thank you for taking the time to talk to us, and best of luck with everything right now.

Thank you. I appreciate you.

Millie Bobby Brown and Julian Dennison Have Fun with Monsters in ‘Godzilla vs. Kong’