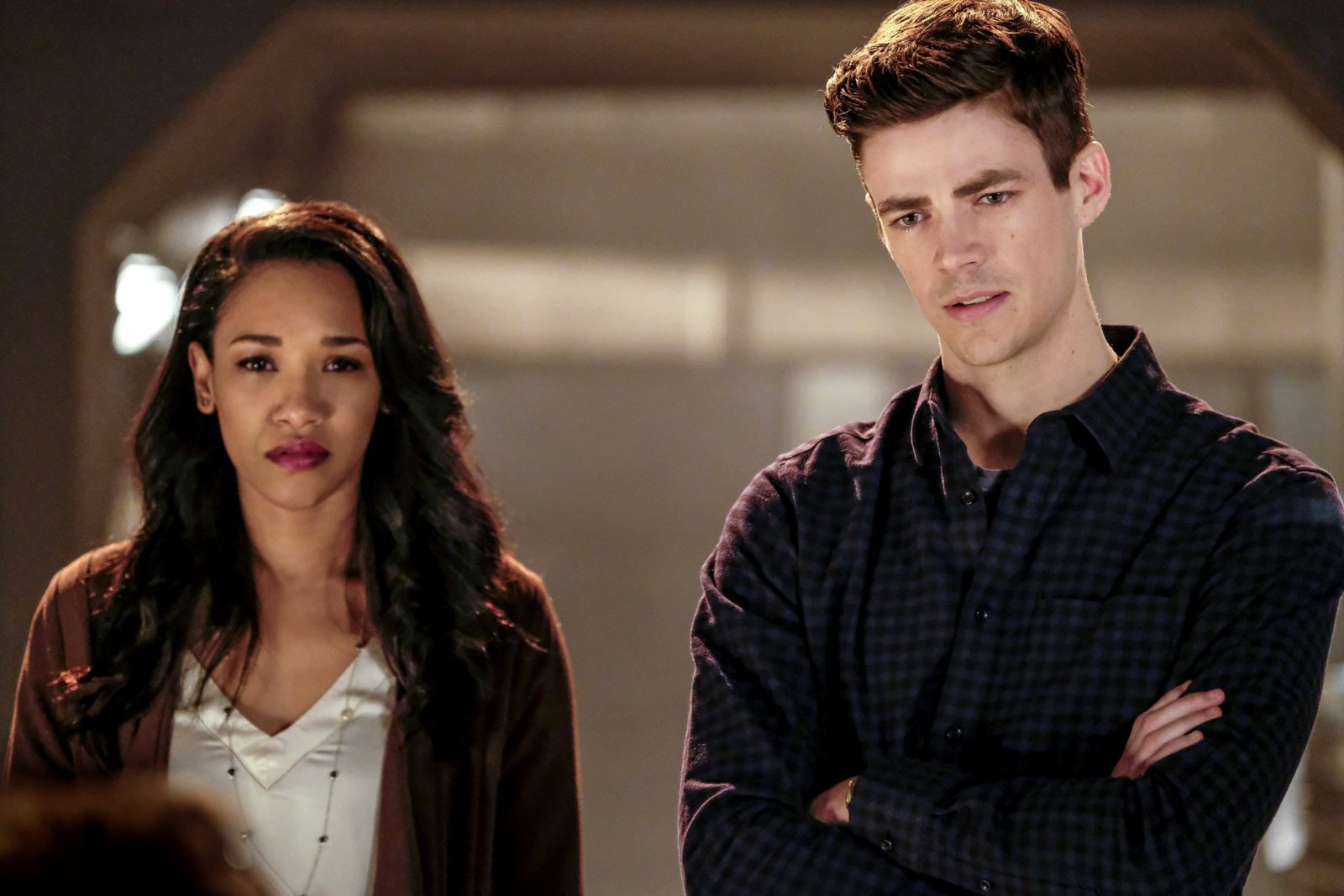 “It’s okay. A girl’s gotta be her own hero every now and again.” —Iris West-Allen

With each passing year, the Arrowverse continues to thrive and flourish. From big event crossovers to nods to its source material, diverse nuanced heroes, and tackling issues that inundate news headlines, the Arrowverse (and the DCEU for that matter) has proven itself to be the superior live-action cinematic universe to that of the MCU.

Whether it’s Felicity Smoak, White Canary, Dreamer, Vixen or The Ray, the Arrowverse doesn’t lack for engaging and diverse heroes. If there is one character, however, who has arguably proven to be the MVP of the Arrowverse, it would be the heroine whose beauty, wisdom, strength, swagger and mystique is without equal: Iris West-Allen (The Flash, The CW Network).

Iris’ gifts aren’t always the most obvious. After all, in terms of abilities, Iris is not a Kryptonian, a speedster (been there, done that), an assassin, or a metahuman. This isn’t to say Iris isn’t powerful in her own right. In fact, being human and a prominent player in an ever-expanding universe of super-powered beings is a testament to how extraordinary she truly is — especially given that she is brought to life by an extraordinary talent: the beautiful and amazing Candice Patton.

Iris Ann West-Allen is the daughter of Central City Police Detective Joe West and the childhood best friend of Barry Allen, better known as the Flash. When Reverse Flash traveled back to the past and murdered Barry’s mother and framed his father, Barry moved in with the Wests. The Flash’s relationship with his adoptive father and better half helped shape him to become the champion worthy of the Speed Force. But while some people grow into champions through a twist of fate, a catastrophic event, or the gaining of superpowers, others are innate superheroes. Even at a young age, Iris proved herself to be her father’s daughter in possessing an indomitable drive to serve and protect others as she helped Barry weather bullying at school. Iris made repeated attempts to enroll in the Central City Police Academy only to be shut down by her father. Finding her calling as an investigative journalist and blogger, she used her stories to expose corruption, bring criminals to justice, give a voice to the downtrodden, and inspire hope in the citizens of Central City when imminent threats were most dire, usually by reminding them they had guardians in Team Flash.

In fact, in hindsight, it was almost inevitable that Iris herself would become the leader of Team Flash. Over the course of the series, viewers have seen different versions of Iris in alternate realities. On an alternate Earth, Iris became a prominent officer of the Central City Police Department. In another reality, she was one half of a crime-fighting duo with her brother and speedster Wally West, aka Kid Flash.

As a reporter and The Flash’s love interest, Iris has been in peril numerous times, but a damsel in distress she is not.

Are we noticing a pattern here? Iris West-Allen is a certifiable badass. As impressive as she is, kicking butt isn’t her only gift — in fact, far from it. Most precocious, Iris is often the voice of reason, wisdom, and strategy for Team Flash. Just as important, Iris is a woman of empathy and compassion, which has allowed her to deescalate many a crisis, talk down villains, and save lives without the use of superpowers or violence. One key example was when she and Barry squared off against Clifford and Marlize DeVoe throughout the fourth season. Throughout the year, Iris would discover that in many respects the DeVoes were older evil versions of the Allens, which is why, even though Marlize had tried to kill her, Iris saw the good in Marlize (a humanitarian who had lost her way) when she helped Team Flash stop DeVoe. It was also from Marlize that Iris learned as a wife she would go to great lengths for her other half, such as jumping off the roof of a building with a rope attached to save a falling Flash when he temporarily lost his powers. Nora — Barry and Iris’s speedster daughter from a future timeline — couldn’t decide what was more surreal: the fact that her human mother leapt from a building to save her father or the fact that Iris was nonchalant about instinctively performing a heroic (and near suicidal) feat.

With the exception of Killer Frost and Captain Cold, you won’t find someone who keeps a cooler head under pressure. Barry’s true north, Iris is the voice in his com who inspires him, galvanizes him, and reminds him of what he’s fighting for. The rapport between Iris and Barry was further emphasized when Iris temporarily gained Barry’s powers and the roles were reversed. Even when reality was altered and Barry and Oliver switched lives during the Elseworlds crossover, Iris saw the truth and recognized her other half. The reality is that the Flash is both Iris and Barry. Barry might be the physical half, but Iris is the muse, the spirit of the Scarlet Speedster. The Flash television series itself expanded the grim Arrowverse and infused it with hope wonder.

Oliver was right when he told Barry that it was no accident that the Speed Force chose him, just as it wasn’t random that the Speed Force took on the form of Iris in its interactions with Barry. Both the Speed Force and Iris are key to making the Flash the superhero that he is. To that point, as XS, Nora was potentially the greatest speedster of them all. As Barry pointed out to Iris, she possessed the best qualities of both of her parents.

Nora isn’t Iris’s only legacy, or for that matter Patton’s. Patton’s portrayal of Iris on the series resonated with viewers so much that it inspired the successful #KeepIrisWestBlack online campaign for the upcoming DCEU adaptation of The Flash. If that isn’t a testament to all things #BlackExcellence and #BlackGirlMagic, nothing is.

Here’s to you, Iris West-Allen.