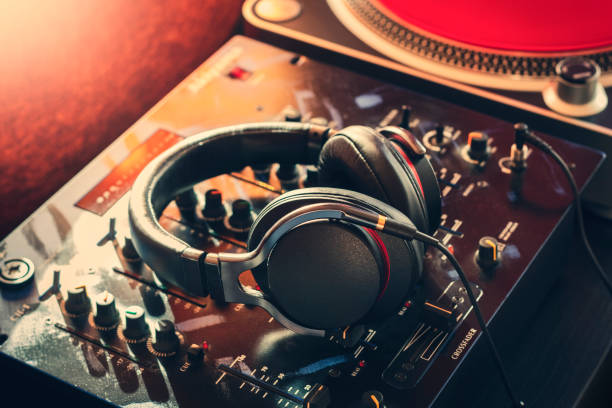 If you haven’t heard Drake’s song “Massive” or memorized the lyrics to Beyoncé’s “Break My Soul” then you must not have any connection to social media.

When these two prominent artists released songs that share similar fast tempo house beats, the internet went crazy. The Twitter universe was flooded with reactive tweets such as, “I’m glad Black people are reclaiming house music.” Or humorous tweets such as @theferocity saying, “Drake tried to give house and Beyoncé said, ‘mmm, sounds more like an apartment, bb.’”

On the other side of praising Queen B for coming out with a song that goes against capitalism, represents the queer community, and makes us get up in dance is a conversation about house music.

Some believed that house music had died and Beyoncé resurrected it. However, Beyoncé simply honored a music style that has kept us dancing for over a decade.

Here is the history, and dare I say the Black history of house music.

What is house music?

House music is the musical child of disco. It is a contagious style of music to dance to because of its structure, usually with slow build-up with subtle breakdowns from the DJ. Throughout a track, the music becomes faster and the beat drops, enticing everyone to dance.

The house sound is often characterized by a synthesizer and drum kick machine.

It’s not surprising, with its unique sound, that house music is rooted in Black culture.

The Black History of House Music

To tell the history of house music we have to acknowledge that it was a phoenix that rose from the ashes of disco.

Disco went from being the music that united people from all walks of life to mainstream to being hated and banned in many places. It wasn’t long after disco started to fade from the limelight that house started to develop thanks to DJ Frank Knuckles.

In Chicago’s nightlife within the walls of the infamous nightclub, the Warehouse, Knuckles was playing tracks and records that the people had never heard before. Without a source of origin, people started referring to the music he spun as house music because the Warehouse was the only place you could hear it.

The genre of music became solidified with DJ Ron “Heart Attack” Hardy.  At the club, Hardy would play these beats that were loud and faster than traditional disco. Then in 1984, Jesse Saunders released the song “On and On,” which was the first house track to be released on vinyl. After this, house was able to stand on its own as a unique genre of music.

With these Black music pioneers paving the way for house music, it makes you wonder how house became diluted with mainstream and EDM types of music.

ALSO READ
Beyonce's Album 'Renaissance' Has Been Under Attack but Why?

Let’s first take a look at these true house music artists who expanded the genre.

DJ Pierre and Acid House: Pierre created what is considered the first acid house recording. Acid house is most known for its use of a Roland TB-303 Bass Line synthesizer.

Larry Heard and Deep House: Heard is most known for his song “Can you Feel It.” Throughout his career and in the present day he continues to collaborate with different artists to cultivate a unique side of deep house. Deep house music is known as a more chill and soulful version of house music, usually played at the end of the night or after parties.

Marshall Jefferson, a Founding Father of House: Jefferson is most known for his song “Move Your Body.” He was an influential artist in the Chicago night scene. He has helped the development of not only acid house music but deep house music as well.

These are only a few of the artists who have helped the progression of House music. If it were not for them, many mainstream artists and DJs would not have their fame.

In an article written by Michelle Kambasha in The Guardian, she expresses how artists such as Daft Punk and Pete Tong gained popularity by sampling music from Black artists, what was in the early 1990s an attempt to erase Black culture.

It’s a tale as old as time. Black artists created a unique sound, and white mainstream culture sampled it without giving credit to the originators.

Now in this new decade, the question is whether house music is making a comeback.

The Future of House Music

With Beyoncé just releasing a new album that has a heavy house influence, will other Black mainstream artists take back house and stop its association with raves and neon lights?

It’s hard to tell. But it’s important to know that house music is still alive and well. Although it might be harder to find and might take some digging into the underground scene of popular cities such as Chicago, New York, San Francisco, and Los Angeles, there are still dedicated house DJs and fans.

According to an article in NPR, house music has traveled across the Atlantic to South Africa where the tempo of house music is slowed down and mixed with Afro beats. It’s a curated sound that can be heard on almost every street corner.

With its international influence, it’s evident that house is here to stay — and perhaps it never went anywhere.

Whether you’ve been a die-hard house fan or are not more curious about the genre, remember that house music has been and always will be Black culture.