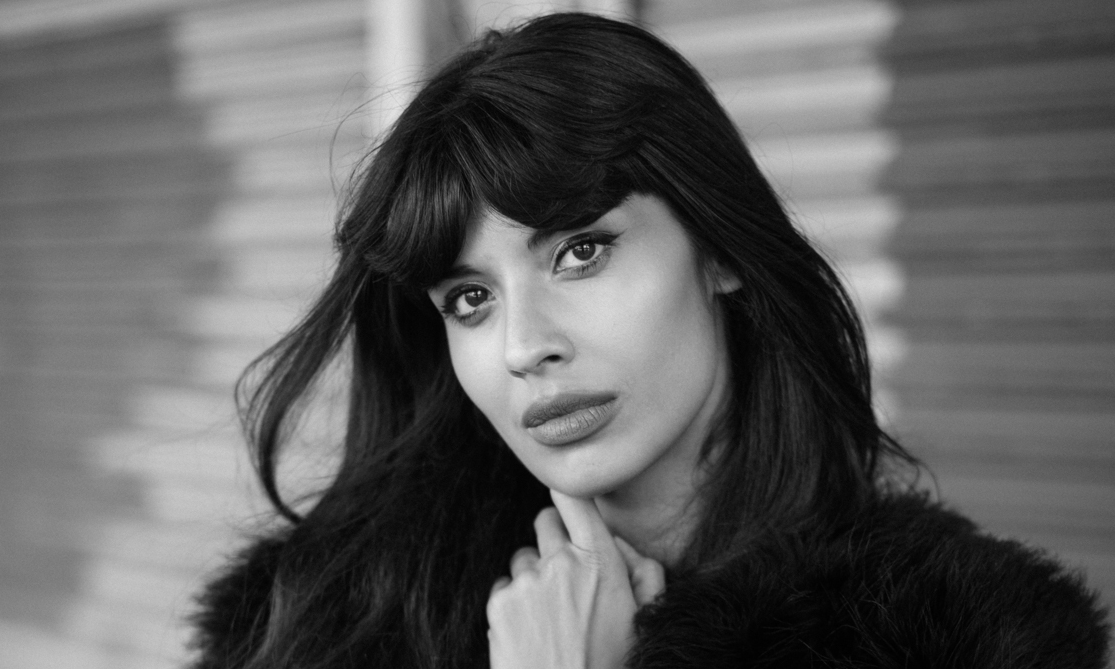 Paramount’s Star Trek: Prodigy is a fantastic animated series that every generation in a household can sit down after dinner and watch together. The series is about a hodge-podge group of enslaved teens who steal an old Starfleet ship and explore the galaxy. Hot on their tail is Captain Janeway (Kate Mulgrew). Captain Janeway is also a part of the stolen ship’s AI as a hologram who serves as the teen’s mentor along the way. Jameela Jamil shines as Ensign Ascencia, a Trill bridge officer who, in a recent episode, reveals a surprising secret that sends the entire show in a fascinating new direction. BGN spoke with Jameela Jamil at a recent Zoom press junket about her compelling new character and being a part of the Star Trek universe.

I read that you’re a huge Star Trek fan. Other than Prodigy, what is your favorite show in the franchise?

I identified with how grumpy Worf [Michael Dorn] was and felt like he got a really bad rap. And as a Brit, I identified with that, but Data was the one I saw so much of myself in data as a kid. And I learned how to understand many things via his character arc in Next Gen.

If you weren’t playing Ensign Ascencia, what other character would you love to dig your teeth into in this world?

To be perfectly honest, I’m thrilled with this character. There’s no character I would rather play. She’s not only one of my favorite characters within the show, but she’s one of my favorite characters, not just in voiceover that I’ve ever played, but that I’ve ever played. I love her so much. I think she’s so interesting. I think her backstory is so complicated, relatable, and sad, and also, she clearly an a*shole. I just love how complex she is. I love when women are given really complex roles that don’t fall into any stereotypes, which I feel like hers doesn’t, and I would die to do a live-action of Ascencia. That would be a true dream of mine. We’ll put that out into the universe.

You’ve got such amazing comic timing, and Ensign Ascencia is a little bit on the serious side. Will we get to see any of your comic timing put to use in future episodes?

There’s a bit of Scar from The Lion King that I’ve put into her so she becomes more playful once she starts to feel comfortable in her villainy. I feel like we start to see more of her playful quite grotesque side, the way that she gratuitously enjoys what she’s doing. It’s very, very unhinged. And so I feel like I get to put a little bit of that into this, but generally, this is quite a dramatic role, which I think is why I would love to explore this character further and take her into other dimensions if possible. I just love playing her.

It’s great that the writers explore such complexity, especially for a children’s show.

It’s also teaching children and anyone who watches it complexity. I think Star Trek has always done a good job of this. For example, to explore why anyone’s this angry, where this anger comes from, and how it’s very rare that the bad guy actually thinks

that they’re the bad guy. She [Asencia] doesn’t think that she’s on the wrong side. She thinks she’s on the right side and that they [Starfleet] are evil and must be punished. Teaching people that there are two sides to any story is important. And it doesn’t mean that she’s right. And it doesn’t excuse any of her behavior. But it is important to understand that nobody’s pain comes from nowhere.

Switching it up a little bit. I recently reviewed the Star Trek Cookbook: Culinary Adventures in the Final Frontier. Which of these recipes would you love to try:

The fan responses to this show. It’s really sweet. The age range is so vast, unlike anything I’ve ever done. It’s really exciting to get letters from parents about how they can bring their kids into this world. So I think right now that’s been one of the great joys of the end of this year for me has been interacting with the Star Trek fan base and how welcoming they’ve been to me and how much fun we’ve had together since Comic-Con, when I was able to let my full freak flag fly.

New episodes of Star Trek: Prodigy stream Thursdays on Paramount+ to be released on the Nickelodeon network.