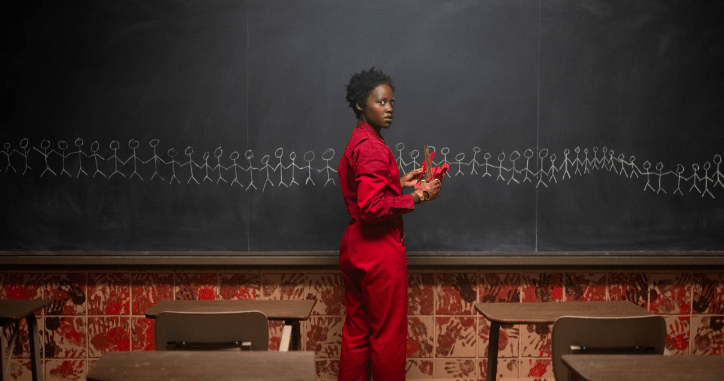 Since his breakthrough debut Get Out and its fantastic follow-up Us, Jordan Peele has made no secret that he is not interested in telling stories centering white folks. Peele has essentially promised horror fans of color that his stories will unashamedly feature Black people and Black stories. And why shouldn’t he? White-helmed and white-centered storytelling is the norm of Hollywood after all, including the horror genre. But in spite of his desire to focus on telling Black stories specifically, Peele’s sly commentary and critique of whiteness in his sophomore feature Us deserves some proper unpacking.

Following the Wilson family — Adelaide (Lupita Nyong’o), Gabe (Winston Duke), Zora (Shahadi Wright Joseph), and Jason (Evan Alex) — on vacation in Santa Cruz, a series of bizarre events and strange coincidences begin to suggest to Adelaide that something terrible from her past might be hunting them all. The situation escalates when the Wilsons discover a family in their driveway that looks exactly like them, but off. These so-called Tethereds are identical copies of humans who have been experimented on in a huge underground research facility that’s long been abandoned, forcing the Tethered to the surface. 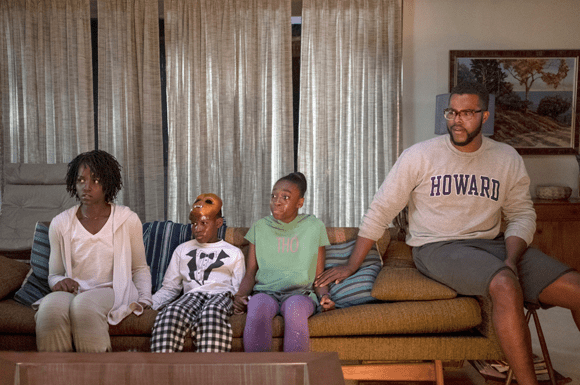 But there is so much more than this. Adelaide’s “other,” Red, is keeping an even bigger secret than anyone suspects as her Tethered family of Abraham, Umbrae, and Pluto terrorize the Wilsons. Abraham is uber-violent but with an underlying sadness that suggests he has a deep understanding of what he was forced to do to Red, even if he is nonverbal. And of the children, Umbrae is hugely demented, and Pluto is a pyromaniac, demonstrating in no uncertain terms just how different the two families are even though they may look exactly the same.

But in the meantime in Us, we’ve also been introduced to a white family the Tylers — Kitty (Elisabeth Moss), Josh (Tim Heidecker), and their twin daughters Becca (Cali Sheldon) and Lindsey (Noelle Sheldon) — who pit themselves against the Wilsons on several levels. The Tylers are more affluent, and Josh will not let Gabe ever forget it. Kitty hates herself almost as much as she hates her husband, and she pines for youth, beauty, and an acting career she feels her daughters took from her. She drowns her sorrows in alcohol and plastic surgery while openly resenting Adelaide’s natural beauty and perfect skin. And the bratty twin girls are zombie Regina Georges even before the horror of the main film begins and we meet the Tylers’ Tethereds. 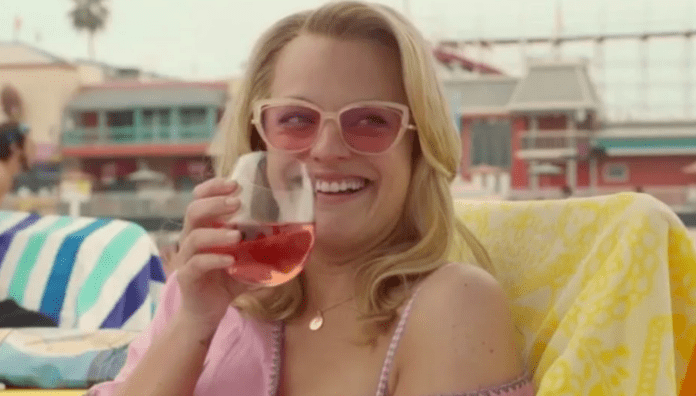 Unlike the Wilsons’ others who are extremely and fundamentally different people, the Tylers’ Tethered are actually very much like their counterparts, even down to personality quirks and behavior. Josh’s Tethered Tex also thinks he is a comedian, with jokes that turn quickly menacing, just as they were with Josh. The twins’ Tethereds Io and Nix are equally deranged staring girls who mirror the behavior of their others even as their more animalistic side emerges. And Kitty’s other Dahlia is as obsessed with her own looks as she is with Adelaide’s. We see the scars on Dahlia from quite a lot more plastic surgery than Kitty has admitted to getting. The biggest difference between the two Tyler families is that Kitty’s other Dahlia is completely silent, not even making a noise when she slices her own face open in an oblique reference to the notorious and gruesome Black Dahlia case of 1947.

While the Wilsons’ others look like them but clearly aren’t, the Tylers’ others look and act like them to such a degree that it takes the Wilsons’ several beats to realize Josh and Tex are not the same person. Jordan Peele quietly suggests that the whiteness that shapes the Tylers aboveground has also shaped them underground, from Josh’s laissez faire attitude, Kitty’s narcissism, and the twins’ general brattiness and entitlement. 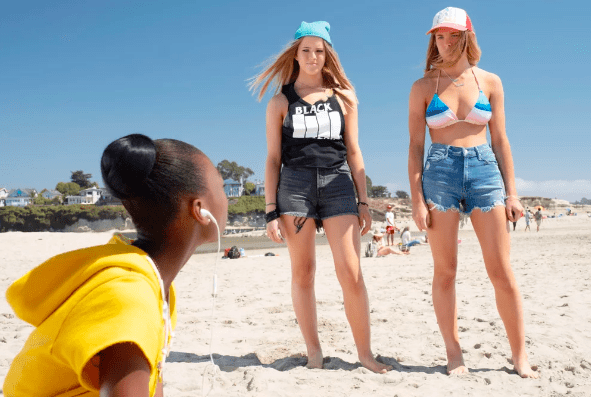 Watching Us again in the wake of so much huge social upheaval in America on account of the pandemic as well as the murder of George Floyd, I cannot help but link Us to the horrors of whiteness we have seen playing out in terrible technicolor every day. When Christian Cooper, a Black birdwatcher, asked a white woman Amy Cooper to leash her dog, his footage clearly shows her weaponizing her whiteness when she calls the police. Amy Cooper even tells Christian, “I’m going to tell them that an African-American man is threatening me,” in her normal voice before suddenly performing the scared white woman hysteria that gets Black men killed by cops. Like Kitty Tyler, Amy Cooper and her tethered are the same person. And like Kitty Tyler asking their voice system to call the police and instead playing NWA’s “Fuck the Police,” the police were not available for Christian Cooper’s justice; social media was responsible for punishing Amy Cooper instead. 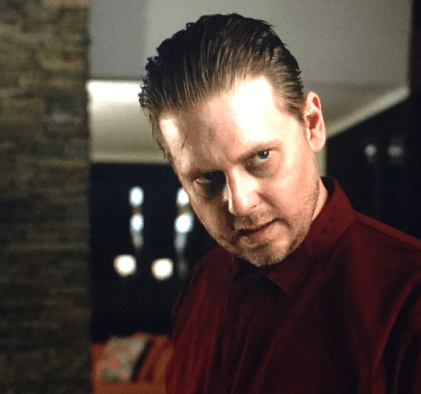 Just as with Tex’s performative comedy that leads to extreme violence, we are seeing footage of cops kneeling alongside George Floyd supporters just long enough for a photo op to then turn around and gas, beat, arrest, and otherwise mangle peaceful protestors.

While Us might present Get Out’s Sunken Place embodied in a new way, the contrast between the Wilsons’ and Tylers’ others slyly hints at a kind of fundamental toxicity of whiteness, white privilege, and its intersection with all kinds of violence, which is why the Tylers and their mirrors are so much more alike than the Wilsons and theirs. Even in the best conditions above ground, the Tylers are still a family of sociopaths and narcissists, who use cruelty as currency as much as the stacks of paper their privilege have afforded them in a scarily similar way to the soulless monsters who came up from underground in their red jumpsuits, brown sandals, and big gold scissors.

Is it possible there were other white families who, like the Wilsons, were significantly unlike their Tethereds? Of course. But the fact that Jordan Peele made these specific creative choices in Us using a Black family and white family as two sides of a spectrum can only be read one way: whiteness poses an inherent and specific kind of threat, in particular towards Black folks. Casting Elisabeth Moss was a particularly clever move on Peele’s part as it also references the idea of forced reproduction in The Handmaid’s Tale that is also present in Us, as well as the fact that in real-life Moss is a Scientologist, an organization well-known for being a white-people cult masquerading as a money-hungry religion. Peele really went there with this one.

Ultimately, this deeply ingrained thread of social commentary on whiteness in America in Us only adds to the film’s exceptional power. The Tylers are a sidenote to the Wilsons’ story, but what a scathing subplot they end up being as Peele once again manages to sneak in the legitimately terrifying banality of whiteness and its resulting violence almost without anyone noticing. This is “I would have voted for Obama a third time” multiplied by an entirely different horror of whiteness that is far more frightening than anything Red or her family might have done.