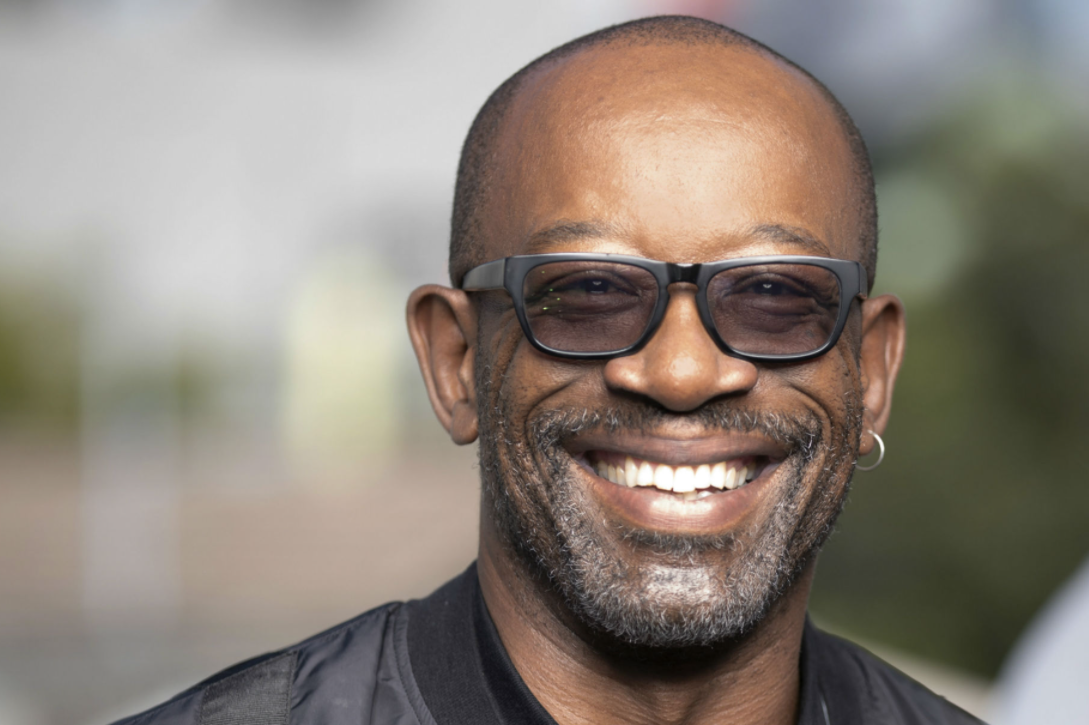 AMC’s The Walking Dead Universe is one of the most wildly popular television franchises of the last decade. That its flagship show has not only lasted but also spawned the formidable Fear the Walking Dead series is commendable. Both shows have garnered die-hard fans who wear show-themed merchandise, discuss the latest episodes with co-workers and tune in every week for intense storylines that make you wonder what you’d do in the same situation.

One of the universe’s beloved characters is that of Morgan Jones. Fans met Morgan at the beginning of The Walking Dead and he has been the only character to cross over and exist on both shows. Morgan, played by Lennie James, has had one of the more complex storylines in the series and James has finessed the role with confidence and grace. James’s success in the franchise is a credit to his approach in analyzing who Morgan Jones really is.

BGN spoke with James via Zoom about Morgan’s epic character arc, the challenges of being Morgan, and his hopes for the future of the character.

How would you describe Morgan’s character arc from his first appearance on The Walking Dead to his current role on Fear the Walking Dead?

It’s been an epic journey is the only way that I can describe it. It’s been a journey that you could not have seen where he is now from where he was when he began. I think that that is what has made it an absolute gift for me as an actor. A lot of the big turns in Morgan’s arc you just didn’t see coming. A lot of the choices he made, the places he finds himself in, the things he’s done… you didn’t know what was going to happen before it happened. I like to play characters who have an interesting internal monologue. I’m very much aware of what my characters say to other people. The thing that interests me, Lenny, as an actor is what that character is saying to themselves or hiding from other people by not saying. That’s how I build my characters. Morgan has one of the most interesting internal monologues of any character that I’ve ever played. So, how would I describe his journey? I would say that it is an epic, big, bold, brave journey of a unique man.

What’s been the most interesting part of playing a character in this particular franchise?

I wasn’t really an aficionado of the genre before I came to America. I think that one of the things that surprised me, one of the things that I’ve learned, one of the things I enjoy is the incredibleness of the genre that we live in, in the sense of the dead walking. It is on one level so unreal, the way that we are able to tell stories that deal with real emotions, real dilemmas, real victories, real joys, and real feelings. The fact that we’re doing that against the backdrop of what you could, on one level, describe as something so unreal is something that has fascinated me and surprised me all the way through this trip. I love it. It’s the victory of this universe that it connects to people on a real level, even though it’s a fantasy world.

Considering you’ve had many roles, what has been the most challenging part of playing Morgan?

The most challenging part of playing Morgan is holding on to who he is at his core; holding on to who the man is, because the man manifests in many different ways. The question I get asked quite a lot is, “Who do you prefer playing? Crazy Morgan, or monk-like Morgan, or leader Morgan?” My answer to that is always, “They’re all the same guy.” That’s my job. My job, and it’s the hardest part of it, but the bit I enjoy most, is making all of those people the same guy. However, whatever situation he finds himself in, and there have been many, I want the audience to believe that the choices Morgan’s making are the choices that are true to him.

Why do you feel Morgan is still hopeful for the future, considering all that he has seen and been through in this post-apocalyptic world?

I don’t think he’s always been hopeful. I think there was a long period of time where Morgan believed that his time on this Earth was a curse, and that he would much rather have been gone with Jenny and Duane. I think that Morgan has fought for his hope. I think that the hope has come to Morgan late, and the hope has come hard, and I think that it manifested itself in the role that has been kind of thrust upon him as leader, and also this surprising thing that his heart did when he met Grace. I think that those were both things that he believes were out of his control. That’s why he has hope. I don’t think he was a hopeful person for a very long time, but he’s learning to accept hope, and trusting hope, mostly because of how he feels about Grace and his need to protect the people that he cares about.

What can you tell us about Morgan to prepare us for the finale, and what is your hope for Morgan’s character in the next season?

I will say that the final episode is, I believe, in keeping with the way that we have told the story this season. I think it’s a big, brave, bold, engaging, exciting, challenging episode that will take people by surprise. I also think it is a satisfying episode. This episode goes out in a way that it’s gonna need some figuring out, but that’s genuinely about as much as I can say about that. What would I like to see for Morgan? I don’t know, really. I’ll take whatever comes. One of the things that’s worked for me and my relationship with Morgan is that he keeps constantly surprising me, and he keeps challenging me, and he still interests me, and I want that to continue. I want Morgan to surprise me and surprise the audience. I want Morgan to challenge me and challenge the audience. I want Morgan to interest me and interest the audience. That’s genuinely my hope, even if it has been a hope that I’ve had for this character for a while.

It was an absolute pleasure to interview Lennie James. His even, carefully thought-out responses made my job easy. With his consideration and thoughtful approach to Morgan, it is understandable why the character has remained a fixture in The Walking Dead Universe.