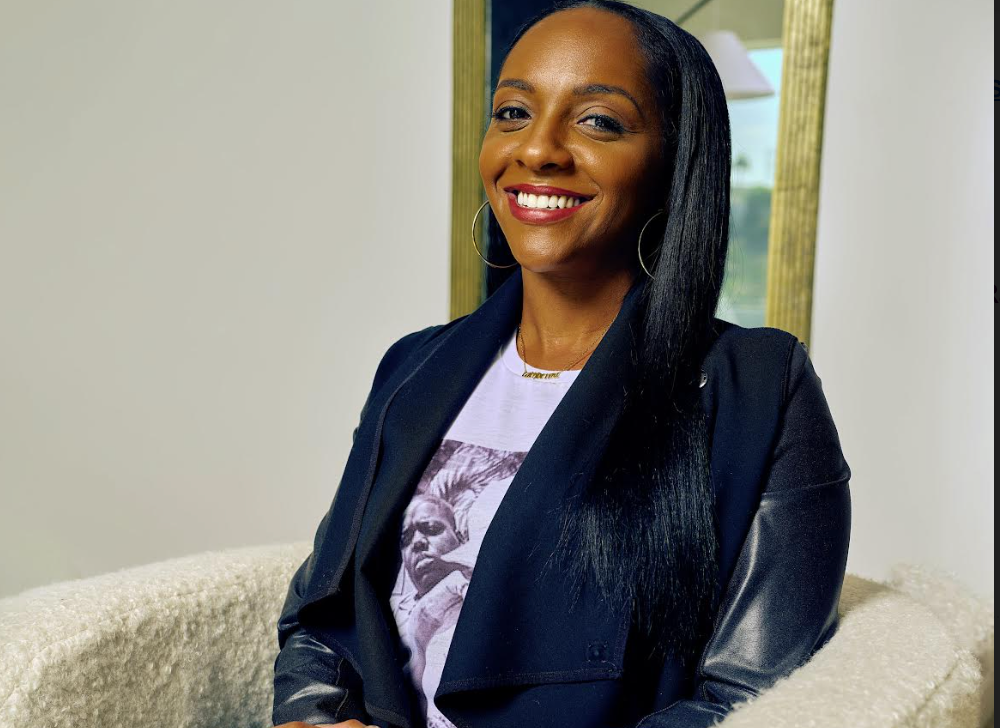 Raamla Mohamed started out as a research assistant on Scandal; she worked smart, climbed the ladder, made it into the writers’ room where she wrote eleven episodes, then advanced to being a producer on the groundbreaking show. Mohamed collaborated with Kerry Washington again as a co-producer on Hulu’s Little Fires Everywhere. Now Mohamed is working with an all-Black creative team, from all of the department heads to the writers and directors (including Kerry Washington) on the gripping (and sexy) new legal series on Hulu Reasonable Doubt. Days before the autumnal equinox, BGN spoke with Mohamed at the Reasonable Doubt press junket via Zoom.

Jax Stewart is a formidable female lead. What has been your favorite aspect of bringing this character to life?

First of all, Emayatzy Corinealdi is amazing; she’s truly a gift from God. I wanted to cast someone that Black girls could see themselves in. I love Emayatzy’s ability to empower all these different sides, to be someone you want to be friends with but also sexy. My favorite part about Jax is her humor. I love when she laughs with her husband and I love the dynamic between Jax and her assistant.

Reasonable Doubt is set in the affluent, predominantly Black area of LA, Windsor Hills. Tell me why this part of LA is special and why this location works for the show.

Growing up in this upper middle-class Black environment, to have access to this kind of Black excellence in this pocket of LA was so special. Especially since after I was in seventh grade, I went to predominately white schools. I feel very blessed to have grown up in this area and still live there. My whole family still lives nearby. As far as Jax’s character, she can exist in the white spaces, but she’s still very confident in her Blackness and who she is. I think growing up in this area gave me that. I lived in the Hills, but Crenshaw and all these areas growing up in the ‘90s, Dr. Dre, Boys in the Hood, and other things are also very close as well so that edge spills in. Her rapping to the Corruptor or her not being afraid to get in someone’s face, all those elements inform her. In the same way, you can think of how Sex in the City informs New York, it was important to me to place Reasonable Doubt in this area of LA.

What was your inspiration for telling this story through a TV series?

When I met with defense attorney Shawn Holley, who’s kind of our real-life inspiration, she’s very smart, but she’s also fun. I wanted to add in that element to Jax because a lot of times female leads, in general, are portrayed as being really good at their job but they’re dark, they’re serious and tortured. Meeting Shawn, she’s lively, upbeat, and just a ton of fun. It made me feel happy. I was inspired to take these elements of who she is and put them in the show for sure. But Shawn’s life is very calm and lovely, so I needed some mess and some drama. I’ll just add that dysfunction creates this new character from the foundation of a real person.

There are some lovely spicy scenes in this show. Did you use an intimacy coordinator?

Yes, and she was amazing. I can’t believe we didn’t use intimacy coordinators before. We gambled. It wasn’t like we had an option; it just wasn’t a job. The first time I worked with one was on Little Fires Everywhere. Not only does it make sure everyone is comfortable doing the scenes, but on top of that, it saves time. Before we shoot, I know, the director knows, the actors know, legal, everyone knows, and then the intimacy coordinator is there to make sure that the actors feel protected. I think because of that the actors are able to do better work. They’re not waiting to possibly be taken advantage of or worry about someone changing their mind about something or shooting something that we didn’t agree to. I want the show to be a great experience for people on and off screen.

Reasonable Doubt is named for a Jay-Z song, and each episode is the title of one of his songs. Talk to me more about the impact of music within this series.

Music is everything to me. I always say if I didn’t do TV or film, I would go into music somehow. I just I’m really such a fan of music. I mean, I was serious about songs that were in the show. I wrote the songs into the scripts. If I wanted a certain song, I play it on set. I asked them to play it on set so that the actors knew kind of the mood of things. We had great composers. Adrian Ali and I  had wonderful conversations with them about the score and  themes. I wanted to show Jax was smart and successful but also show that hip-hop element. It’s not, “Oh she goes home and puts on jazz” or she’s serious. To unwind, she’s drinking brown liquor and listening to hip-hop. That is who she is; she has all of those elements.

I love that she’s a church girl, too, sinning on Saturday and repenting on Sunday.

Yea, I’m glad you said that because I always feel like to the other thing is that, on TV shows, if a person is going to church or they’re Christian, and then that it’s what the show is about. Okay, yeah, there are plenty of white people, if they go to church on Sunday, it doesn’t mean that they’re opening the Bible and dissecting it or quoting it. I mean, she may at times because she knows it, but Church is just what she does. She takes the kids. Yeah, she does a lot of things, but at the same time, it’s important for her to go to church for her family,

What is bringing you the most joy these days?

The fact that it seems like we’re figuring out in this pandemic how to exist outside a little more. I’ve been going out seeing friends or going to concerts, and it is nice to have these shared experiences that we haven’t been able to have in the past few years. I went to see Usher in Vegas, and I was just like “Agh!” [Laughs.] But also just life. And just to be honest, as someone who was an assistant, who was broke and struggling and stuff, I’m just happy that I just get to do what I love and do something that’s for the culture and hopefully not damaging it. So yeah, that‘s the joy that I have these days.