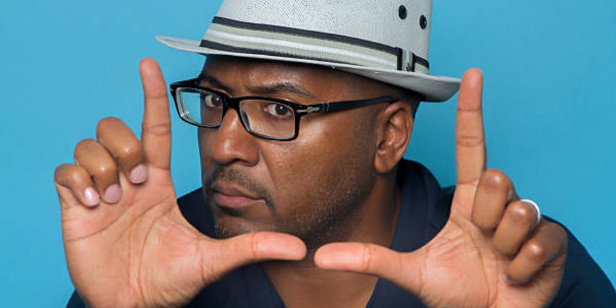 Malcolm D. Lee has been a titan in the movie industry since the 1990s. From directing classics such as Welcome Home Roscoe Jenkins to recent hits such as Girls Trip, Lee has consistently delivered Black comedies that are relatable and entertaining regardless of how you identify. However, the movie series he is best known for is The Best Man.

Lee talked with BGN via Zoom to discuss the upcoming special, the impact the film had not only on the cast members but Lee himself, and his upcoming highly anticipated film, Space Jam: A New Legacy.

Did Entertainment Tonight approach you for this special? Was this something that you started, and what was the impetus behind getting everyone together for the special?

Well, the American Black Film Festival — Jeff Friday and Nicole Friday are the founders — wanted to honor The Best Man cast and me after The Best Man turned 20. We were going to do it at the festival and the ABFF Honors. But of course, the pandemic happened, and they got this special deal with IMDb to televise it. I asked the cast if they wanted to do it, and they all jumped at the chance to do so. As Nischelle Turner from Entertainment Tonight, who interviewed us, put it, they’ve given us our flowers now because the film is widely respected and beloved. So, we got together on a Saturday. It was a really good fun time. A lot of laughs, stories, exchange things I didn’t know, things that they didn’t know that were all kinds of fun to discover.

There’s a lot of great energy when we get together. You know, we’ve been in a couple of Zooms just as a group because we’re figuring out the show for Peacock, The Best Man: Final Chapters. It was all happening at the same time. By the way, this was before the deal was closed. There could have been a reunion show and then no continuing on. I think it’s a testament to how the actors feel about the movie and about each other.

As we’re going through The Best Man Holiday and The Best Man: Final Chapters, do you have an overlying theme or message about this group of people and about how they represent the culture as a whole?

I am not so sure that in its run of 20 years that The Best Man has crossed over — certainly The Best Man Holiday did that. I’m not so sure The Best Man did it. I think it reached a few people who were not in the African American audience. It certainly was my goal to make it a universal story. Every movie that I’ve tried to do in my career has had universal themes. It’s been my goal to make the so-called “African American movie” mainstream and make it normalized. Here are these American people who are just as accessible as the characters in Diner, The Big Chill, My Best Friend’s Wedding. These are all people we recognize and have the cultural specificity of being African American. But at the same time, someone who we can all relate to on a human level and on an American level.

What advice would your current self give to yourself back when you were directing/writing The Best Man?

You know, it’s funny. The Best Man was my sixth full-length screenplay that I’d ever written. I was pretty frustrated with the response I’d been getting prior to that time. I was in my parents basement, and I finished the script. I came upstairs and I said, “If this isn’t the thing that they want, I don’t know what they want. I’m gonna just leave, go to law school, gonna be a teacher. I’m gonna do something else.” That took a lot of doing and trial and error with other scripts.

What would I tell myself? First of all, I’m glad I didn’t meet myself in the future because I might have rested on my laurels. I find myself like, “Oh, I’m directing Space Jam at the age of 51. I must have done something right.” The fact is that you run into obstacles, you hear rejections, you hear no. You try your hardest to make a project, and sometimes the plug gets pulled last minute. These are all things that are valuable lessons that have to be gone through in order to get where you want to get. Everything happens for a reason.

I was supposed to direct Space Jam, but I wasn’t aiming for it. It really kind of fell in my lap. It has a ton of visual effects and a ton of animation. I’ve never had an experience with it — but I was still prepared to make Space Jam because of the experience that I’ve had. Always be prepared is what I would say to my younger self and keep pushing. You just don’t know what’s going to happen and what’s for you is for you. Don’t stress as much or be as worried because what’s for you is for you. You have to keep pushing and believe in what you’re doing, making, writing, creating to stay on the path.

I think it’s a combination. You look at The Best Man. All those actors were all pretty much at the same level of experience and celebrity, so they were very excited to take this on. That was a real joy. It was an opportunity for them to showcase themselves. They trusted the script, they trusted me. I wasn’t just like, “All right, let’s read the lines.” We worked rehearsals for two weeks to really dive into character and backstory and subtext. I think that was something we’re all very excited about and wanted it to be great. It was the same and more so for The Best Man Holiday because again, the industry was in a weird place at that time where they weren’t really putting much stock into African-American casted movies. They had been this false notion from the great “wise” — I put this in quotation marks — Harvey Weinstein who said, “These movies don’t make money. They’re not successful, don’t do it. That is bad business.”

There were some movies with African American casts that didn’t do so well. But guess what? Many movies fail all the time. Right? But somehow because they’re Black, you know, “Let’s just pluck Terrence Howard out of that and put them in Fast and Furious and we’ll have the Black audience.” But Tyler Perry showed he’s got his audience. People want to go see him. When they made Think Like a Man, people came out. When they made Jumping the Broom, people came out. Then for me, that was a perfect segue for me to say, “Okay, look, this move is successful. We can bring back The Best Man and let’s do it.” Again, the chemistry with the cast, they wanted to be great. They weren’t getting paid a lot of money. They felt like they had something to prove, and they proved that they were some of the greatest actors that ever graced the big screen. That was a great second launch pad for them and by the way, for the industry.

Is there anything that you can tell us about Space Jam: A New Legacy?

I think it’s probably the coolest movie I’ve ever done. When I saw the editor’s cut, I just said, “This movie’s gonna be fantastic.” I never say that that early on because I’m always just cautiously optimistic. “We’ll get there, man, there’s a movie in there somewhere.” And by the way, there was a movie in there somewhere with the editor’s cut and even a director’s cut — they were just too long. We had built a big block of marble that had to be chiseled. But as I just said, this is gonna be fantastic. I really liked the movie. I liked and cared about the characters. I think it’s fun and funny. There’s a lot to like about it.

Malcolm D. Lee Brings Back the Cast of ‘The Best Man’ to Peacock TV