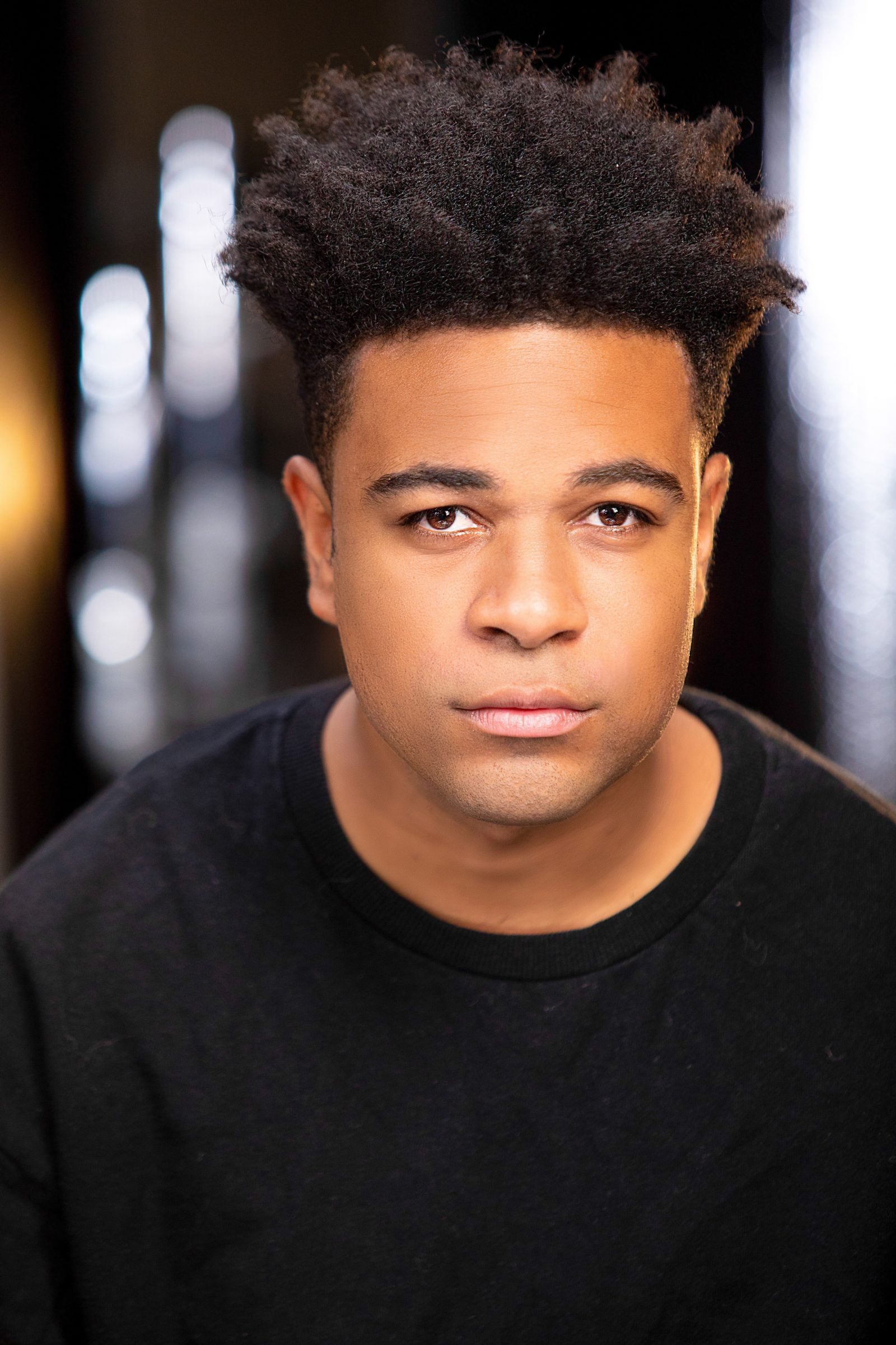 You’ve heard him in My Hero Academia, Aggretsuko, Pokemon, and more. Zeno Robinson is one of the voice actors to watch and has quite the resume under his belt. From Ben 10: Alien Force all the way up to his role as Hawks in MHA, Zeno has not only studied under some of the best in the entertainment industry, but he’s made his mark as an inspiration and an example of black excellence while maintaining a positive attitude and bright demeanor.

Another encounter with an iconic actor is one that Zeno had with Khary Payton, who’s known for voicing Cyborg in various pieces of DC and Warner Media projects and who also stars on AMC’s The Walking Dead. Zeno took up the role of playing Pyunma AKA Cyborg 008. When speaking about this time, Zeno talks about how much of a part he played in bringing Young Justice back after it was cancelled the first time and how he signed petitions and spoke out publicly in support for the show. In one story told by the actor, he crossed paths with Payton in the hallway while recording and even shared a hug with the famed Cyborg actor.

Zeno got into dubbing anime by submitting an entry to a contest taking place at Anime Expo convention, while thinking that there’s no harm in trying. He was right about there being no harm in submitting something, as he ended up with parts on My Hero Academia, One Punch Man, Pokemon, and others that would cement his place as a standout in the anime scene.

When speaking about his role as Keigo Takami, who’s hero alias is Hawks, Zeno said that what endears the character to fans is Keigo’s outwardly laidback persona that hides a lot of his deeper feelings. Of course, he was an expert at dodging any spoiler material while speaking on the character’s backstory. An interesting little tidbit about Hawks is that, according to editor Ryosuke Yoritomi, Hawks’s backstory is based on soccer player Lionel Messi’s childhood.

Another of Zeno’s standout roles is as Superalloy Blackluster in another superhero anime, One Punch Man. Blackluster (also known as Darkshine) is an S-Class rank 11 hero who went from a small and frail child to the muscular and impressively shiny hero that he currently is. Something of note is that Zeno is a longtime fan of the series, having kept up with it all the way back when the series was a webcomic with a niche fanbase.

The Difference in Mediums

One amazing thing about voice acting is that what works for one entertainment medium might not translate the same in another. This is something that Zeno knows all too well. When asked about how he navigates these different performances between video games, anime, and cartoons, he said that it’s a matter of how large the performance needs to be. For instance, he said that for cartoons, the performance tends to be bigger and more outwardly expressive, while video games call for a more nuanced performance.

If you’re looking for an outwardly large performance, look no further than Aggretsuko. Speaking about his role as Bakkun, Zeno spoke about how the fun of that anime is how the energy is so out there and big that it’s so much fun to play. That’s not hard to imagine. The absolute metal energy of the anime is almost cathartic to watch, and one can only imagine that amazing feeling of getting to voice a character for the series.

Being an Inspiration and Maintaining Passion for the Job

When asked about how he feels as an inspiration to young anime fans and how much being a Black voice actor has meant to him, Zeno had a very humble and touching answer. He doesn’t necessarily see himself as an inspiration or an icon, but that it means a great deal to him that people look up to him. He loves being able to step into a space such as anime where the presence of Black talent is few and far inbetween. Growing up, many Black anime fans didn’t see a reflection within the shows or the people behind them, Zeno being no different. So, it means a lot to have built his own space in the industry.

In addition to speaking on his own space, he had this advice for anyone who’s looking to get into voice acting: Maintain the passion for the art and the medium that you have for it at present. One look at Zeno’s social media and it’s clear to see that he’s no less a fan of anime, video games, and cartoons than before he joined the world of voice acting. In fact, it’s this passion for every project he takes on that brings out the best in those characters. That’s what makes him a standout talent.