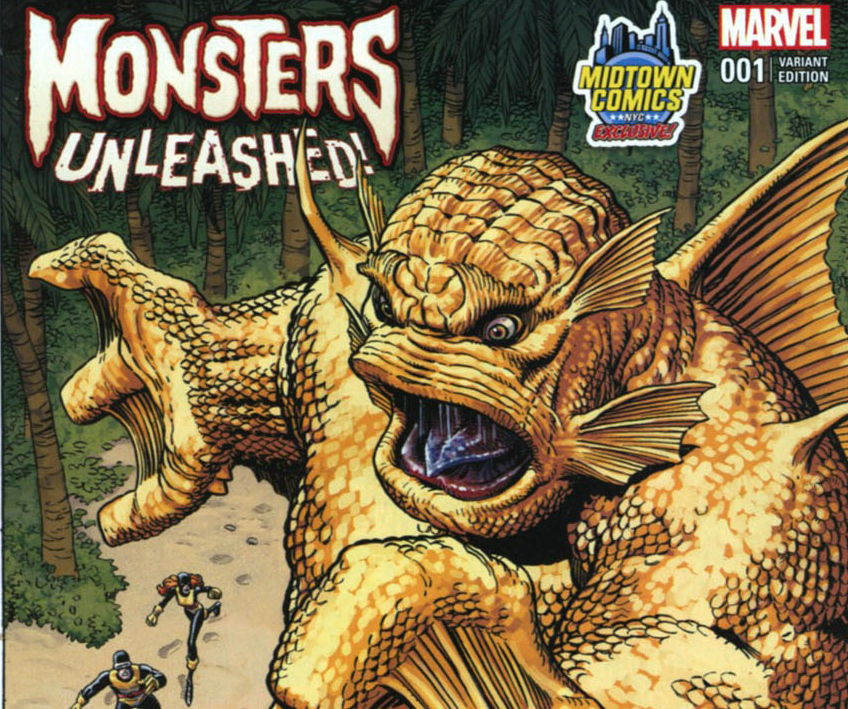 As a Marvel Unlimited subscriber, I don’t pay much attention to upcoming releases, but once I saw this Midtown Comics Exclusive Cover of Monsters Unleashed by Arthur Adams I had to have it!

Now that I’ve read it, I find that I cannot wait six months for the rest of the story. 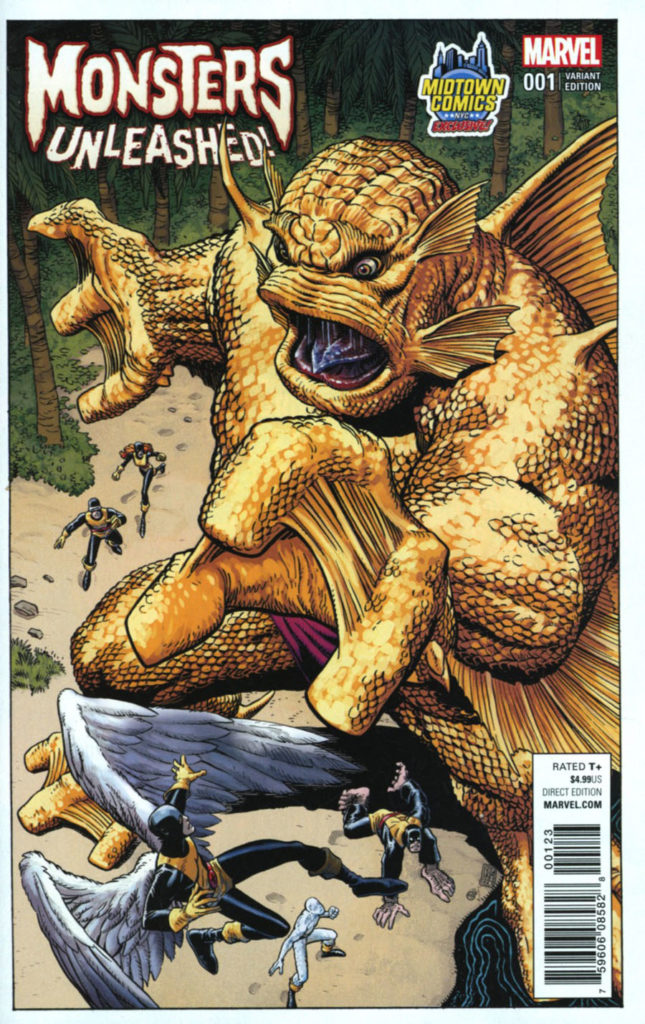 The issue opens with an asteroid crashing into Boston, Massachusetts. A monster with a face like a Venus flytrap on steroids begins to shoot fire from its maw and engage in a fierce battle against The Avengers.

In London, England, Jean Grey, Storm, Old Man Logan, Nightcrawler, and Iceman face off against a giant spider that’s the stuff of nightmares. Next up is Wakanda, whose royal palace is destroyed by a creature with gruesome teeth and the ability to tunnel through the Earth. Similar attacks occur in Italy, and Washington as multi-headed terrors and long-tongued lizards face off against the Guardians of the Galaxy and The Inhumans.

And finally, we come to Los Angeles where a monstrous, tentacled eyeball comes up against The Hulk, Ms. Marvel, Cyclops, Viv Vision, and Nova.

The Eye falls in a climatic battle and we then have an interlude with another major player being added to the fray — Elsa Bloodstone, Monster hunter and all around bad ass!

This issue also has an interlude with Moon Girl who is investigating the strange comets! Ah, the potential crossovers to come!

This is a monster fans dream story and Cullen Bunn delivers a very solid story, full of action and bits of humor.

The art is equally stunning. McNiven, Leisten, and Curiel deliver gorgeously rendered creatures that leap off the page, yet are contained enough to give readers action-packed showdowns with the heroes.

As this first issue draws to a close, we get a reveal of who is summoning these creatures and a sneak peek at some characters that will appear in Issue 2.

I’m completely onboard with this series. I’m looking forward to all the tie-ins and fierce battles to come!

If you are a fan of Marvel’s pantheon of monsters and want to see your favorite heroes fighting them this book is for you.