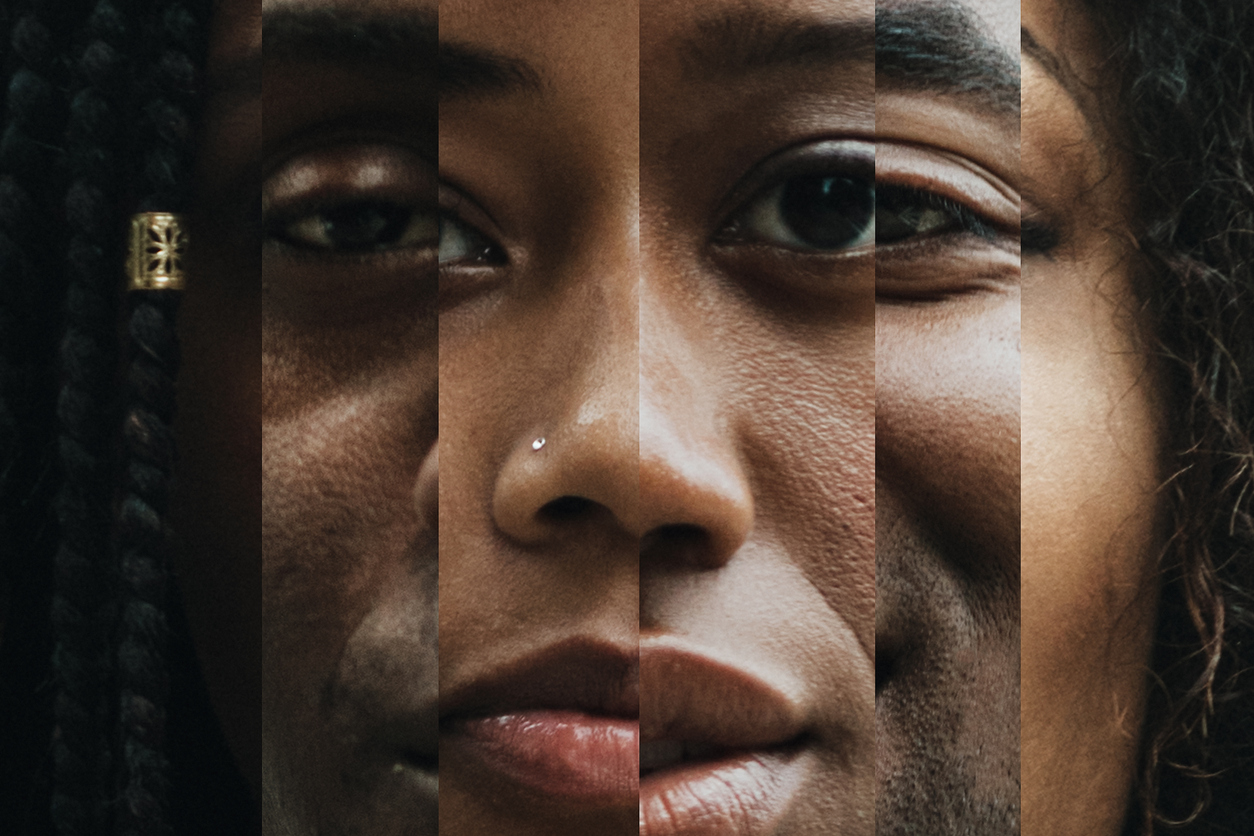 My relationship with my chocolate skin began at the age of eleven. I was obsessed with becoming a supermodel, despite the fact I was destined to only be five feet tall. Every month, I convinced my mother to purchase every beauty magazine at the grocery store — Vogue, Harper’s Bazaar, Elle, Cosmopolitan, and Mademoiselle. Those magazines weren’t cheap, but my mother always came through for me.

I took my time flipping the silky pages, one after the next. The pictures that caught my eye the most would get carefully torn out and taped to my wall. What started as a collage on one wall morphed into magazine wallpaper that covered every inch of the four walls in my bedroom.

One day my cousin came over to visit. Her eyes grew big, as she slowly scanned each picture on my bedroom wall. She knew all my supermodel and fashion dreams, so I didn’t have to worry about her thinking I was weird. But then she finally asked, “Why do you have all white models on your wall?” “I have Black ones too!” I responded. “But they’re all light-skinned,” she said.

Suddenly, I realized she was right, and I felt confused. Where were the women who looked like me? After my cousin left, I feverishly flipped back through all of my magazines desperate to find a model who looked like me. Although few in number, I found them. I had passed them by. Why didn’t I notice them before? I started to tear out those pages to cover the others I had on the wall. It shifted my entire eleven-year-old perspective, but it would take years to love my own skin.

I understood at eleven years old that I would never look like my mother, who had light-skin. I was dark-skinned and my complexion always reminded me of something that was not quite good enough. I couldn’t figure out how to connect to my own skin. The history that I was learning made me ashamed of it. I begged my mother to allow me to get a hair relaxer so my hair could be straight. I thought by straightening my hair, I could look more like the light-skin girls with the “good hair.“ I suppose I had come to the conclusion that if I couldn’t be light-skinned, I would at least get as close as I could.

My insecurities spilled over into high school when I was told that I couldn’t attend a party because I wasn’t light-skinned. Or, the time a guy that I liked told me I was “pretty for a dark-skinned girl” but he only dated light-skinned girls. The statement is often used as a “compliment,” but in reality, it’s insincere. It implies that in comparison to the rest of the women in your demographic, you are the exception of beauty.

In her 1982 essay, In Search of Our Mothers’ Garden, Pulitzer Prize winning author Alice Walker originated the term “colorism” to describe “prejudicial or preferential treatment of same race people based solely on their color.” This is a concept as old as time that remains pervasive in the Black community and even in Hollywood.

In Season 5 of ABC’s black-ish, the show tackled colorism in the episode “Black Like Us.“ Dre and Bow are upset when they see that their daughter Diane is “not lit properly” in a class photo. The situation encourages the family to have a discussion about colorism.

In 2011, Dark Girls, a documentary exploring colorism, focused on the cultural bias and prejudices dark-skinned Black women face. It was difficult and heartbreaking to watch. I felt the hurt because I could identify with some of their stories. The common thread amongst these women was that the negative relationship with their skin began in childhood.

The film also interviewed Black men who were in support of dating dark-skinned Black women. However, their plight seemed out of pity, as though they felt they were doing these women a favor by dating them. In 2015, Dark Girls 2 continued to explore biases against dark-skinned Black women and also women around the world. For example, a Korean-American woman explained that she grew up in California and was considered light, but when she moved to Korea everyone was pale and she was the dark one.

As an adult woman, I’ve had to do real work from the inside-out, to arrive at self-acceptance and self-love of my skin. I’ve also had to see the other side, by listening to my friends who are light-skinned. Having fairer skin did not spare them from pain, jealousy, and self-hatred.

We are picked apart as Black women, in the worst ways — our bodies, our hair, and of course, our complexion. But we’re more than these things. We’ve all, on some level, experienced the pain. Colorism is a problem we must face, but it doesn’t mean that there can’t be healing among Black women of all shades. We have to allow ourselves to be open and willing to listen. We can appreciate and learn from each other’s experiences.