Netflix’s She’s Gotta Have It debuted on Thanksgiving weekend and filled #BlackTwitter with all sorts of discussions about the show, including Nola Darling’s lovers, thirsting for Mars Blackmon (played by Hamilton’s amazing Anthony Ramos), and debates about Nola’s sexual fluidity. See our review for more themes from the show.

But one scene which was both striking and triggering for many women, was Nola’s experience with street harassment and assault. Nola experiences a frightening and traumatic late night attack by a man who initiated contact by yelling “Aye, Yo Ma!” and other names at her. After the attack, Nola is inspired to create street art that shines a light on the persistent catcalling that women endure each and every day.

The art mirrors the persistent #MeToo conversation we’ve been seeing on Twitter, and comes at a time when sexual harassment, assault, and rape are in the forefront of the news cycle. But Netflix wanted to bring Nola’s art to life with their own campaign that allows women to discuss the street harassment they’ve experienced, with the #MyNameIsnt campaign.

Most women have experienced street harassment and we all react to it differently. But much of it begins the same way, the same way Nola experienced  — with someone calling you out of your name, talking to you when you clearly don’t want to, and/or, far too often, ending in physical harassment or violence.

The campaign that was featured on the show and in IRL was inspired by and created in collaboration with Tatyana Fazlalizadeh’s real “Stop Telling Women to Smile” art campaign.

If you are able — and don’t feel pressure if you are not willing or ready to participate _ share your stories (because so many of us have so many more than just one) of street harassment, using the hashtag #MyNameIsnt on social meda. Partake in Nola’s campaign with Netflix’s Meme Generator and add what your name isn’t. 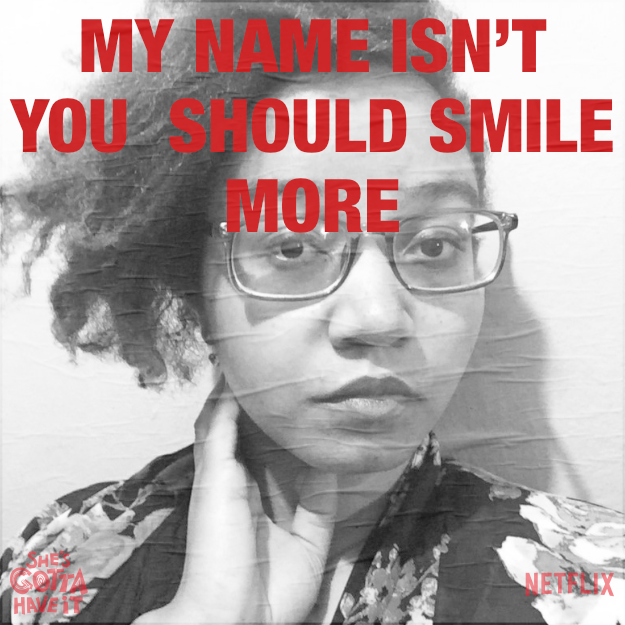 If you live in New York City, you can see Nola’s versions of this campaign at the following locations: 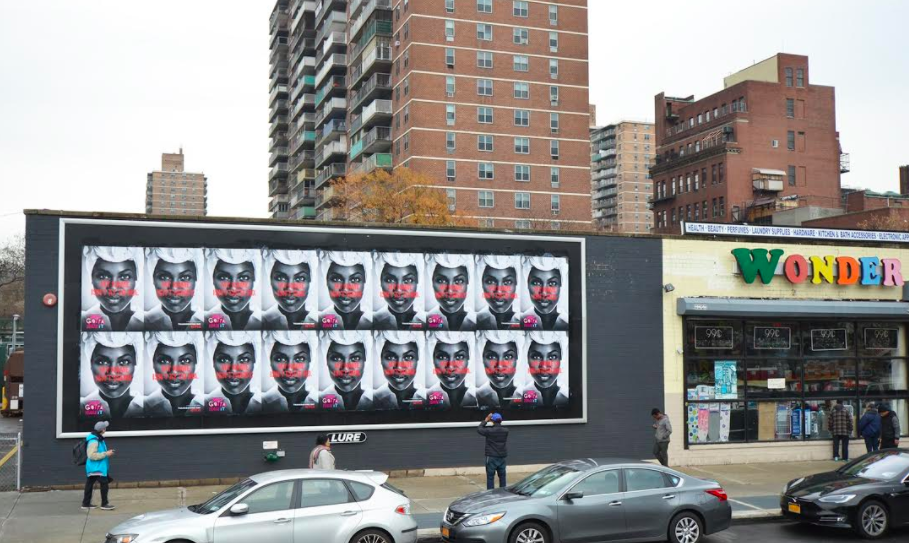 If you live in the city and pass one/participate, use the hashtag #MyNameIsnt and tweet @blackgirlnerds so we can see how it looks and share with the rest of the community! And share your #MyNameIsnt meme image with us too.