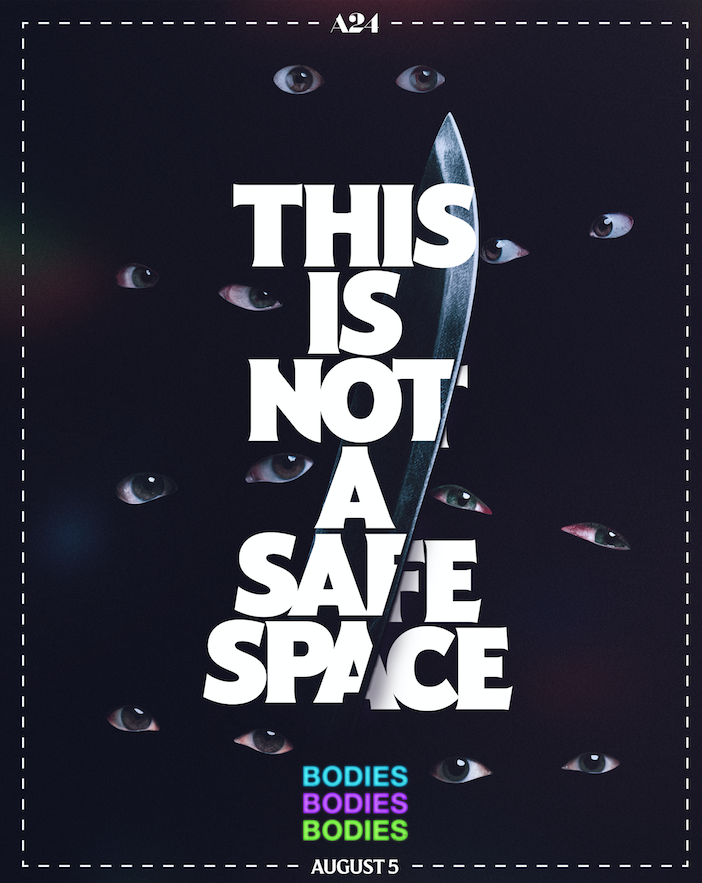 When a group of rich 20-somethings plan a hurricane party at a remote family mansion, a party game goes awry in this fresh and funny look at backstabbing, fake friends, and one party gone very, very wrong.

The film is directed by Halina Reijn and written by Sarah DeLappe.

Bodies, Bodies, Bodies premiered at this year’s SXSW Film Festival and will be released theatrically on August 5, 2022.