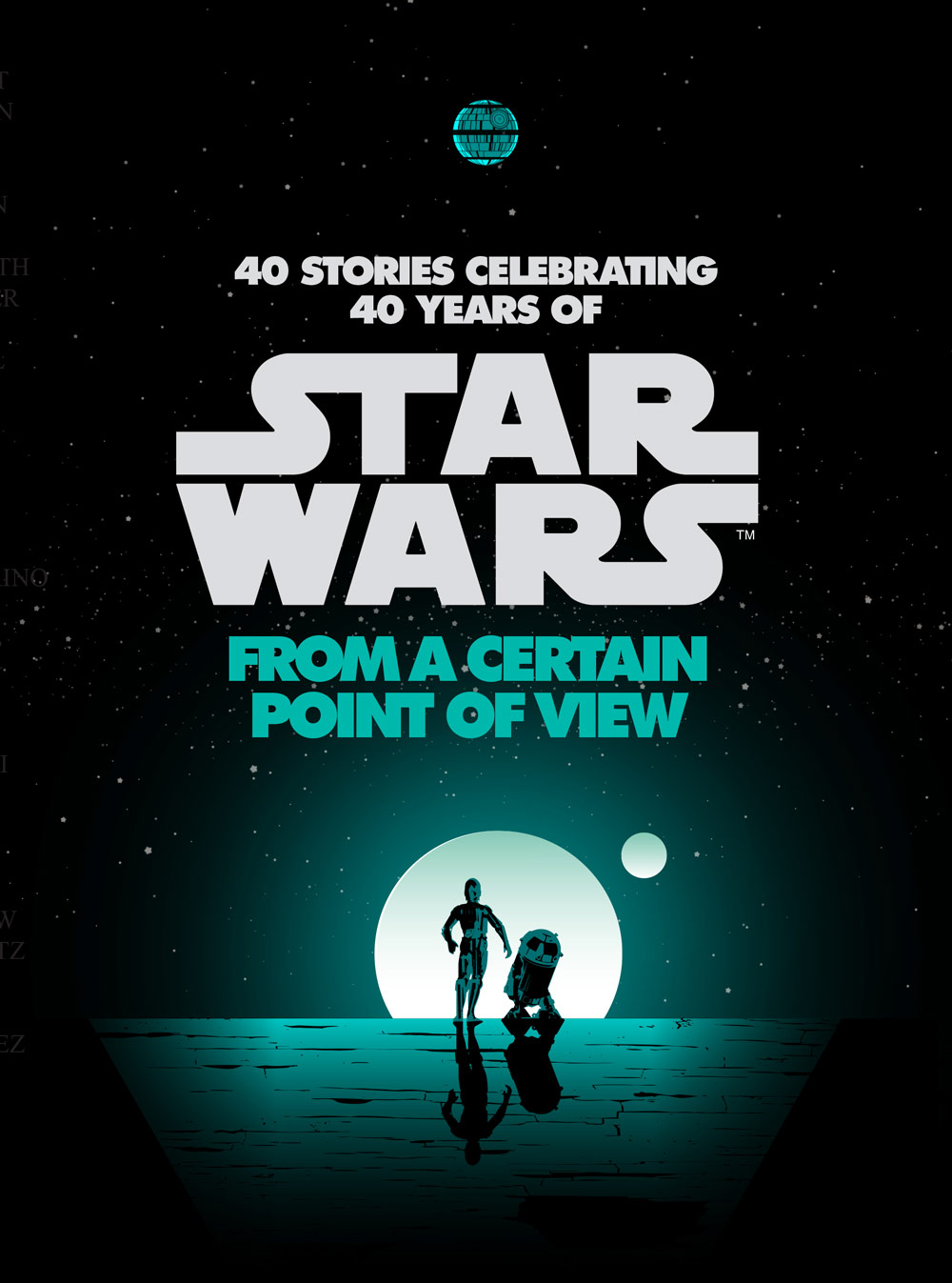 Star Wars: A New Hope turned 40 in May and this year has been a continuous celebration of it beginning with the Star Wars Celebration convention. Most recently, to commemorate this auspicious event, Lucasfilm partnered with Del Rey Books to produce From a Certain Point of View. 43 authors gathered together to tell 40 tales from background characters in A New Hope, giving us all new insight into the movie. At New York Comic-Con, 19 of the 43 authors gathered together to discuss it.

The event was narrated by Lucasfilm Story Group member, Pablo Hidalgo. Fans gathered together to celebrate this seminal work. From stormtroopers to X-wing pilots to characters in the Mos Eisley Cantina, their stories brought the background of A New Hope into the foreground by fleshing out characters we barely saw or thought of. If you love Easter eggs and obscure references, this is the book for you.

Pablo Hidalgo referred to this line up as a tasting menu of the authors of From a Certain Point of View. In order to avoid 19 authors on stage at once, the authors were grouped into what Hidalgo called “flights” of three: the villains, the heroes, and those who are somewhere in between.

For the villains, the authors included Ben Acker, Daniel José Older, Mallory Ortberg, Elizabeth Wein, Kieron Gillen and Adam Christopher. They took stormtroopers with one line or one memorable action and fleshed their stories out. In one case, Acker made a stormtrooper into a character who will come back later in The Force Awakens/The Last Jedi tie-in novels. They wrote incident reports from Imperial officers, built backgrounds for characters without names, and revealed the Death Star to be not much different than any big company in that no one knows everything that’s going on. Kieron Gillen brought Doctor Aphra, from the Darth Vader and her self-titled comic book series, into this work. 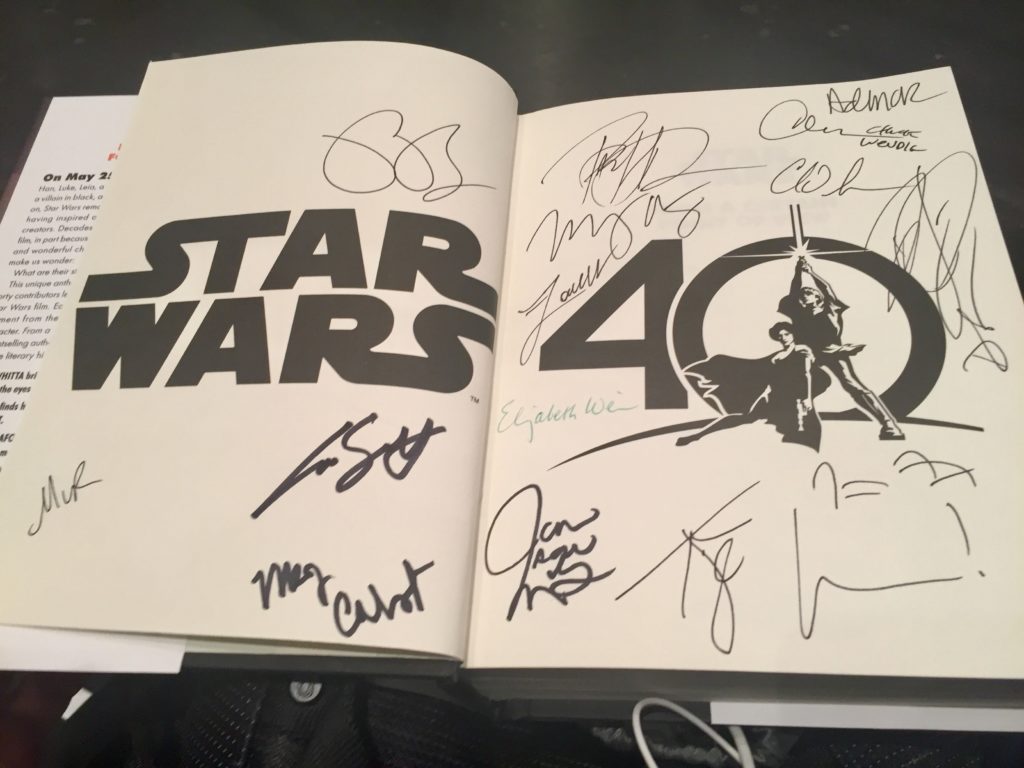 The second group, the heroes group, included Claudia Gray, Meg Cabot, Cavan Scott, EK Johnston, Pierce Brown and Jason Fry. Their stories involved bringing Qui-Gon back into the narrative, an exploration of Obi-wan’s death and the Battle of Yavin from different perspectives. Meg Cabot chose to write about a character with few scenes, Luke’s Aunt Beru, and I found her description of it particularly touching.

The final group is filled with stories that didn’t quite fit in with the heroes and villains. The authors included Delilah Dawson, Chuck Wendig, Zoraida Cordova, John Jackson Miller, Mur Lafferty and Charles Soule. Spies, bartenders, con artists, raiders and band members are the stars of these stories. These are characters who exist mostly outside of the Galactic Rebellion, and a lot of them spend time in a little cantina we know in Mos Eisley. We get great slice of life views into all of them. And we get more Lando Calrissian which is always a good thing.

As Pablo Hidalgo said, this anthology is a great celebration of Star Wars. If you love Star Wars and everything about the universe, this is a book you’ll appreciate. Even if you’re a passing fan, there’s still something in it for you. The authors have all donated their fees to the First Book charity. Penguin Random House and Lucasfilm also donated to the charity. You can watch the entire event below.