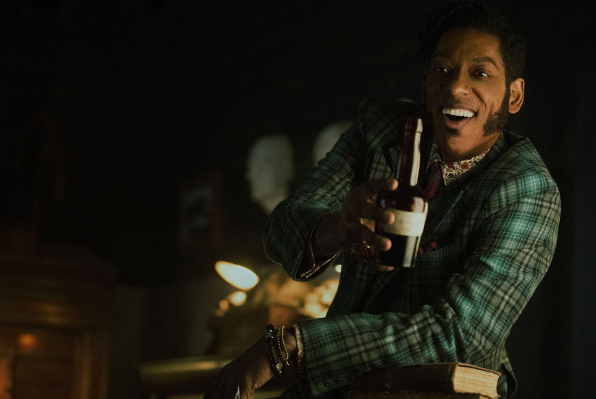 In a stunning announcement over a video posted on Twitter, actor Orlando Jones announced he was let go from the Starz series American Gods.

In his video, he explains that new showrunner Yale-educated Charles Eglee, decided his character Mr. Nancy, sends “the wrong message for Black America.” He also stated he was fired back on September 10th of this year, even though the video was just posted today.

There are no details as of yet regarding the dismissal of Jones from the series aside from the fact that Jones himself explicitly states he was fired from the show.

Jones further went on in subsequent tweets to say that Fremantle, the production company behind the series, “treated him like a second class citizen”.

The illustrious spider Mr. Nancy was the reason why many fans tuned into the show. In one of the most powerful scenes this past season, Mr. Nancy, also known as The Trickster God opened with a powerful speech stating “slavery is a cult”. Jones’ delivery of wit, humor, and trickery resonated with many fans of the show and created a consistent fan base throughout the series run.

The series is currently in production for season 3.