Sarah’s character development shined through in the Season 5 premiere of Orphan Black. Five seasons ago, she only cared about partying and scamming, while she put everything else, including her daughter Kira, on the back burner. Now, in the final 10 episodes, Sarah has transformed into one of the most compassionate and selfless characters on the show. She is simultaneously taking care of Kira and keeping her sestras united in the best way she can.

Bloodied and broken from the season 4 finale, Sarah is now scrambling to find Cosima on the island so they can return home. She is more concerned for Cosima’s well-being than her own, a stark difference from the first season. She is also concerned for the rest of her sisters who have entered and changed her life for the better. Kira literally acted as her guiding light throughout the episode. Because of the pain she is in, Sarah kept imagining the fun times she had with Kira to keep her both warm and alive.

Meanwhile, Cosima bounced back from death with Delphine’s help. However, their reunion is short-lived; Delphine is tasked by P.T. Westmoreland, the 170-year-old founder of Neolution, to travel to Sardinia for some type of research due to her going rogue with Cosima’s treatment on the island.

Helena continues to hide and help Alison and Donnie evade Neolution and their cops within her woodland tent.

Alison eventually gets snatched up by Art’s new partner, Maddie, who seems to be one of those annoying, very strange, ‘no-nonsense’ cops. She was hired by Neolution to find and capture the rest of the Leda clones. In one scene, Maddie interrogates Alison in the back of a van by using Art as a bargaining chip, placing a gun to his head. Maddie previously threatened Art with the possibility of killing his daughter, Maya, if he did not give up information on the Ledas.

I’d forgotten Art had a daughter until this episode because his personal life hasn’t been discussed or explored since the early seasons. With this being the final 10 episodes of the series, I wish for Art to get the closure he deserved. I write this with full knowledge that he is the sole character of color, a Black man, on Orphan Black. The writers shouldn’t try to kill off Art as a plot point in order to draw the Leda sisters and their family closer together in their fight against Neolution. May the writers not kill Art, and definitely not as violently as Sarah and Helena’s Black birth mom, Amelia, was killed in the Season 2 finale. As much as he risked his career throughout the series, he deserves a good send-off as much as the other characters.

What I expected in the next episode is to learn more about P.T. Westmoreland and to see if he is still alive. With Rachel speaking on his behalf to the crowd at the Revival compound in this episode, the whereabouts of PT are still unknown. If P.T. is dead, Rachel can start up human cloning again, continuing her parents’ life mission for better or worse. At series’ end, I hope that the Ledas are still alive and that Helena’s baby is healthy and full of life. A lot can happen in the final nine episodes, and we’re looking forward to it. 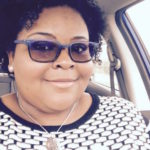