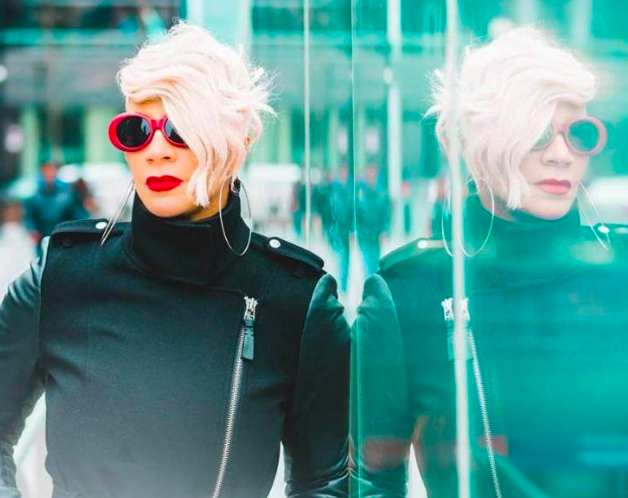 Rebecca Crews is no stranger to the spotlight. A musician, singer and former Miss Gary (she won the pageantry title in 1984 during her senior year at Lew Wallace High School), the wife and mother gained national attention on BET’s popular reality series, The Family Crews.

The series showcased her family, including her husband, former NFL player turned actor Terry Crews. Rebecca focused on their children, even after the series ended and Terry’s career catapulted. Now at 52, Rebecca’s relaunched her singing career under the name, Regina Madre. Her singles, I Keep Holding On, and Destiny is getting airplay on iHeart Radio, Sirius XM’s Heart and Soul and more. I talk to her about stepping out on faith, growing up in Gary, IN, her musical background, family and the birth of Regina Madre.

You released your singles under a pseudonym, Regina Madre. Why did you do that?

Well, Lisa, I found out that people often have a hard time seeing you in a different way…a different light. Especially when they already know who you are. I did release some music under my name while doing The Family Crews and it did okay. I did some promotions, performances and touring. But overall, there was still too much perception with the reality show. They wanted to talk about the famous family and they wanted to talk about things that were outside the music. 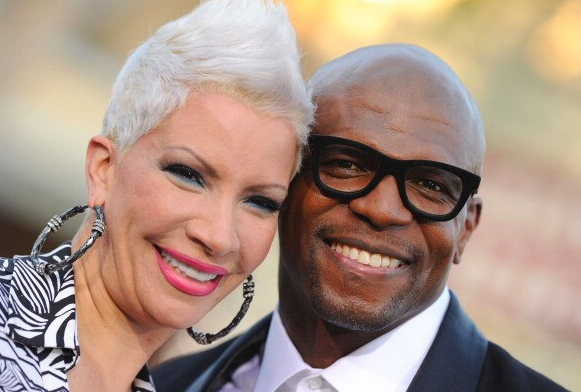 So with the new music, you wanted people to love the music, but not initially know that it was from you.

I wanted people to hear the music without prejudice. Does that make sense?

I wanted to see if I can find an audience who will like my music, without knowing anything about me. To hear the music without prejudice of status, relationships, or race. I wanted to put the music out and see who likes it. I released my first radio single, I Keep Holding On, using my stage name (Laughs)! Even the radio promoter did not know that it was me.

Wow! How did you pull that off?

I had a manager call him to get the quote to promote the song and he really liked the song. And he said, “I think that it’s a hit and we can get some radio play.” So it played on XM’s Heart and Soul and four markets in the midwest and the south. This was farther than what I’ve gotten to promote my music. With the first single, I did not do any PR. You know in public relations, they want pictures of you and they want interviews. So I decided that I was just going to use the Internet and social media. I posted pictures of me without showing my face and we got some traction. When we released the second single, Destiny, I wanted to hire some p.r. so we could expand our reach. But everyone said that it would be better if we just tell everybody who you are to get more press.

But I thought, would revealing myself work for me or against me? So we told the radio promoter my secret and he fell out laughing because we’d danced around the idea of releasing another song. But it wasn’t promoted. A year later, he was promoting the actual song but did not know that it was me! I was proud of that because it meant that the song stood on its own merit. They wanted to promote me as Terry Crews’s wife and I felt that was a big shadow to cast. People would look at that and say, ‘Eh, she’s already famous.’ ‘She got money and now she wants to sing.’

How did you come up with the name, Regina Madre?

I thought about all of these people who perform under different names like Childish Gambino and Lady Gaga, who thought their real names weren’t fabulous enough. I am fine with Rebecca, but I felt that I was viewed in a certain way because of my status. I came up with Regina Madre because Regina means Queen and Madre means Mother. And the biggest thing that I am grateful for, is motherhood. I have five kids. I wanted a name that was regal. My maiden name is King. Plus I wanted to keep the R in my alias, so Regina fits. If you look at the logo on my pictures, the design is a heart, but it’s shaped like a uterus with the fallopian tubes sticking out. And the five petals represent my children.

How long has music been a part of your life?

I’ve been writing songs and playing music since I was nine years old. Music has been a central part of my life other than raising my own family. I got my love of music from my Mom and my biological dad and stepfather. It was my mother who took my siblings and I to the theater and to concerts at the Holiday Star Theater in Merrillville, Indiana. I saw Perry Como, Donna Summer, Tony Orlando. She gave us music lessons. I took up piano and guitar. My brother played drums and my sister had a good singing voice but she wasn’t really into it. Both my father and stepfather were musicians. My father died when I was a child. My stepfather would take me to jazz clubs to listen to music. My mother sings. She performs in the church choir. She is a coloratura soprano, so she can sing opera. She taught us to appreciate classical music, Broadway and musicals. She loved Nancy Wilson, Billie Holiday, Ella Fitzgerald. You can hear some jazz in my R&B music.

When did you focus more on your singing and songwriting skills?

I did not make any professional steps into music until I went into gospel. I honed my musical skills in the church. Even though I played in the band and did musical theater while in school, while I raised my kids I played in church. I directed myself toward gospel music, but I found that God really didn’t want me in the church lane. Every time I’d go in that direction, I sensed that I was narrowing my audience. Because, there are people who don’t know the Lord, but would appreciate the words and songs. And a lot of my songs weren’t specifically about God, even though He is a part of the story. They were songs about heartbreak, about triumphing over adversity and about regret. And, like the Song of David, who wrote about his trials and how God brought him out. But he did not hide the darkness. Sometimes what you are inspired by surprises you and sometimes you’re just the channel, something that comes through you that needs to be said.

What is your advice to people stepping out on faith?

It’s not too late to follow your passion. You don’t have to be a certain age to achieve something.

You can check out Regina Madre/Rebecca Crews’ music and more at https://www.reginamadremusic.com/