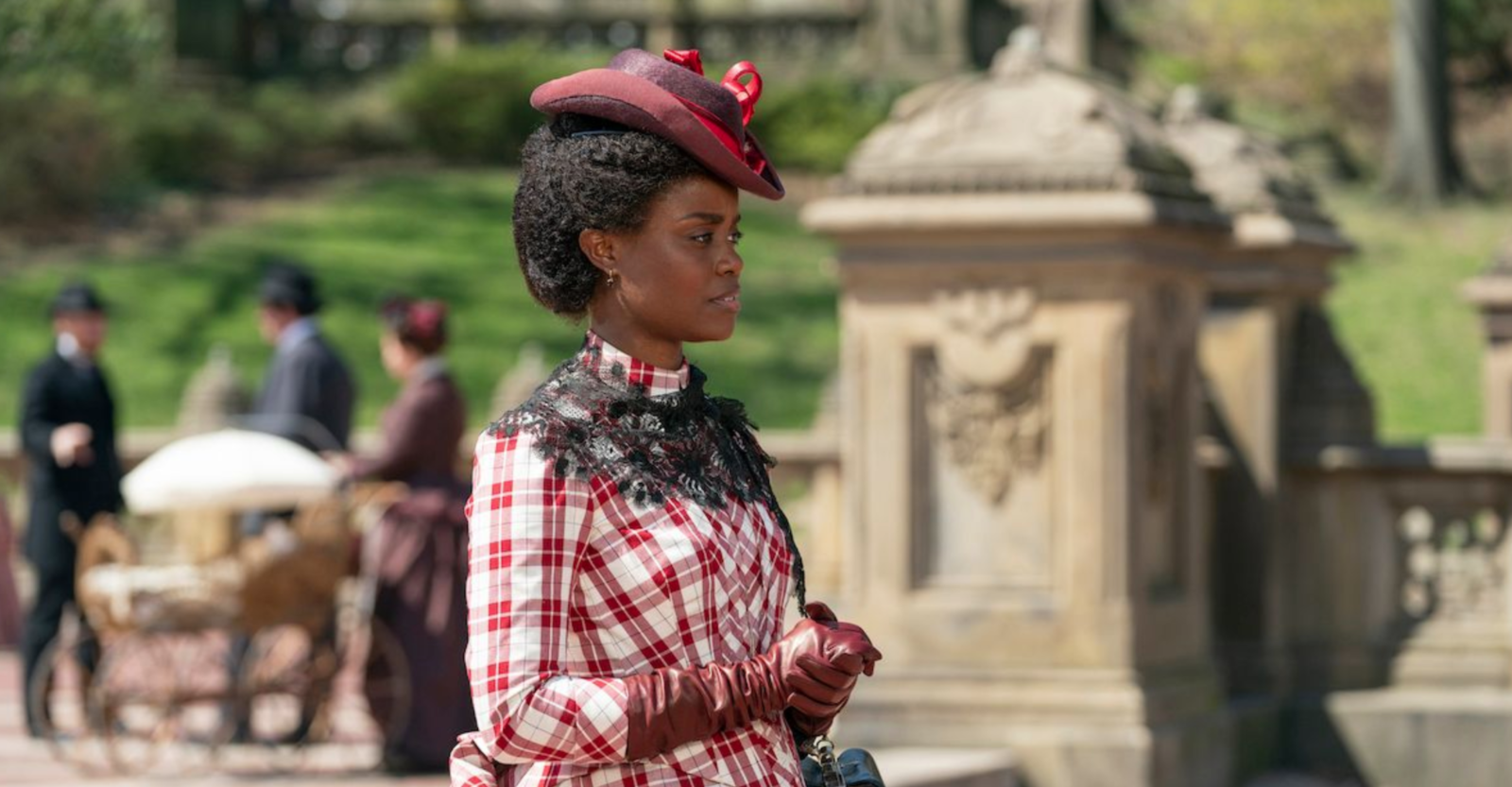 I began The Gilded Age because I was craving a period drama and the latest season of Bridgerton had not yet been released. What I found was a compelling story about social class and strife in the Gilded Age of American history. I was pleasantly surprised by how well I liked several of the characters, especially Peggy Scott (Denée Benton).

Like many films and shows about the trials and tribulations of the upper class, The Gilded Age has a slow-paced, meandering plot with low stakes. The insults range from missed dinner party invitations to who is allowed in which charities, so if you are looking for excitement, maybe pass this one over. For all of us who love drawn-out high society dramas, creator Julian Fellowes (Downton Abbey) gives us just that but with an American edge.

The show begins in 1882 when Marian Brook (Louisa Jacobson) discovers that her recently deceased father squandered her inheritance and left her penniless. In her desperate situation, she moves to New York City to live with her wealthy, old-money aunts Agnes Van Rhijn (Christine Baranski) and Ada Brook (Cynthia Nixon).

On her way to the city, she runs into some trouble when boarding the train, and Peggy Scott, a aspiring young Black writer, comes to her aid. The two develop a friendship, and the series progresses as both find their way into the city.

While Marian finds herself right in the middle of the social war between the old-money elite of New York against the new-money social climbers — the most interesting of all of the latter being the family of Bertha Russell (Carrie Coon) and her railroad tycoon husband (Morgan Spector) — Peggy fights to live out of her father’s shadow and make a name for herself as a writer. It’s fun and interesting to watch Marian try, and push against, the rules her aunts try to force upon her, and inspiring to steep in Peggy’s resilience in trying to find work.

I enjoyed watching the show as it gave me a new and original period drama to binge. However, it was slow-paced, and the only stakes that were high enough to get me invested in the story were that of Bertha and the even more impressive Peggy.

As a long-time lover of historical dramas, no show has made me feel as seen as this show. The Gilded Age is not the neo-liberal fantasy that is Bridgerton. While Bridgerton definitely has a place, it’s refreshing to see a more realistic take on historical fiction featuring Black women. Black women existed in this period, and through this show, we can see the success of Black people after the abolition of slavery.

While racial issues are not front and center, the show does not shy away from showing the racism Peggy faces. She has to board the train to the city last, she is denied service at multiple places multiple times, and she faces hardships in her career that are specific to both her race and gender. She even gets into an awkward situation with Marian when the latter assumes that Peggy’s family is poor.

In addition to being a representation of the Black upper class, Peggy’s character is well fleshed out and engaging. When we meet her, she is mysterious, dramatic, and full of intrigue. Peggy is cryptic about her past because she wants to make her own way in the world and not ride the coattails of her father.

What’s interesting to me is that I’ve never seen this generation and class of Black people explored in mainstream media. If people of color are present in historical dramas, they are usually regulated to servant roles or their presence in the story is justified because they are biracial. Peggy’s parents are both dark-skinned Black people and a part of the first generation of slaves to be freed after the Emancipation Proclamation of 1863. In less than 20 years, her father became a successful pharmacist and her mother now runs their beautiful house in Brooklyn with a staff of a maid and a cook.

I started watching The Gilded Age to escape into a period drama set in an interesting time and place in American history. If it wasn’t for the pleasant surprise that was Peggy’s character and arc (and obsessing over Bertha’s relentless climb to the top of New York’s social scene), I’m not sure I would have continued watching.

Peggy takes advantage of the freedom afforded to her by her parents by living and working independently. I love that her conflicts in the show are more than just struggling as a Black woman. She has career goals, friends of her own that she doesn’t take shit from, and dreams for the future. She struggles against familial pressure, racism, and sexism in the workplace, but Peggy is independent, intelligent, stubborn, and ambitious. She gives me something to shoot for — indeed, something to find within myself.