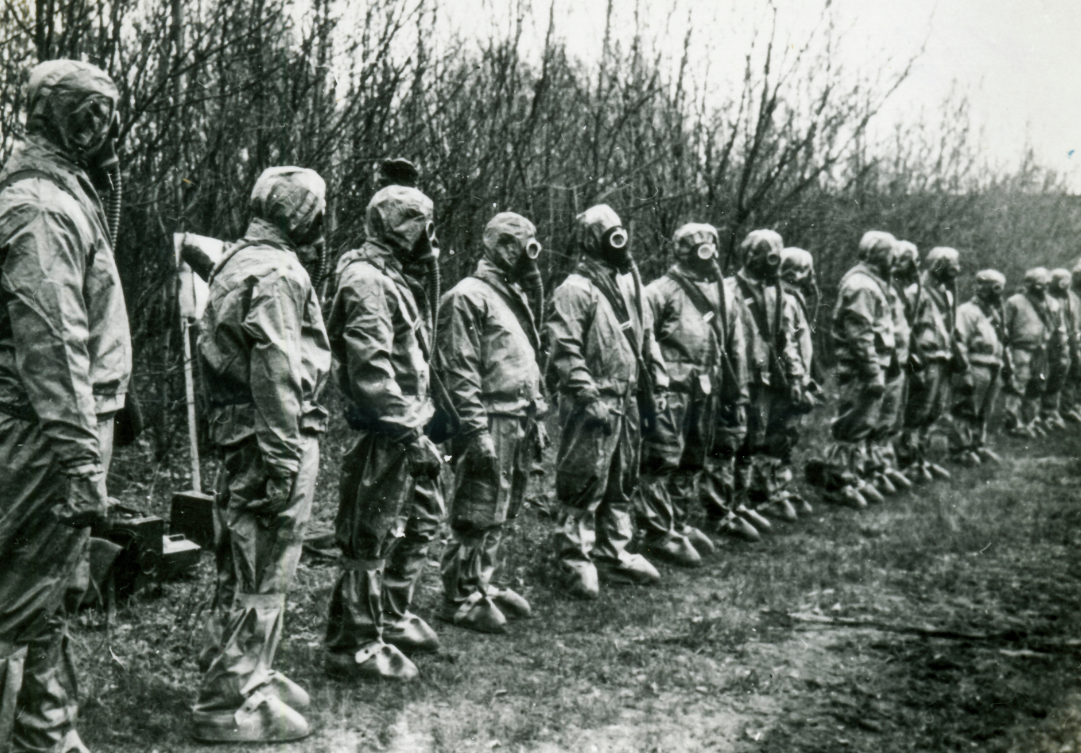 “In the Soviet Union the relationship with the truth was complicated.”

This is the opening sentence of documentary Chernobyl: The Lost Tapes, the latest from British filmmaker James Jones (On the President’s Orders, Unarmed Black Male). The film uses archival footage backed by interviews from those nearest to the 1986 nuclear disaster to back this statement.

I will not lie to you: this is not a film for the lighthearted.

Its subject matter is grim. The narration — all done by Chernobyl residents, Soviet soldier “liquidators,” and Soviet officials who were a part of the governmental response team — is bleak. Even most of the imagery, unless it is 8mm film taken before the catastrophic event, is ashen and cool-toned. At around the film’s midway point, viewers are treated to footage of radiation sickness and its effects on the body. It is likely around this juncture that viewers will seriously debate if they want to continue watching the film. But, if they stick with it, the reward will be having seen a film that, though hard to watch at times, is largely engrossing and especially important at a time when governmental mistruths — whether they are Russian or domestic — are still a prevailing fact of life.

Chernobyl: The Lost Tapes begins in the fashion of many disaster films: it highlights how normal, promising, even idyllic, a particular place is before the film’s particular catastrophe occurs. This part can feel a bit overstated, as it uses warm color schemes and footage of people having a good old time to set us up for the inevitable juxtaposition between this time and what comes later, but I suppose this is necessary.

The facts, however, do support that the nearby towns of Chernobyl and Pripyat were promising, to say the least. In Chernobyl, resident Lyudmila Ihnatenko considered the town to be heavenly when she first moved there. The population’s average age was 26, the hospital needed a new maternity ward to account for all the budding families, and the town sat on the banks of the pristine Pripyat River. If this section feels too precious, that may simply be due to the mind’s — and filmmaking’s — tendency towards mythmaking. This wasn’t just some town destroyed by a devastating industrial incident; it was a promising city on a hill that met a tragic, preventable fate. And this nostalgic view is, in part, correct.

From here, the movie discusses the cleanup, or “liquidation,” attempts and the governmental response. When it concerns the liquidation process, the movie can feel like it’s dragging a bit. It is a series of “we tried this, but that didn’t work, so then we tried this” stories that can feel interesting but repetitive. It is here where one thanks director Jones for his attention to detail and the facts, but wishes he condensed them with a timeline graphic or something similar to that.

Throughout all of this, we learn about the Soviet government’s response, and this is a key part of what makes the film so interesting.

Anyone that has seen the 2019 HBO miniseries Chernobyl may feel familiar with the lies and obfuscations the Soviet government used to hide the disaster’s true extent. But it is engrossing to hear about it from those closest to the reality of it all.

Chernobyl Power Plant engineer Oleksiy Breus talks about how Soviet propaganda films purported Soviet-designed power plants to be the safest in the world. They were so safe, in fact, that they didn’t need the protective shields and containment structures seen enclosing the rest of the world’s nuclear plants in case of an emergency. To have such measures would imply they were needed in the first place.

Soldiers tasked with liquidating radioactive materials recount being told that there was no danger of serious radioactivity but, regardless, anyone that volunteered to clean it up would be given a pay bonus. Even town residents recall being lied to about their health, about the things they were seeing with their eyes.

Adrenal and thyroid cancer rates in newborns exploded. Women gave birth to “sirens,” babies whose lower halves were shaped like fish tails. Firefighters who initially fought the blaze from the reactor explosion were dying in droves in a Moscow hospital ward specializing in nuclear medicine. And throughout all of this, the official explanation was “nothing to see here.” What doctors told first responders and residents alike was that the true issue was “radiophobia,” a psychological condition that simply made people think that they were sick.

In the end, governmental untruths emerge as the biggest antagonists in this film.

The power plant had a faulty design, which the film seems to highlight as something that can happen anywhere. It doesn’t make the human cost any less horrifying, but it is understandable, and therefore, perhaps, forgivable. What the film makes clear as being unforgivable is official mendacity — the lies that a system will perpetuate in order to secure its own tenuous grasp on power. Mikhail Gorbachev, usually touted as a Soviet reformer, here acts as a typical dictator. He lies to his people via state-run media about the true extent of Chernobyl’s effects. He lies to the Western, bourgeois media, and Soviet papers accuse them of over-sensationalizing a small, Soviet problem. The nuclear reactor explosion on April 26, 1986, was a disaster. This film makes it clear that the governmental response was a catastrophe.

As stated earlier, this is not a film for the faint of heart. It contains visceral imagery and much of it involves birth defects and cancers in children. The video of radiation sickness taking its toll on some of the Chernobyl firefighters is gruesome at times, with lesions and rashes giving way to giant blisters and open wounds.

If you can make it past this, however, what you will find is a story of something worse than incompetence — that is, malicious negligence. It seems that the Soviet government had to have known that its lies would cost people their lives, but it seems to have chosen reputation over reality. Better to lose some and save face than the other way around.

Chernobyl: The Lost Tapes is good, insightful viewing that especially works after having seen a dramatized version of the events in the Chernobyl miniseries. If it does lag at times, this is made up for by the fact that it quickly becomes interesting again once it is discussing the USSR government’s rocky relationship to the truth.

But, if none of this sounds appealing, one can hope Russia finally produces its Chernobyl film about the CIA agent who caused the whole thing. Because if there is anything Putin-era state media has inherited from the Soviet days, it’s a penchant for reworking and inventing more amenable facts.