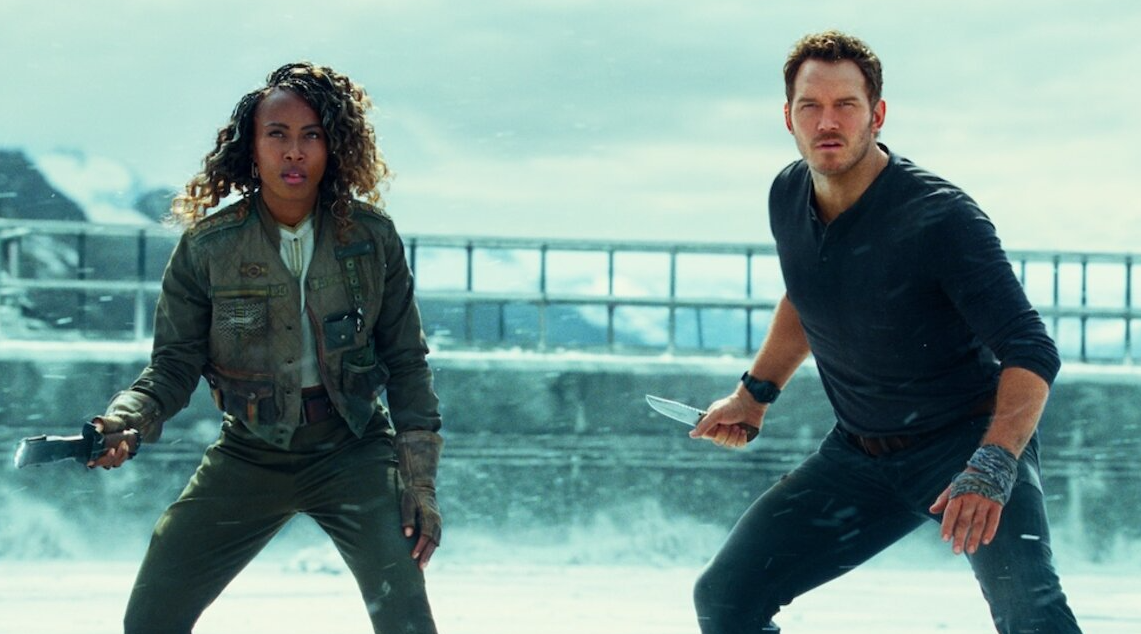 What started at the ripe age of 5 (and a half) has come to an epic conclusion at 34 (and a half). I have been waiting for this film for what seems like a lifetime. Jurassic World: Dominion, from Universal Pictures and Amblin Entertainment, gives the $5 billion franchise and ending that fans will find captivating. Taking the franchise back to its roots was a great idea. The film went a little too deep into the nostalgia box — but overall, it is a high-energy, fun, final chapter that I can get behind.

Jurassic World: Dominion takes place four years after the volcanic eruption that destroyed Isla Nublar and the events of Jurassic World: Fallen Kingdom. Dinosaurs have left the island and are now living among humans all over the world. The food chain is a mess. The collapse of mankind is foreboding, and there’s a man who thinks he can keep it all together with the containment of apex predators from the cretaceous period.

The first thing anyone should be talking about is the addition of DeWanda Wise. She comes in playing the badass pilot and smuggler, Kayla Watts. Her character is a welcomed addition to the franchise. I would love to cosplay her character at Comic-Con this year. The first thing I noticed was her knack for keeping it real.

She says what we (Black people) usually think in scenarios like this. It is nice to see a strong Black woman who can be saved but also do the saving in these action films. She is smart, fit, and nonchalantly puts it out there that she is bisexual. It was nice to see this character have a purpose and a role in the film that didn’t feel forced or arbitrary.

Speaking of women in Jurassic World: Dominion, they all had a chance to shine. Laura Dern is back as Dr. Ellie Sattler and gets to redeem herself in more ways than one this time around. She is just as smart, fearless, and tenacious as we remember. Then there is Bryce Dallas Howard as Claire, the woman we cheered and applauded for showing the world how to run away from a dinosaur in heels and a skirt.

She still shows she has what it takes to survive. She continues to show the lengths she will go to for the people she loves, a characteristic that everyone in Jurassic Park and Jurassic World has showcased again and again. Isabella Sermon, as Maisie, took a minute to grow on me, but when she finally shows you what she is made of, you can’t help but love her. She channeled her best Camp Cretaceous moves and made her character one worthy of being in this grand finale.

When it comes to the story and its content we have a real mix of positives and negatives. First, we have the positive. It’s no surprise given the wave of behind-the-scenes content and trailers, that the team behind Jurassic World: Dominion decided to bring back the technical wonders of dino-animatronics and puppeteering. The special effects were amazing.

That suspension of disbelief with dinosaurs is a magical feeling. Dinosaurs against the backdrop of gorgeous landscapes and terrain will always be eye-catching. It’s part of why we love this franchise as much as we do. The action is phenomenal. That raptor versus Owen (Pratt) on a motorcycle scene was ridiculous and so much fun to watch. The entire sequence was on the edge of your seat, adrenaline stuff. I wanted to be one of those people to applaud once the

Now, the negative. When you work so hard to recreate scenes that once came naturally, it comes off cheesy and forced. I can’t even tally the number of easter eggs I found; if they can even be called that given the amount. There are so many callbacks to Jurassic Park it got a little ridiculous.

When it was announced that OG favs would take their place in the epic conclusion, fans were all for it. But to treat them and many aspects of their film as nostalgic relics didn’t sit right with me. I enjoy a good walk down memory lane like the rest of us, but to push it in our faces is another thing. If you aren’t as familiar with Jurassic Park as I am, then you may not see a problem.

For the die-hard fans that this film caters to, it’s a bit much. There is also a lack of focus. A Jurassic World film should focus on dinosaurs. But, in this film, the primary objective is about some other creature. If the Jurassic World: Dominion team wanted something original, they could have expanded on any of the viable reasons why dinosaurs and humans should not exist on the same plane.