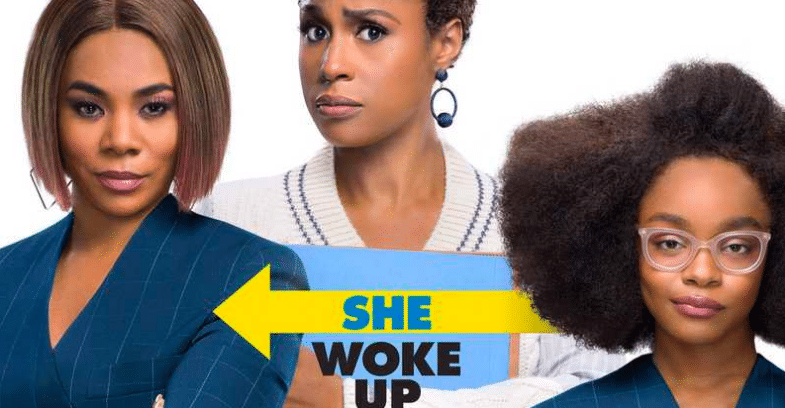 Connecting to your inner child has always been viewed as a psychological practice to discover what’s amiss in your life, and the Universal comedy Little, gives us a touch of that.

Figuring out what happened and how can I fix it, are the popular ways of going back and embracing your pre-pubescent self. We’ve seen it in a crop of nostalgic comedies. Now we have one from producer Will Packer and director Tina Gordon, that adds a touch of color.

This generation of film nerds have something new to relate to, as the tropes of films like Big, Freaky Friday, and 13 Going on 30 get flipped on its head. People of color want to see stories that reflect their worldly experiences and most importantly, see people who look like them. We are eager to explore genres and storylines that have yet to be told from our perspective. 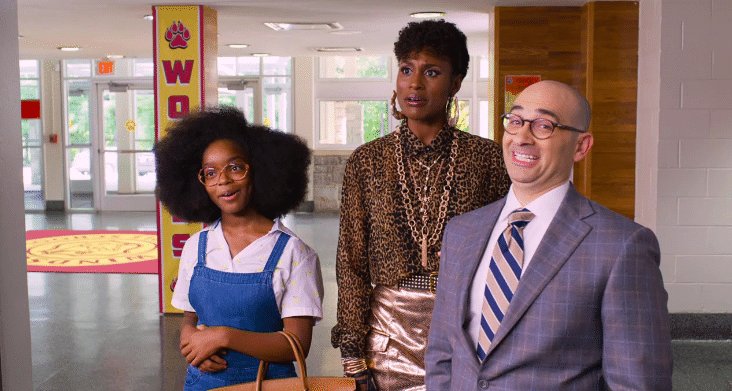 Think back to when you were in middle school. Was it rough? Would you trade what you have now in order to go back to your past? Probably not. But there’s something about that childhood innocence that makes you think twice about going back there.t. For some of us, it was a different time and a different world. The fact is, a Black girl’s experience is different from a white girl’s experience.

Here’s a film that allows us to sit down and take a look at what middle schoolers today have to go through. When the amount of likes on Instagram dictate where you sit at lunch, it’s a whole new level of mean girls. A lot of it is the same, made drastically more impossible with the use of social media. It’s a PG-13 film meant for the adult and thirteen-year-old in your life. Instead of a tween-wishing they were grown so they could find love or pontificate on what they think they are missing in life, here we have the story of a Black woman who is turned into her teen self because she is literally the worst person ever. 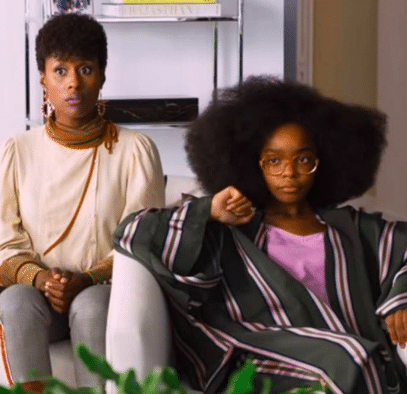 You will find a ton of laughs that hit the spot, and some that miss the mark completely. But there’s plenty to be said about a film that reminds us to be true to who we really are. Regina Hall, Issa Rae, and Marsai Martin bring us different versions of Black girl magic, reminding us that we are all different but can still shine. It teaches everyone that we need to help build each other up instead of tearing each other down. The teachable lessons are not lacking in this story.

Regina Hall plays Jordan Sanders, the head boss in charge who sees her way as the only, and the right way. She is a major bully and demands the impossible from her assistant, April, played by Issa Rae. She’d rather be hated and rich, than to be loved and deprived. Determined to take her down a peg, a young girl makes a wish that Jordan was little. Ironically, when the spell is cast, you don’t really know for sure if it worked or if Jordan is taunting the young girl. That is, until the next scene where Jordan wakes up to her 13-year-old self, brilliantly played by Marsai Martin.

Jordan soon gets to experience 13 all over again as magic comes to life and wishes come true. From being forced to enroll back into middle school and crushing on her teacher, to pretending to be her older self’s daughter, life is crazier now that it ever was and she has to rely on those around her if she wants to be big again. 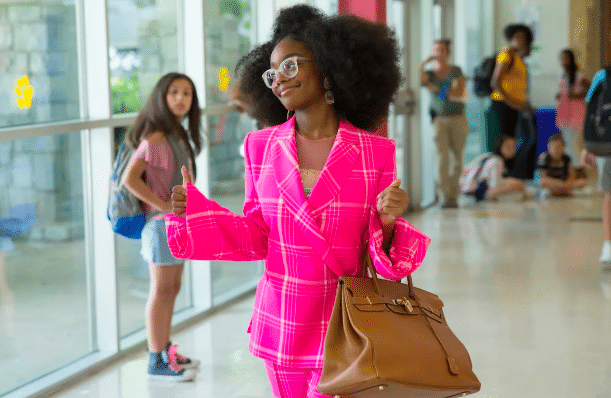 Marsai Martin is the star of this film, and she has to play two roles, a 13-year-old and an adult who has been turned into a 13-year-old. She gives it her all, but it isn’t enough to save the first act of less than worthy jokes and flat writing. The story picks up steam when Marsai and Issa are on screen together. It’s hard to miss the chemistry between the two. The two of them learning from each other, bonding, and growing on screen is the charm that makes this film what it is.

What’s cool about this film is that it came from the mind of an actual 14-year-old girl who knows a thing or two about being little in today’s society. Marsai thought about what she wanted to see on screen and took the idea to Universal. Now we have the pleasure of seeing three different generations exemplified on screen. It helps that these three ladies are no stranger to comedy. Their ability to deliver punch lines and satire allows the film to keep a smooth flow.

Unfortunately, when lessons are learned and things go back to normal, the new Jordan (back to Regina) still isn’t our favorite person. The pacing from the beginning was all wrong. The audience didn’t have enough time to form a real connection to her character. In the end, we don’t care that she now has an ounce of civility. When the audience doesn’t connect, they aren’t inspired to respond emotionally. A good movie should evoke an emotional response.

What doesn’t work in this film is the writing, unfortunately. While the story is a fresh perspective, the actual writing isn’t at the level that it should be. While the idea did come from a teenager, the writing could have been sharper, stronger, and led with more gusto. The depth and social awareness that could have come from this script failed to accomplish this task. It was as if the writers were playing it safe for the PG-13 film.  The writers tried hard not to be too crude with humor while keeping the whimsy of a child’s fairytale. This didn’t balance out too well for Little. The attempt to make a family fun film that appealed to ages 13 to 30 didn’t hold firm to either audience. The cast does its best to make the film more than what it is, but it’s just not enough. The audience is on board to be entertained, but that doesn’t sustain us during the entire film. We want to feel inspired by the film, but it lets us down again.

This film is literally about Black Girl Magic. From the cast to the people behind the camera, there are strong Black women trying to entertain and tell a story. Who doesn’t want to be a part of “Black Hogwarts”? Regina, Issa, and Marsai are ladies we will continue to watch on screen. Little, unfortunately, left us a bit incomplete.