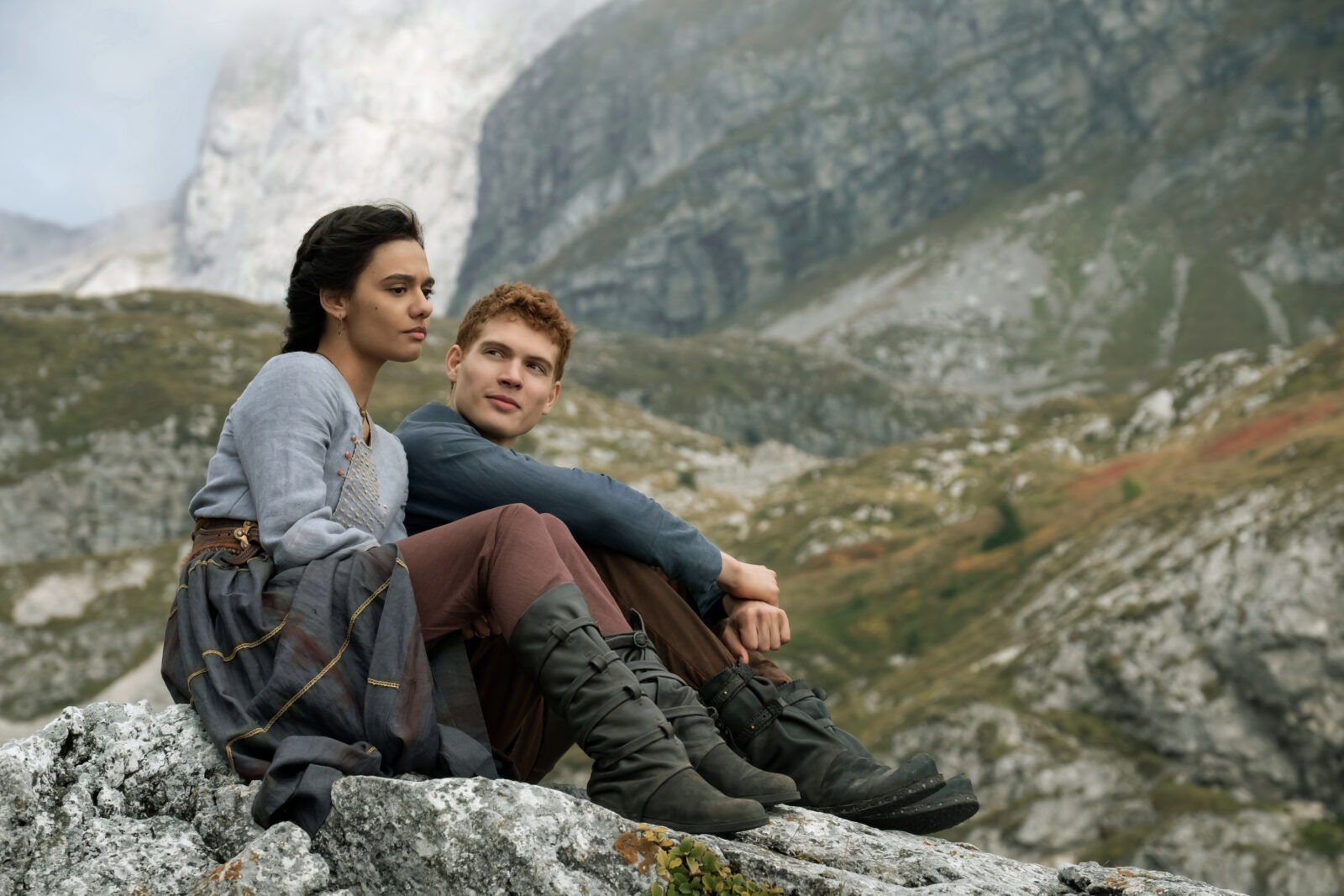 Beyonce once wrote, “Who run the world? Girls!” and in this fantasy series, that is exactly what we see.

Although fantasy as a genre has had a dedicated fanbase primarily through novels for decades, it was not until the Lord of the Rings films in the early 2000s that it truly became mainstream. After their success, however, fantasy began to fade and many wondered if the Lord of the Rings was a unique success for the genre. Then Game of Thrones came along. This cultural phenomenon was devoured by audiences hungry for new content year after year until the disappointing final season left a bad taste that soured excitement for any future content. Now The Wheel of Time is poised to take the spotlight.

Based on the bestselling novels with the same name by Robert Jordan and Brandon Sanderson, Prime Video’s The Wheel of Time tells the story of Moiraine Damodred (Rosamond Pike), a powerful magically gifted woman on a quest to find the reincarnation of the Dragon, an individual who is prophesized to either save the world or destroy it. Her journey leads her and her faithful protector Lan Mondragoran (Daniel Henney) to a small village that holds five potential candidates. As Moiraine begins her investigation, she quickly discovers she is not the only one seeking the Dragon and this new urgency propels the story forward.

Viewers are quickly introduced to five important characters as Moiraine explores the village: Nynaeve Al’Meara (Zoe Robins), the town’s healer and one of the village leaders; Egwene Al’Vere (Madeleine Madden), a young woman who is Nynaeve’s apprentice but is torn between pursuing this goal or settling down with her love interest; Rand Al’thor (Josha Stradowski), a local farmer in love with Egwene who is protective of her and wants nothing more than to settle down and live a simple life together; Perrin Aybara (Marcus Rutherford), a blacksmith with a good heart who must face a crisis of conscience over his actions; and Mat Cauthon (Barney Harris), a local gambler and horse trader who strives to provide for his younger sisters while his family is falling apart.

Although there are many recognizable characteristics of fantasy storytelling woven into The Wheel of Time, one of this show’s more interesting features is the diversity among its cast of characters. A more inclusive departure from the books, the Prime series has cast people of color as leads. Showrunner Rafe Judkins wonderfully chose to ensure that The Wheel of Time would stand out among other popular fantasy by actively adding diversity to the source material. The results could not have been better. Among the many outstanding performances in the series, there are several that are still particularly noteworthy.

Highlighting two prominent women of color and a Hispanic male in a series and putting them center stage for all to admire allows this series to infuse new life into the fantasy genre. Zoe Robins’ performance as Nynaeve Al’Meara is instantly recognizable by fans of the novels as a strong leader of her village who is protective of her people and won’t back down to anyone. Equally impressive is Sophie Okonedo who plays Siuan Sanche, the leader of the magical Aes Sedai and the ruler of the most formidable city in the world. In her performance, Okonedo shows a woman who must wear different faces to maintain her position and rarely can allow her true self to be seen by anyone. Also worth mentioning is Alvaro Morte who plays Logain Abiar. Morte portrays a man struggling with his inner demons while also maintaining his convictions. Though Logain has his flaws, Morte skillfully embodies an air of charisma and determination in this role that makes it easy to believe the character could recruit many to join his cause.

While watching this series, a particular point of interest is how often they refer to the breaking of the world, a cataclysmic event that set civilization back thousands of years. This breaking was caused, in the novels and series, by men who can channel. The word “channeling” refers to anyone with the ability to magically manipulate the five elements: water, wind, earth, fire, and spirit. Unlike women, men who can channel have had their ability corrupted by evil, eventually causing madness. Because of this, men who can channel are feared and hunted down by the Aes Sedai women who work to prevent any future catastrophe that could be caused by their chaotic use of power. In this fantastical series, the women are not just the gatekeepers of magical abilities but have also assumed the responsibility to keep the world order.

The Wheel of Time brings a sense of adventure and discovery to audiences. It shows a world filled with magic and evil creatures as one might typically expect from the genre. Characters travel to new exciting places on their quest to learn more about the prophecy of the Dragon Reborn. It also delivers opposing factions of people, along with their interesting philosophies, which appear destined to clash throughout the series. Political intrigue plays a role as well, particularly among the Aes Sedai who have sworn magical oaths to never lie. The interactions among these characters become that much more exciting as they must walk this fine line while also attempting to be deceptive among each other. The concept that is explored in the series is the idea of who can and who should not use magic. This notion soon becomes a focal point for audiences in the series.

The Wheel of Time delivers elements that any Lord of the Rings or Game of Thrones fan can appreciate while adhering strongly to the original source material for fans of the novels. The series ensnares its viewers with the tale that it weaves together. This might easily become an instant classic with fantasy lovers.

The Wheel of Time is available on Prime Video starting November 19, 2021.

New Images from the Amazon Series ‘The Wheel of Time’