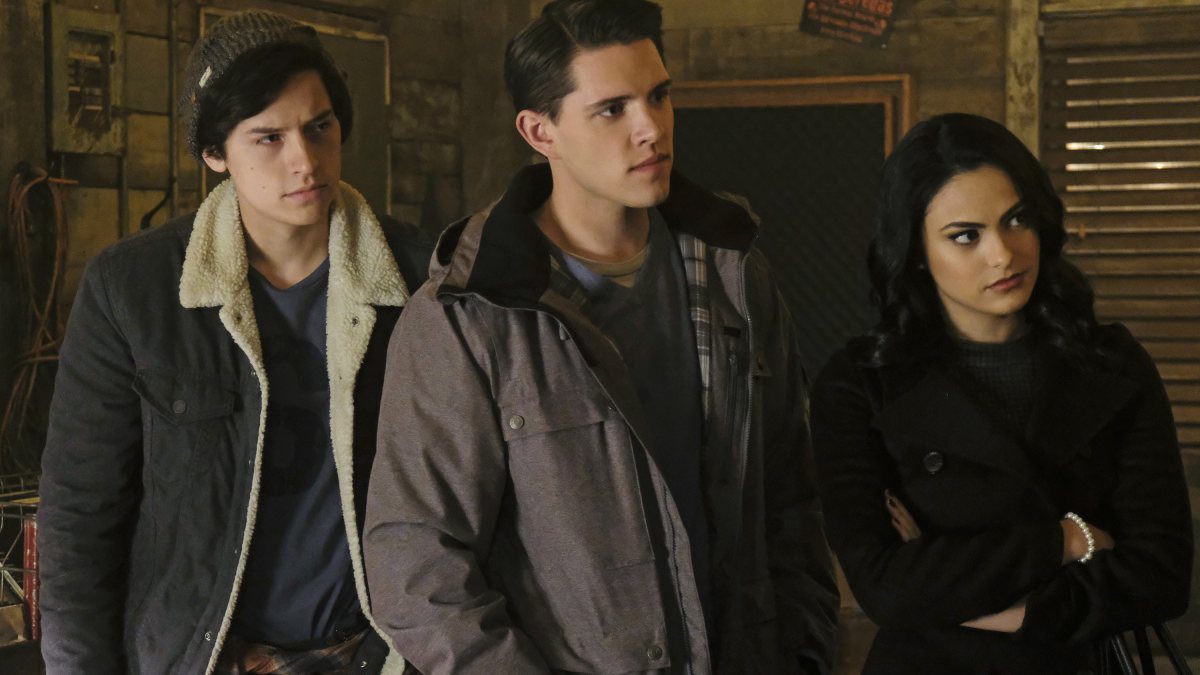 There’s a moment in “Anatomy of a Murder” where you think Riverdale may have actually done it. It may have conquered this wishy-washy season and concluded the mystery of Jason Blossom’s murder with something resembling shock, awe, and intelligence. It’s when Archie, Veronica, Betty, Jughead, and Kevin watch the contents of a USB drive they discovered in the lining of Jason’s jacket.

We don’t get to see what they see right away. All we see are our heroes (and Kevin, with an oddly large amount of screentime considering how little this show’s cared about him) staring. There are startled jumps and also crying. Betty calls Cheryl and tells her to get out of her house. It’s super and exciting and awesome, and then we see the video, and it’s like, “Girl, I guess.”

This isn’t to say the video–of Cliff Blossom shooting Jason in the head–isn’t horrific. It is. It’s just that, as the culmination of an entire season, it’s also meh. There’s nothing shocking about Cliff Blossom killing his son. It is Riverdale’s residents who can’t fathom a parent killing their child — but since they’re living in the TV show and we’re actually watching it, we need more.

That being said, Cliff killing Jason proves my lingering suspicion about Riverdale is correct: these grown folks are ruining these kids’ lives.

Useless adults are the bread and butter of teenage anything, of course. You can’t very well have teenagers saving the day if there are competent adults around because logically those adults would do it first. So you don’t mind it when you get parents who are either obstacles or don’t exist at all (hence the large number of absentee and/or dead parents in teen fiction). But then you have Riverdale putting these parents in our faces and also making them the worst.

Fred seemed to be the decent parent (there’s usually at least one), the well-meaning authority figure who trusts and respects his son a lot more than expected. But now he’s suddenly washing his hands of Jughead because all the Joneses are poisonous strife magnets who are just gonna bring Archie down? And Hermione, making less sense each day, prepares to go on the run with Veronica in case her illegal activities are exposed. Jughead’s mom shuts him down when he suggests coming to see her and his sister in Toledo, and FP sits in jail confessing to crimes he didn’t commit. He at least has a good excuse: keeping Jughead alive, but no one else can make that claim.

Especially not the Blossoms and the Coopers who literally can’t stop being hot messes for a single moment, and their messiness is now going to permanently affect Polly, her babies, and me.

Not a single person asked for the incest implications flitting about the Blossoms to actually become a thing. It certainly was never requested that the Coopers be dragged into it (though Alice gets a pass on this for being unaware and super grossed out). Oh yes, reader, those feuding dead men we didn’t care about, who kicked off this Cooper v. Blossom foolishness were actually brothers. So Polly and Jason are cousins, and their babies are sibling-cousins.

Does Polly even have a reaction to the fact that she fell in love with, had sex with, and planned to marry her cousin? That she’s now giving birth to babies born of incest? Is everyone just gonna be cool with this from now on? I’m 85% certain none of these questions will get answers so why did they need to be asked? And where did Hal Cooper find the nerve to ask the Blossoms (who are totally unbothered by the incest) what’s wrong with them when he didn’t just use his words and tell Polly she shouldn’t have sex with her cousin? And how did I avoid projectile vomiting when Penelope said, “those babies are purely Blossom”?

These people were messed up before we knew about the incest so once we know about it, it’s even less shocking that Cliff killed Jason. Family clearly means something else to these people. We still don’t know why he did it, and I struggle to care. It’s probably got something to do with the Blossoms’ maple syrup empire (which manages to be simultaneously over the top and boring), and Jason and Cliff are dead so what now?

Someone else will probably die, and I wouldn’t be opposed to that if I thought it would be at all meaningful. The thing about murder mysteries is you have to care about them being solved. But Riverdale killed a character we never knew and still don’t know, and his killer was a man whose only character trait was creepiness (and also, wigs). This doesn’t even touch most of the main cast (Cheryl’s gonna need serious therapy but probably won’t get it) so you’re left wondering if any of this mattered at all.