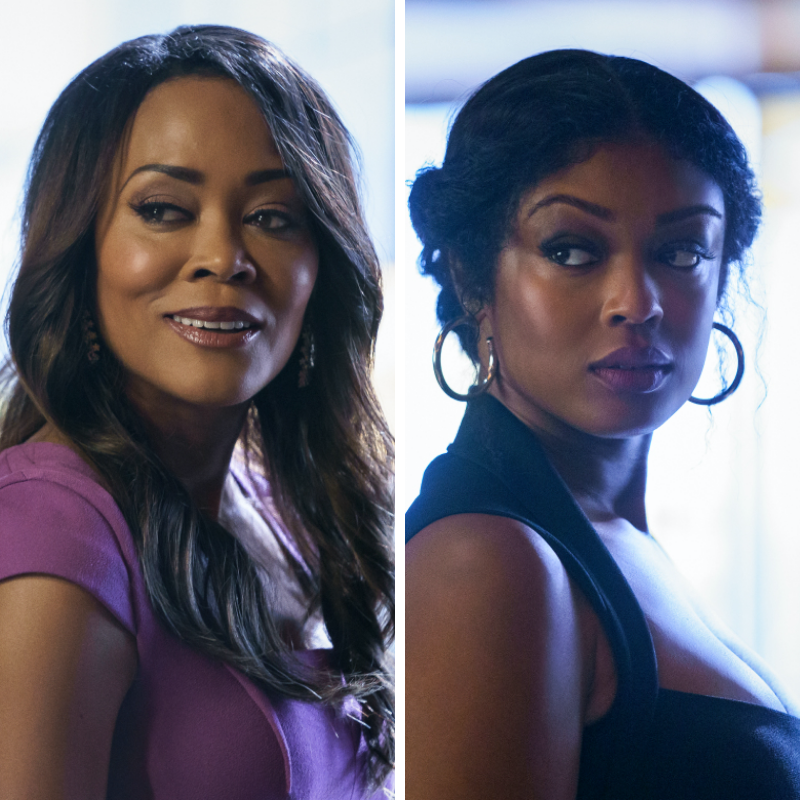 After widely public cast changes and plot reshuffles, The CW’s Batwoman has become known for carving its own path. Last season, we saw Ryan Wilder (Javicia Leslie) take up the mantle after finding Batwoman’s costume. Originally belonging to Kate Kane (Ruby Rose), the suit was found among wreckage that was possibly the plane bringing Kate back from National City.

With confusion as to Kate’s whereabouts hanging in the air, we see Ryan — an ex-con with a heart of gold and amazing martial arts skills — don the suit to fight crime, starting with the villain who killed her adoptive mother.

It wouldn’t be an Arrowverse companion without a series of twists and turns, and it wouldn’t be Batwoman without Bruce Wayne somehow making a mess of things. At the end of Season 2, we see some of Batman’s trophies (mementos from each criminal he put away) wash up on the shore of Gotham City. We see Poison Ivy’s plant, the Riddler’s umbrella, and the Mad Hatter’s top hat, among others.

With the help of Season 2 villain Alice (Rachel Skarsten), Ryan’s Batwoman will do whatever it takes to prevent the trophies from getting into the hands of the unsuspecting — the trophies’ supernatural characteristics are sure to wreak havoc. Oh, did I also mention Ryan’s birth mother is actually alive? Ryan has a full plate, to say the least, and it appears that the resurfacing of Jada Jet (Robin Givens), owner of Jet Industries, is not going to bring familial catharsis to Ryan.

We don’t know much yet about Jada except that as a young mother she had to give Ryan up, and she now has a son Marcus (Nick Creegan), who seems to be a handful. It’s unclear as to whether the two will reunite with tears of happiness or bitterness and what part Jada will now play, since Givens is now a series regular.

I had the pleasure of chatting over Zoom with Leslie and Givens about what we have to look forward to from the pair during Batwoman’s third season.

Javicia, I know you have a history of reading comics. How much were you into Batwoman and what’s it like having an original character made for you?

Javicia Leslie: When the show was coming out, I was interested from a directing standpoint because I love directing. I was interested in how they were going to truly package and shoot the show. Gotham is such a beautiful, haunted city. Anytime it comes to TV, it catches my attention. I just loved how it was shot, and when I finished the first season, I was just like, “Wow!” You get this feel of Gotham, but it’s run by women. You get the feel of dark and gritty Gotham, but the superhero is a woman. So when it came to Ryan’s version of that, it was really cool to add in the element of being a woman but also of being Black. And the fact she was raised in the foster care system [means she] pays extra attention to that community that doesn’t get looked at.

Robin, I have the same question for you: What is your relationship to Batwoman and what can you tell us about Jada Jet?

Robin Givens: Well, the fact that I’m Jada Jett, and she’s [points to Leslie] that woman’s mom is just so fantastic. When I think of Ryan, she just seems like such a good person. Just the core of her is so good that it makes sense to me that she’s that woman. When we meet Jada Jet, we see that she’s a powerhouse in her own right. She runs a major company in Gotham, and you get the feeling that she could run all of Gotham City and do [it] so effortlessly. She’s not afraid of anything, but still, she’s very much a mom. I feel like her Achilles’ heel is a soft spot for her children, and I love that aspect of this character. First and foremost, she’s a mom willing to do anything to protect her children.

While the show hasn’t really gone into the hows and whys of Jada giving Ryan up, the reunion that I’m sure is soon coming is happening right in the middle of a lot of drama. What is the dynamic of Jada and Ryan’s relationship?

Leslie: I feel like at the end of the day, we’re talking about a daughter and a mother. No matter what they have been through separately, I do feel like there’s always going to be this longing to be with your daughter and there’s always longing to be with your mother. That’s always there. I don’t think their relationship is the issue — I think everything surrounding the relationship and all the other players involved tend to play a larger role in the conflict of their relationship.

This season, Batman’s trophies are all over the place, and people are starting to pick them up. We see Poison Ivy’s plants, the Penguin’s umbrella, and the Mad Hatter’s hat. For both of you, who is your favorite Gotham villain?

Givens: You know, I love Catwoman! She’s a villain, right?

Maybe an anti-villain, sure!

Givens: You always wanted them to get together, right? She and Bruce — you always felt like there was this real love between them and they belonged together, however long it was gonna last. So she was my favorite.

Leslie: My favorite villains, because I can’t pick one … I really love the Joker, [which] has a lot to do with the amazing actors who have played him — Heath Ledger, Joaquin Phoenix, and many more to come. But then, I also really love Penguin! I was a huge Danny DeVito fan — I just think he’s amazing and I loved how he played it, so weird and creepy.

Often, with shows like this, people of color get left behind, but Black women especially become almost invisible in these narratives. It’s great to see, along with you both, that there’s also Megan Tandy and so many others really coming forward. What else do we have to look forward to in Season 3?

Leslie: It’s like a Batman-meets-Batwoman type of season. You’ll get the vibe of having these epic Batman villains, but again, it’s a woman superhero. So you get to feel that feminine power through the entirety. It’s just epic! Robin being Jada Jet is bringing such a force and power and strength to our show, and we have Nick Creegan playing Marcus, Jada Jet’s son. Also in our cast is Camera Johnson, Rachel Skarsten, [plus] Nicole [Kang], Megan [Tandy], and Victoria [Cartagena], which means the return of Renee Montoya, who is a force in the world of Gotham. It’s going to be a really fun season.

Batwoman Season 3 premieres Wednesday, October 13, at 9 p.m. ET on The CW Network and will be available next day for free on The CW app.