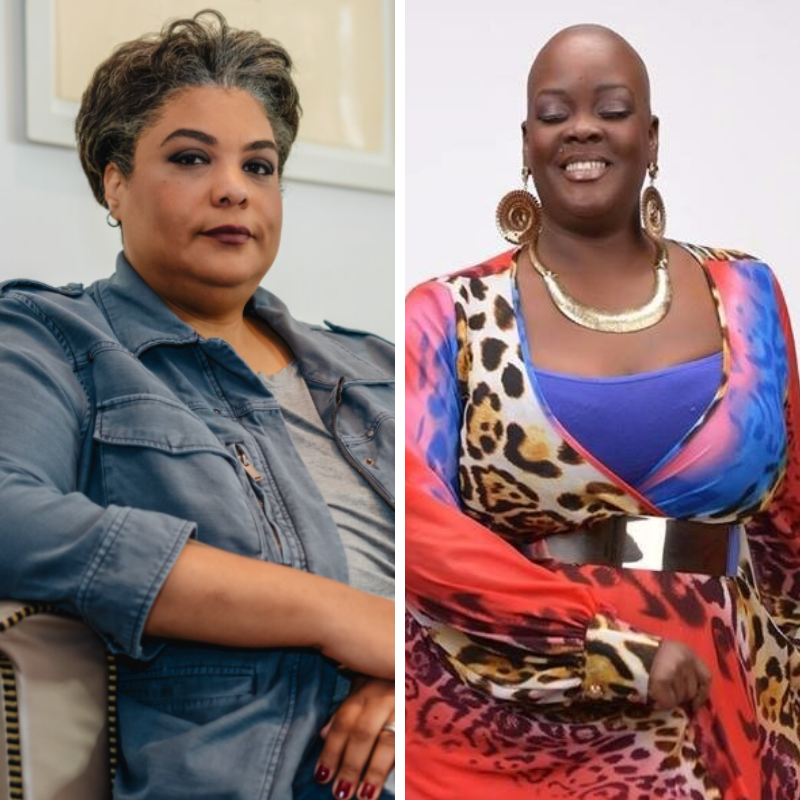 For years, cinema has approached body image in a resoundingly monolithic way. This is particularly true for women, as thinness often equates to success and beauty while fatness is viewed as failure and ugliness.

The tropes of the funny fat girl, the former fat girl and even the tragic fat girl have become staples across film and often tell a pathologized story of fat women, when in reality, they are people with so much more to their stories than their bodies.

Turner Classics Movies (TCM) has scheduled network screenings for May centered around Body Images on Film to explore this phenomena.

With screenings of Hairspray, Muriel’s Wedding, Precious, which premieres on TCM, famous authors Sonya Renee Taylor (The Body Is Not An Apology) and Roxane Gay (Bad Feminist) collaborated with TCM for a special documentary.

This mini-documentary focuses on the history of fatphobia in film and how it intersects with race, body positivity, body neutrality, and storytelling.

BGN was able to catch up with Taylor and Gay about their thoughts on how body image is depicted in the film world and through the three featured films on TCM.

Exploring the Film Trope of Skinny Better Than Fat

Taylor explains, “I think that film really just mimics in many ways our current perspective and our current paradigm as it relates to bodies. We see fat bodies in society as losing bodies, as bodies that are failing. So, inside of film, there’s this constant trope, part of the narrative of film is that you’ve got to set up this protagonist and you’ve got to set up the thing that they have to conquer. Then there’s their triumph story. As long as we live in a society that sees fatness as failure, then fatness becomes the antagonist for fat bodies, almost always, regardless of what other real things could be happening inside of the protagonist’s life. The biggest obstacle that they face is fatness.”

Both Taylor and Gay explore how each of the TCM films capture the problem of these supposed triumph stories.

“I think that there are a lot of great stories that go untold. One of the things that we see oftentimes in fat storytelling, and certainly you can see this in the TCM series, is that to be an unruly body, to be fat, means that you are unhappy and that you’re trying to fix it or change it. What’s even more insidious is that a lot of times the women that they put up as fat aren’t actually fat. Like in what world is Toni Collette (Muriel’s Wedding) ugly or fat? It’s just egregious. And, you know, these are the kinds of things I spend way too much time thinking about,” Gay shares.

These bodies are often women and girls who are conditioned to fit an unattainable standard of beauty.

“I think it immediately sends the message that loving us is conditional predicated on our appearance. We see young girls very specifically adopting this ideology very young. Studies are showing that girls as young as seven are already showing signs of body dissatisfaction. Girls between 11 and 13 are already dieting, and they would sooner lose a limb then become fat. So, these are the kinds of paradigms that we are putting out into the world. Then, consequently, we see the long-term outcomes, significant eating disorders,” Taylor explains.

She goes on to say, “There are correlations between young women becoming the fullest versions of themselves and the messages that we give them about whether or not they are lovable just as they are, as opposed to how they’re less lovable if they’re fat.”

Movies often provide white women a redemption arc for their “unfortunate fatness.” They can end their story on a skinnier, thus, “happier” note than they started on. However, things often worsen for Black women.

“I think it’s for the same reason that Black women are generally not given personhood or agency. Most times it’s because we are overlooked or we are seen as setting and scenery rather than as self-actualized individuals with stories that matter,” Gay explains.

Part of the visibility that Gay describes is seeing how bodies are policed for an intersection of reasons. Many are tired of being monoliths and having their lives depicted as homogenous cliches.

She sums it up, remarking that, “I think if we start really getting to see the fullness of that connection, we can stop playing like whack-a-mole with each of these issues. You can actually say, ‘Oh, what does it look like when we make space for everybody and for the beauty and joy of every body inside of film?’”

Taylor and Gay offered some powerful takeaways for how the film industry and the world can approach changing the narratives on body image, particularly when it comes to hyper-focusing on fat bodies in a stereotypical way.

“I think one of the main things we can do is to recognize that people are people and that we have interesting stories to tell and that we have stories to tell that have nothing to do with our bodies. You know, we will definitely have reached the promised land when we can see multiple stories about fat people that aren’t about weight loss, body image, and things like that, where they just happen to be fat, but also have a love life and a professional life and concerns in those realms rather than all about their bodies,” Gay explains.

Taylor also mentions, “It’s important to change that narrative because that narrative reinforces the story and the stigma that women have to live with, and what it says is that there is nothing else about me. What it does is centralizes that as the key aspect of one’s identity and inside of that, it embraces our humanity, embraces our fullness, it raises the dynamics of our full lives. Know fat women are sexual and have relationship drama and they have careers.”

She expands on that, sharing, “Those careers have different aspects to them. They have families and complications with families and actually all the same human issues that we are all subject to. But I also think it’s important to remember that what we’re often watching are stories written by thin people about fat people. Inside of those stories, we are incited by the imagination of what thin people think that people’s lives are like. That’s in part because they’re not inside of the actual experience, the lived experience of fatness and probably don’t have that many fat people in their lives who they see the fullness of their humanity with.”

The TCM documentary provides examples of how there are occasionally powerful narratives from women that happen to be fat but also fully realized people, like with Tracy Turnblad in Hairspray. However, that more often than not, they are inauthentic depictions, like in Muriel’s Wedding.

Here’s the next TCM movie roundup for their Body Images on Film. Audiences can tune in at TCM.com.