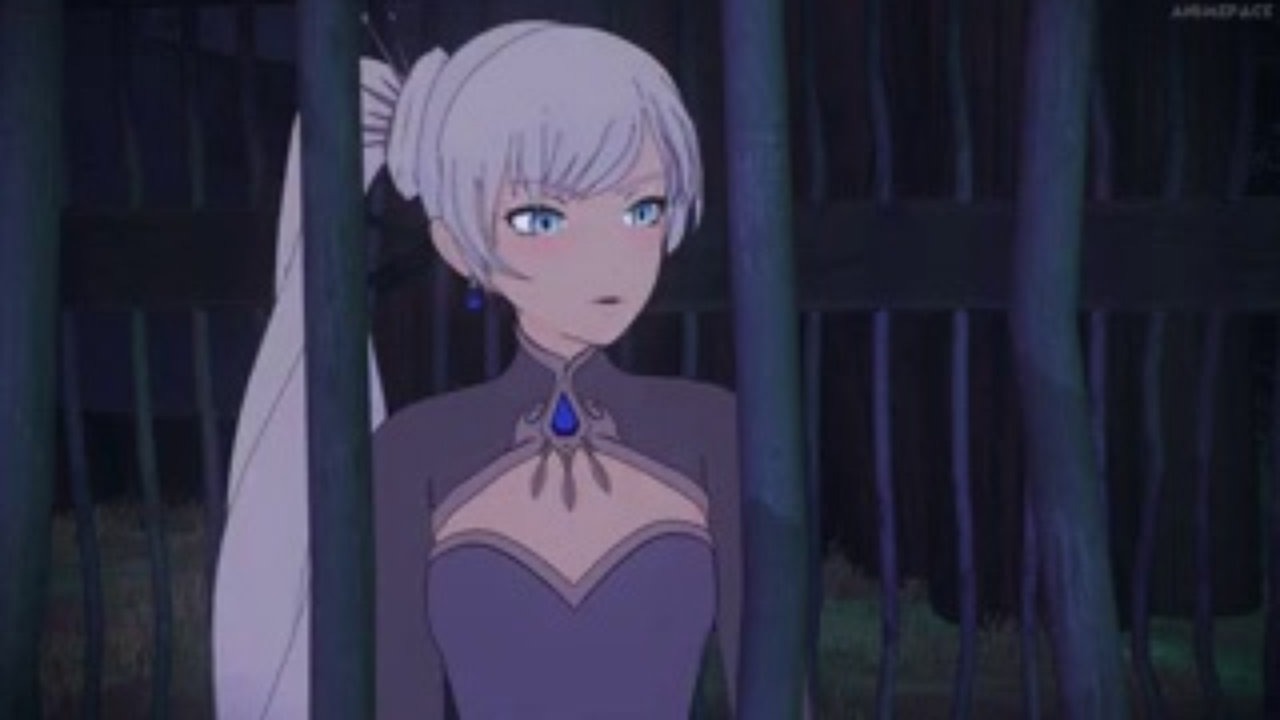 Our heroes know of The White Fang’s plans and prepare to counter their attack on Haven Academy. Blake Belladonna’s dad urges the Faunus to help humanity and Ruby Rose and friends get ready for combat. Plus, we learn more about Professor’s Ozpin’s condition. Sorry, no fight scenes this time guys.

As chieftain of their community, Ghira Belladonna, is the one who decides to break the news to the people of Menagerie. In an impromptu press conference, he reveals Adam Taurus’ plan to overthrow Sienna Khan and take over The White Fang with a small radical faction (of course it’s too late for her since she died in the last episode). He reminds his fellow Faunus in an MLK-like speech that they should be equal to humans, but violence is not the way. Everyone is engaged and reacting to his every word. He further updates the town that Adam plans to attack Haven Academy and then this is where he loses them. He exclaims they should all go to Haven and protect it at all cost… Mind you, these are regular townsfolk he’s speaking to, not warriors. Additionally, the humans are their oppressors, so no, they are not about to rush to possible death to save them.

Noticing the sudden change in atmosphere with the crowd, he brings Blake to the podium to recount her experience as a member of the White Fang and a student at Beacon Academy during its fall, when… she’s abruptly interrupted by Ilia. Ilia tells the crowd that Adam will rescue them and the Belladonna’s are the worst kind of Faunus who tries to help humans. Sun goes after Ilia but she escapes.

The scene ends there. It’s left pretty open. I could have seen it go in either of two directions: the people of Menagerie fall in line with the Belladonnas and prepare to fight or they are swayed by Ilia and turn on the Belladonnas. But disappointingly neither happens and it doesn’t commit to a conclusion. I suppose we will get more of that next episode, but as of now this scene, which was about half the episode, barely seemed to have much of a purpose.

THE MYSTERY OF PROFESSOR OZPIN

Back at Mistral, Ruby and her companions hassle Oscar who is possessed by Professor Ozpins’ soul. Last season, we learned a boy named Oscar Pine was possessed by the soul of late Professor Ozpin who died during the fall of Beacon. How this occurred? We didn’t know up until now. Ozpin speaks through Oscar and confesses he’s been walking the Earth for thousands of years. Every time he dies his soul merges with the soul of another person who is of like mind. Apparently, he had been cursed by the gods for not defeating Salem long ago.

Ozpin is concerned by Professor Lionheart’s actions. All headmasters were supposed to take instructions from Ozpin, so Ozpin immediately knows Leonardo is not only acting abnormal but is disobeying direct orders he left before he died. The White Fang’s plan is to attack right before the new school semester begins and they have to ensure the safety of the relic of knowledge. In the meantime, Ozpin’s goal for the next month is to train Ruby and the other students to become better fighters.

Weiss finds herself locked up in an outdoor cage. She’s confronted by a female named, Vernal, who happens to know Weiss is of the Schnee family. She wants to ransom Weiss back to her father (whom she just ran away from). Weiss warns that her sister, Winter, would come after her once she realizes she didn’t arrive in Mistral. However, Vernal informs her that’s unlikely since Atlas’ troops had been recalled from Mistral and are headed back home. So, for now, Weiss has to stay put. With not much she can do unarmed, she sends out her guardian. To do what? We don’t know yet, but probably to bring back help.