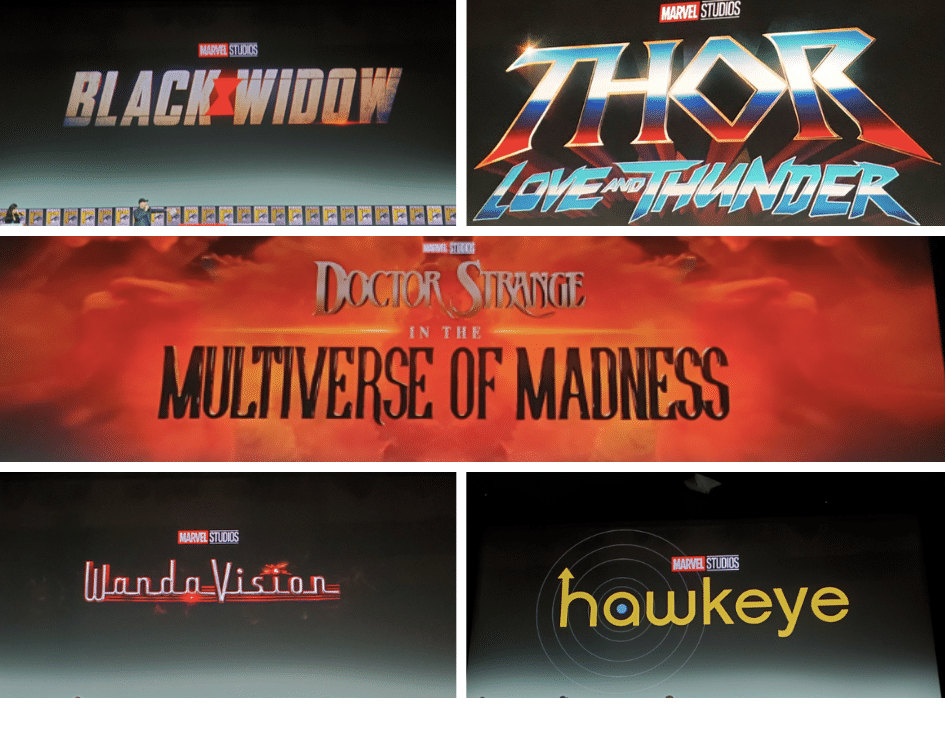 The cat is finally out of the bag and Kevin Feige and company has finally revealed what will launch in Phase 4 of the Marvel Cinematic Universe.

As the lights died down in Hall H, a greatest hits reel of MCU footage from past Marvel films was shown. Marvel also showed a video that summed up the Infinity saga featuring all of the characters from the movies. Kevin Feige graced the stage and said, “The infinity Saga is complete. I never thought it would happen and it never would have happened if not for all of you.” 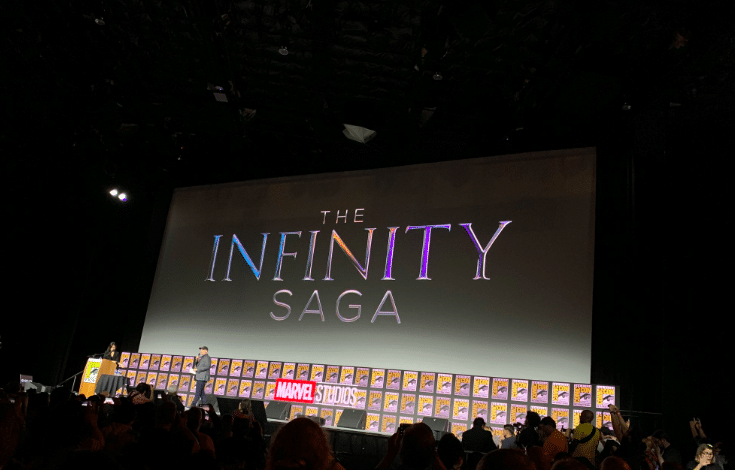 He later introduced his team of producers which included Louis D’Esposito and Victoria Alonso and all who worked on the Infinity saga. Feige also stated that Avengers: Endgame is the biggest film of all time.

Here’s what was uncovered: 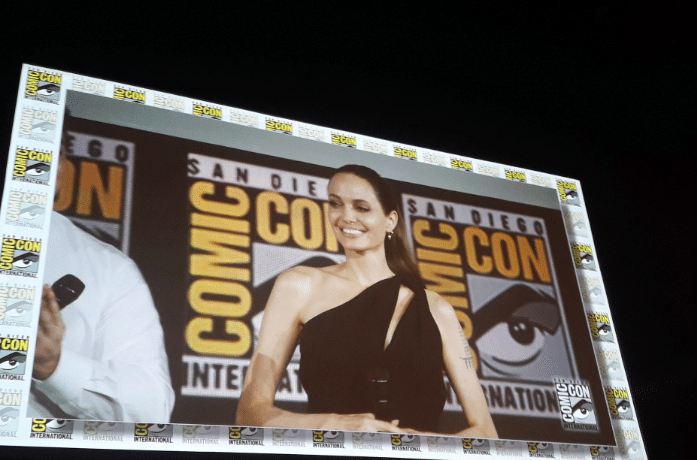 Game of Thrones actor Richard Madden went on to say, “I play Icarus. The sexiest of the Eternals.” Another extraordinary announcement is that The Eternals will have the first deaf character in the MCU, a definite win for the disability community to be represented in the MCU. Lauren Ridloff, a deaf actress, expressed how impactful this role will be for her. She related to this story as a child. Salma Hayek added, “We’re so excited to have a diverse family of people (in this film) who has never been represented.” Bryan Tyree Henry wants to bring a new flavor to Phastos.

The Falcon and the Winter Soldier – Release Date: Fall of 2020

Anthony Mackie and Sebastian Stan grace the stage as its announced that the new Disney + streaming network will feature its first MCU spinoff film The Falcon and the Winter Soldier. 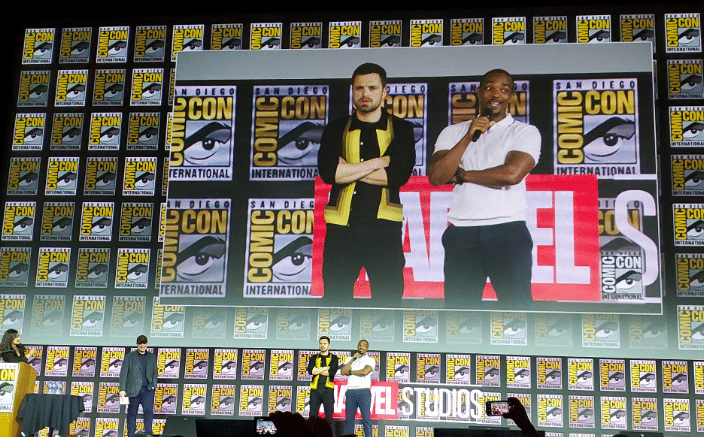 Sebastian Stan says, “We’re living our dream.” Lots of jokes and fun. Anthony Mackie adds, “We’re having the best time. When we go to work, we have a REALLY good time.”

Shang-Chi and the Legend of the Ten Rings – Release Date: February 2021

It has been revealed that numerous Easter Eggs have been inserted in the Inifinity saga films about the Ten Rings. Shang-Chi director Destin Daniel Cretton appears on stage along with actor Simu Liu playing the title role. Awkwafina will also star in the film. 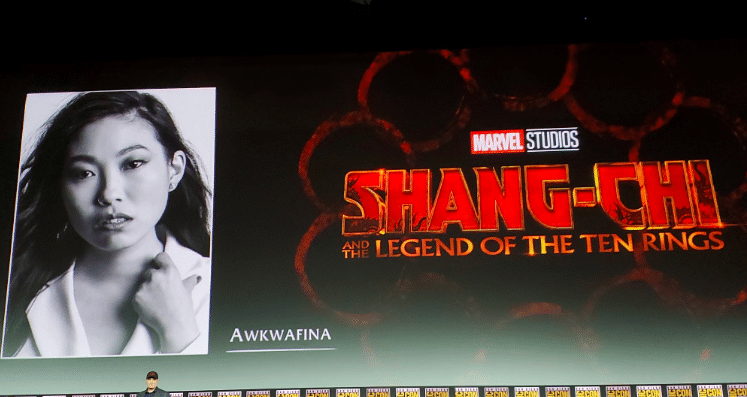 Actors Elizabeth Olsen and Paul Bettany grace the stage during the presentation.  The series will take place after Endgame. Monica Rambeau will be featured in the show and will played by actor Teyonah Parris. 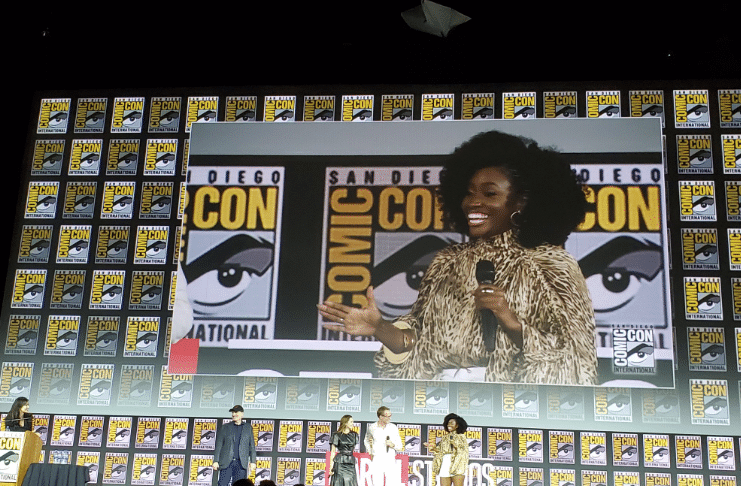 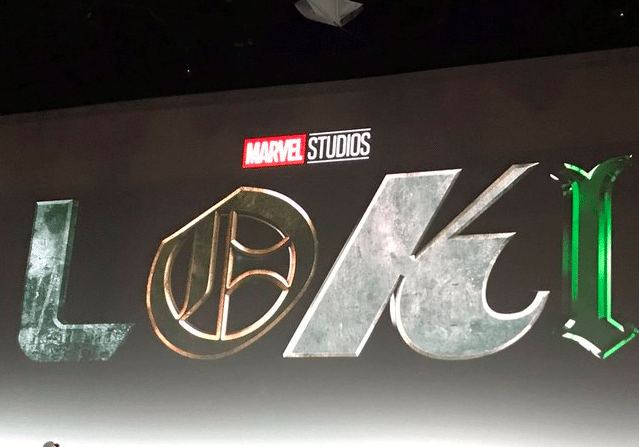 Tom Hiddleston says, “This is one of the most exciting creative territories I’ve ever come across.” “New challenges. I cannot wait to get started.”

Jeremy Renner joined the stage and it was officially announced that Kate Bishop will also appear. 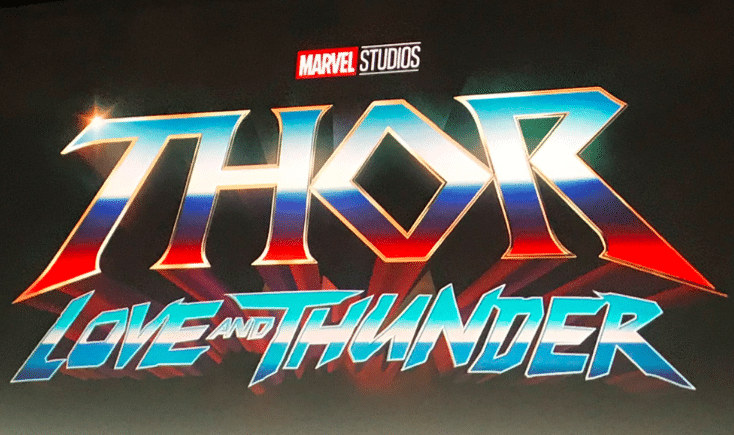 Chris Hemsworth and Tessa Thompson return as well as Thor: Ragnarok director Taika Watiti. Tessa Thompson says, “First order of business for Valkyrie as king would be to find her queen.” Actor Natalie Portman has been confirmed to play the female Thor in this highly anticipated sequel. Valkyrie will also make New Asgard open for anyone, any refuge. 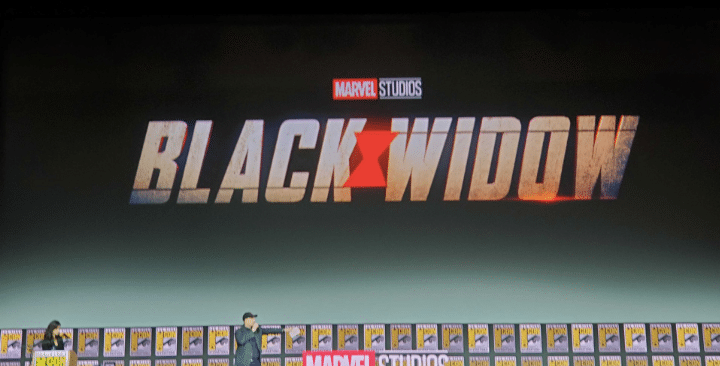 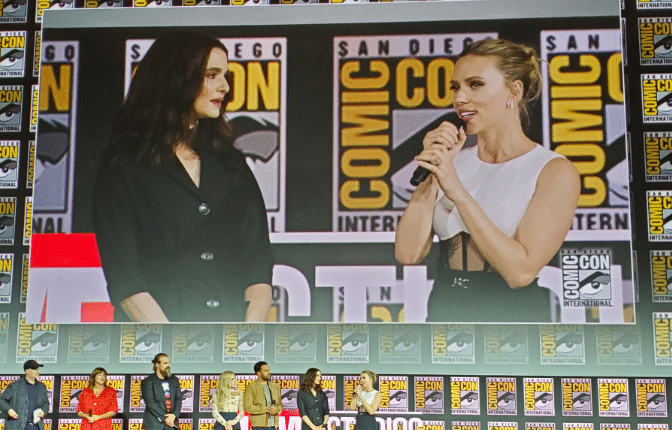 Scarlett Johansson and the cast appeared on stage during the Black Widow presentation. David Harbour graced the stage wearing a Captain America shirt, and discussed how he has “complicated” feelings about Cap. That makes for an interesting hint. Rachel Weisz says her character is “a pretty tough chick.” Black Widow has been currently filming for 30 days in Budapest.

And Mahershala Ali will be playing Blade in the new Marvel reboot. YAAAS!

The first animated series from Marvel Studios is called What If? Actor Jeffrey Wright will be voicing The Watcher.

What MCU films are you looking forward to?