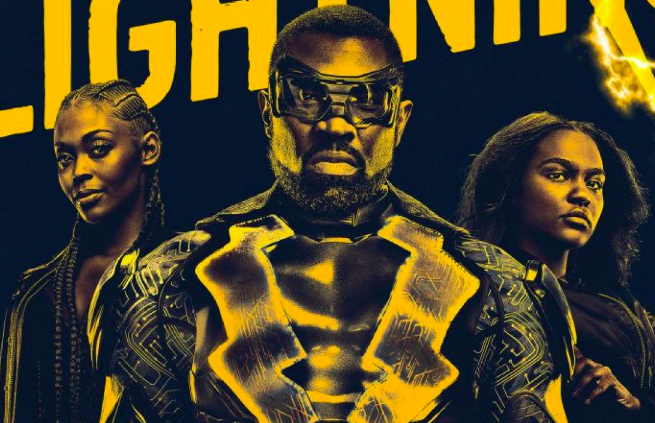 The move follows the network’s announcement last week that it is planning a spinoff of the series titled Painkiller, with Jordan Calloway reprising his role as the titular character. The episode will air during the upcoming final season of Black Lightning. Painkiller is written, directed and executive produced by Salim Akil, who also has been the driving creative force behind Black Lightning as executive producer/showrunner Deadline reports.

“When we first started the Black Lighting journey, I knew that Jefferson Pierce and his family of powerful Black women would be a unique addition to the superhero genre,” Akil stated.

“Thank you to the phenomenal cast, writers and crew without whom none of this would’ve been possible. I’m incredibly proud of the work we’ve been able to do and the moments we’ve been able to create in bringing DC’s first African-American family of superheroes to life for the culture. I’m very grateful to Peter Roth, Warner Bros. TV, Mark Pedowitz, The CW Network and Greg Berlanti for their partnership and support of my vision at every step of this journey. While Season Four may be the end of one journey, I’m extremely excited to usher in a new chapter and continued collaboration with The CW as we tell the story of Painkiller.”

The series was launched in 2017 and has won Black Reel Awards for Television for Outstanding Drama Series in 2018 and has 16 nominations. Although this does mark the end for Black Lightning, it is not the end of Black superheroes in film and TV. This may come as a surprise to our readers, but another electric Black hero is going to get his own movie, Static Shock this time with Michael B. Jordan. Not only is DC embracing Black heroes, but Marvel is also slated to release Spider-Man: Into the Spider-Verse 2 in 2022.

While our ability to console you for the loss of Black Lightning is limited, we can tell you what lies in the future. We will most definitely keep our eyes open.