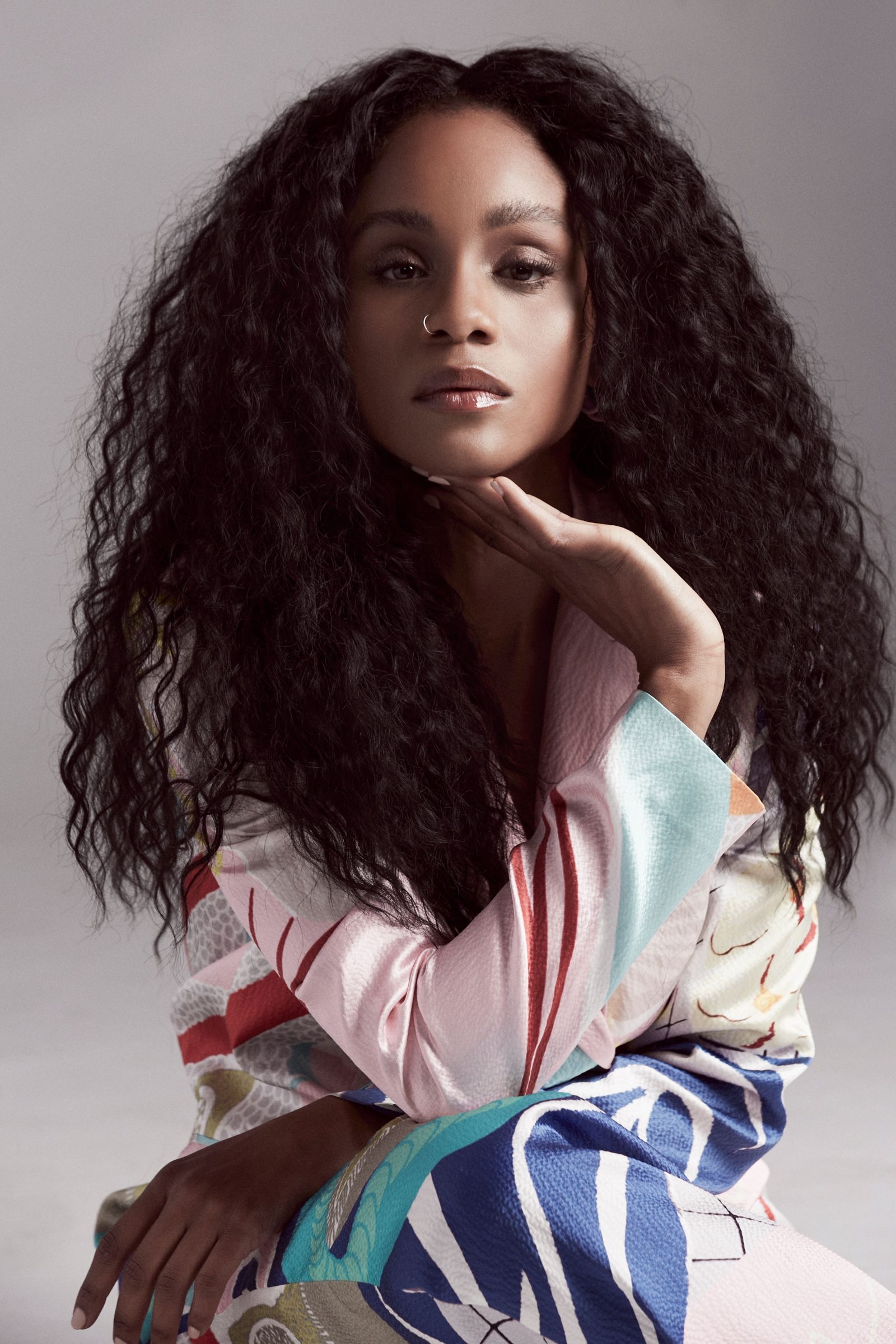 And, no, “Geffri” isn’t a stage name. Her mother liked the juxtaposition of masculine and feminine names and the combination of “soft and strong,” so they landed on Geffri. With her Instagram handle being “girlwithaboysname,” it seems like she’s owning it.

In fact, “Soft and strong” might be the best way to describe both Geffri and her All American: Homecoming character Simone.

Like Simone, Geffri has attended a historically Black college or university (HBCU). While Simone attends the fictional Bringston University, Geffri graduated from Clark Atlanta. I’m confused when she tells me this because multiple sites have painted her as a twenty-two-year-old, and I’m shocked someone so young could be this accomplished and composed. It turns out, according to Geffri, “that’s very incorrect,” but she’s not upset at the mistake.

This seems to be a running theme with Geffri: she is driven towards success, but she understands the occasional need for compromise.

Take, for example, the story of how she landed the role of Simone on the original All American.

Simone was originally written as a three-episode character, “maybe five.” Still, Geffri saw the silver lining: “In a sense, [a supporting role] is attractive because, if you’re connected to a lead, then you know you have some importance, and you know that you’re at least gonna be there for a while.”

“Long enough to at least pay your bills,” she adds.

Beyond the financial, however, Geffri saw the cultural importance of the role. When I ask what attracted her to the role, she clarifies that, although Simone’s original limited run didn’t have her necessarily sprinting to the audience, All American as a cultural phenomenon did.

“I was attracted to All American… It was one of those things where it was like, ‘I have to be on this show,’ because it’s about Black people, and I wanted to be a part of it because it had such an impact on the culture.”

The “strong,” though, comes out moments later when she describes the benefits of being on a popular program. “All American has a huge fanbase: from men to women, Black to white, rich to poor. That’s attractive in general because it allows you to solidify your legacy, in a sense” — the strong — “and to be a part of something that makes people feel good.” The soft.

Talking to Geffri, I begin to better understand Simone as a character.

Simone’s arc throughout the season has been one of moving on and growing up — the commonplaces of a college experience. But, of course, hers has been a different journey than that of the college students we usually see on television. She was married, then divorced. She had a child, and then she placed him with an adoptive family.

She comes from a nuclear family, but “nuclear” means something entirely different when it concerns her combative mother. Though Geffri has had a very different life from this, coming from a single-parent household in which her grandmother was also one of her primary caretakers, she still brings a lot of her own vulnerability and steadfastness to Simone. That said, Geffri is still learning about the character.

“Starting off All American, she was a fixture, to a degree, and support for a lot of different characters’ storylines. But now that we have Homecoming, it’s amazing to actually have an opportunity to get to know her, her experiences, her triggers, and how she moves with the ebbs and flows of being a college student, [with] being a young adult.

But I think that the most fun aspect of being to grow with the character is that you kind of creates this person. So, it’s kind of like everything that Simone is — to All American, to Homecoming, and to me — I just naturally pull from myself. So it’s fun to add little bits and pieces of Geffri to the role I’m playing because it makes it light-hearted, and it makes it authentic. And that’s what really matters.”

We discuss Homecoming’s focus on Black Excellence as a theme. When I ask Geffri about this phrase and her relationship to it, the soft and the strong cohere in a way that makes each one indistinguishable from the other.

“I just think that time has always been now for Black people to be celebrated for who we are. Like, truly authentically. [We’re] not looking to be received under a certain gaze. Unfortunately, we’ve had this mindset that for us to be taken seriously, we have to have our hair a certain kind of way; it has to be a certain kind of length; we have to have a certain kind of skin tone. All of that has been devastating for a people to try to progress past. But,” she adds, “I’m so proud of us as a community, as artists, as movers and shakers… there are so many things we as a people have done and continue to do.”

We circle back to HBCUs and their impact.

The soft and the strong remain cleaved together as she makes a final statement: “I want kids to know that there’s not one type of way to celebrate being Black, to be a Black person. I just want Black people to remember we’re on a steady climb. But we’re here, you know?”

All American: Homecoming is shown Mondays at 9pm on The CW and The CW’s streaming service.