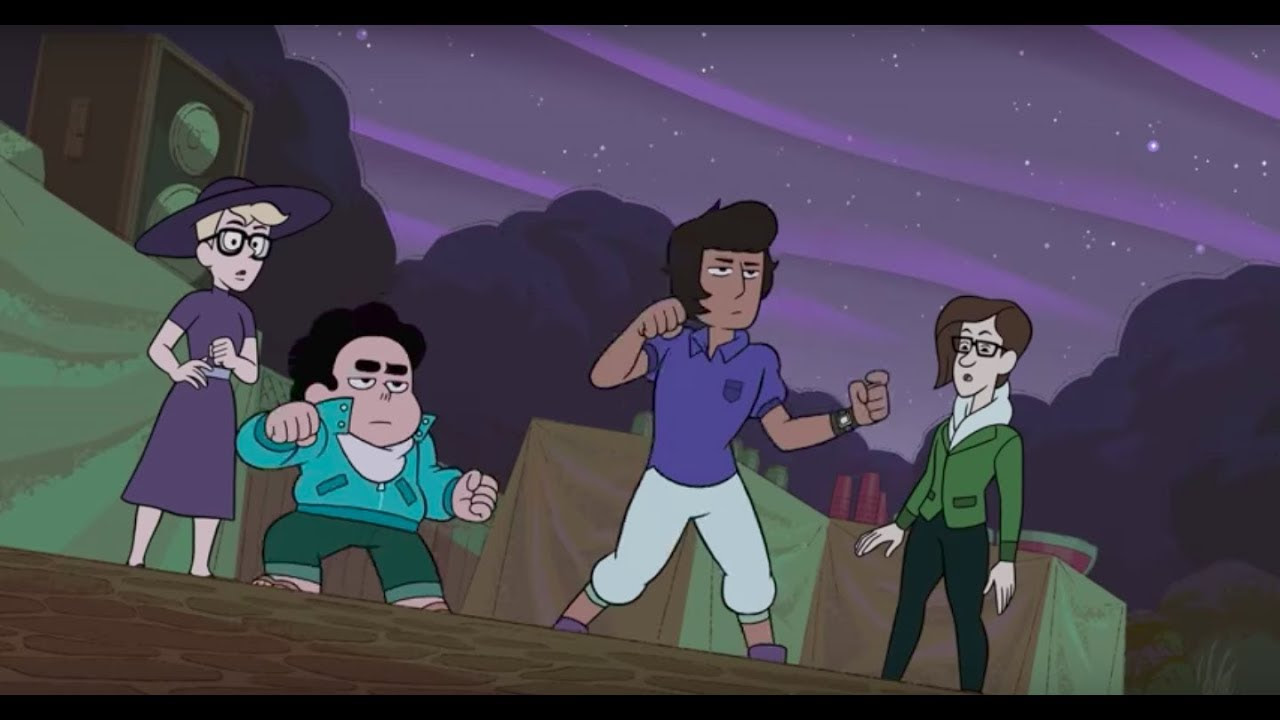 Well, it took all five episodes of the ‘Steven Universe’ Bomb, but we finally got a resolution regarding the Steven/Connie situation…though it turned out to be a bit of a crappy one.

The episode starts out with Lion being MIA and Steven posting adorable “Missing Lion” posters. Then Kevin’s trifling ass shows up. Remember him? The rich little prick who’s in love with Stevonnie, Steven and Connie’s fusion? Well he’s throwing a party for all the coolest kids in the city and wants Stevonnie to show up, and he knows he needs Steven for that, so he begs him to come to the party.

Side note — I almost missed this the first time I watched it, but Kevin refers to Stevonnie as “they.” By now he knows that Stevannie isn’t an ordinary teenager, but rather the form that Steven and Connie take when they “combine,” and even though Kevin doesn’t know anything about fusion or Gems, he doesn’t care. He still thinks Stevonnie is the coolest person in Beach City and also incredibly attractive, which is actually amazing. Is this a metaphor for being in a relationship with a non-binary person? Possibly, and I’m here for it.

Anyway, once Steven realizes Connie’s agreed to go to the party, he decides to go too. See, she hasn’t spoken to him since episode 5 “Dewey Wins,” and he wants to resolve this thing once and for all. But once he comes to the party and sees her, with her brand new haircut and hanging out with LION, WHO APPARENTLY RAN OFF TO HANG OUT WITH HER, he gets too nervous to approach her and wants to leave. Kevin knows he can’t have Stevonnie without the two of them reconnecting, so he takes it upon himself to help Steven “win her back” by changing his clothes and acting like he’s having a great time at the party and not even noticing her presence, which is supposed to lure her over to him. What that dismissive attitude does do is upset her enough to want to leave. But Steven drops the act, and they finally talk and make up.

What’s upsetting for me though, is that once again, everything is Steven’s fault, so that he finds himself apologizing not just for the way he acted at the party but also that long period of time they weren’t talking, when in reality, that’s Connie’s fault. That’s at least a month of Steven calling and sending texts, and her ignoring all of them. She had reason to be upset with him, but she had no reason to do that to him, and even the explanation she gave for it “I wanted to text you that I didn’t want to talk right now, but I figured I should tell you that in person, but when I came over you weren’t home, so…” is weak as hell. He’s supposed to be your best friend, and you ghosted him for quite literally no reason. A simple “I’m upset with you and need some space,” would have sufficed, but she didn’t even give him that, but everything’s still Steven’s fault? No consequences on her end?

I get that after five episodes the writers would want to resolve this fight as quickly as possible, but pulling a fast one like that is a disserve to both characters. So, boo! (Though I am glad to see them friends again, I’m not going to lie.)

Steven: “If you see him, call me right away! He’s my only interdimensional gateway to space, and I love him.”