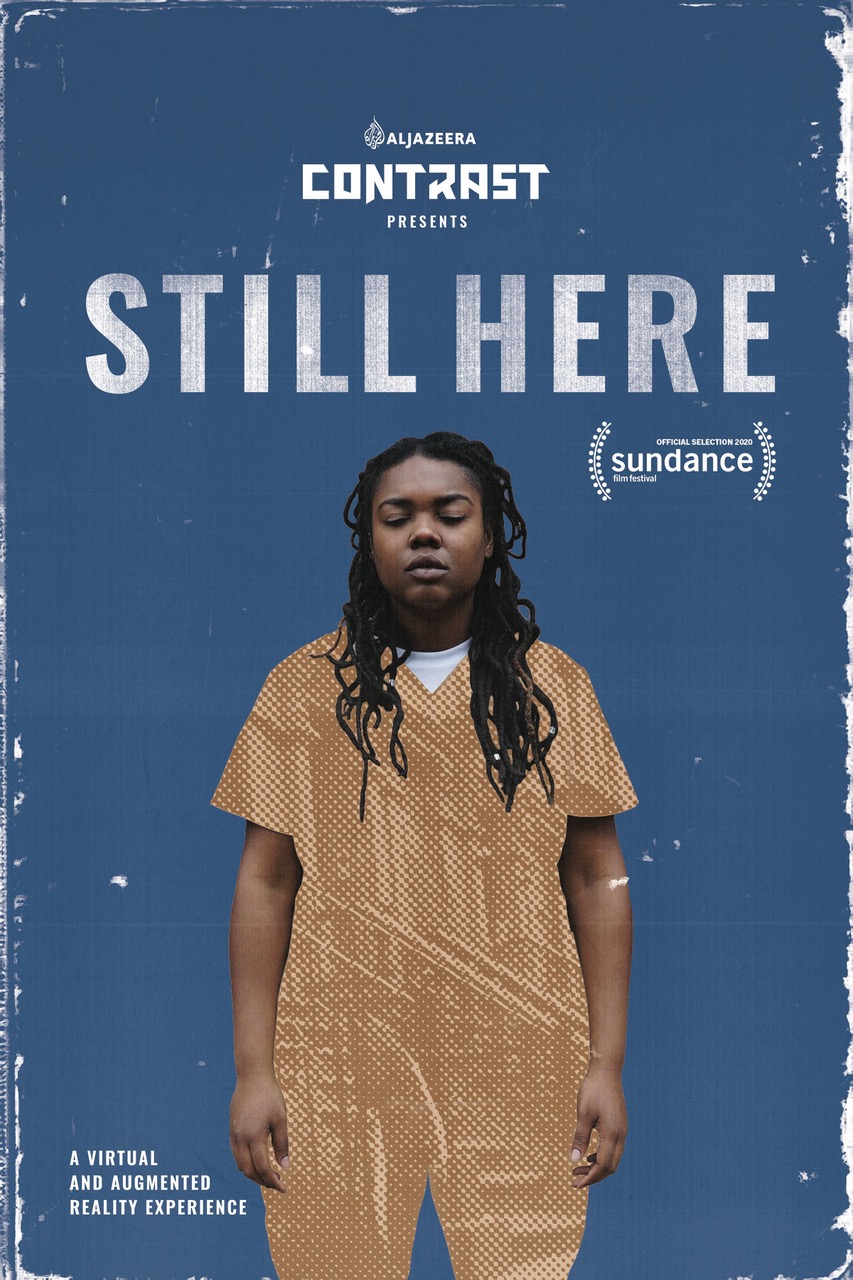 Still Here tells the story of the visceral experiences of over twelve formerly incarcerated women who have re-entered society premiered at Sundance.

Director Naima Ramos-Chapman, the polymath behind HBO’s Random Acts of Flyness and Showtime’s upcoming How to Make Love to a Black Woman) took her first turn at VR with this project, but whose life experience as the daughter of an incarcerated man informed her unique perspective.

29 year-old lead creator Zahra Rasool is an emerging force in immersive journalism who is driven to empower marginalized voices to tell their own stories. Her decision to favor personal experience over tech capabilities led her to work with a handpicked team of creatives and  imbued the project with authenticity. She and her all-female team at Al Jazeera Contrast were nominated for an Emmy for last year’s Yemen’s Skies of Terror.

Leah, one of the 9 women from the Women’s Prison Association, whose experience as a woman convicted of homicide at the age of 23 and sentenced to 21 years to life in prison, helped formed the narrative of Still Here. Each of the women learned about the technologies that were employed to enable them to more fully participate in the filmmaking process.

Told cinematically and through the lens of a fictional character named Jasmine Smith, who returns to Harlem after 15 years in prison, the narrative is crafted together with women who have spent time in prison and are part of Women’s Prison Association (WPA). Still Here represents a pioneering transmedia approach to storytelling and signifies a new direction in collaborative and community-centered, immersive journalism.