The “prison movie” has become a predictable means for showcasing the evils of men of color while promoting a white savior theme. There is always a magical Negro trope in play, where the older and wiser Black man guides the main character through the horrors of incarceration. Think about the interactions between Morgan Freeman and Tim Robbins in The Shawshank Redemption. Freeman’s character was the wiser man who had bee amongst “hardened criminals” long enough to learn how the place ticks. He passes that along to Robbins, who is a white man in for a “white-collar” crime and certainly is not one of “them”. These tropes and themes come together to create the quintessential prison movie, where the white guy is the hero and everyone else is dirt under his feet.

Not a Typical Prison Movie

The Mustang is not the “prison movie,” although it may not seem that way from the trailers and previews. The film tries to skirt these problems and largely succeeds by focusing the entire narrative on a non-stereotypical inmate. Roman Coleman (Matthias Schoenaerts) is a guy who has some serious anger issues and is probably in for something really serious. He is so hard that he does not communicate with his own daughter and has no relationships inside the facility. The prison therapist (Connie Britton) sends him to a prison program as a last resort.

The rehab doesn’t take at first. The overseer, played by Bruce Dern, is taming a new set of horses and Roman is just as wild. He pairs the two up, which results in a scene that PETA will riot over. It was hard for me to watch but thankfully ended quickly. Jason Mitchell plays Henry, a trustee in the program who tries to befriend Roman. Actually, Henry is the always smiling, minstrel-like character who started to make me angry until I figured him. Henry is not a magical Negro. He is an inmate trying to survive and meeting the stereotype helps him to fly under the radar.

We see you, Henry. 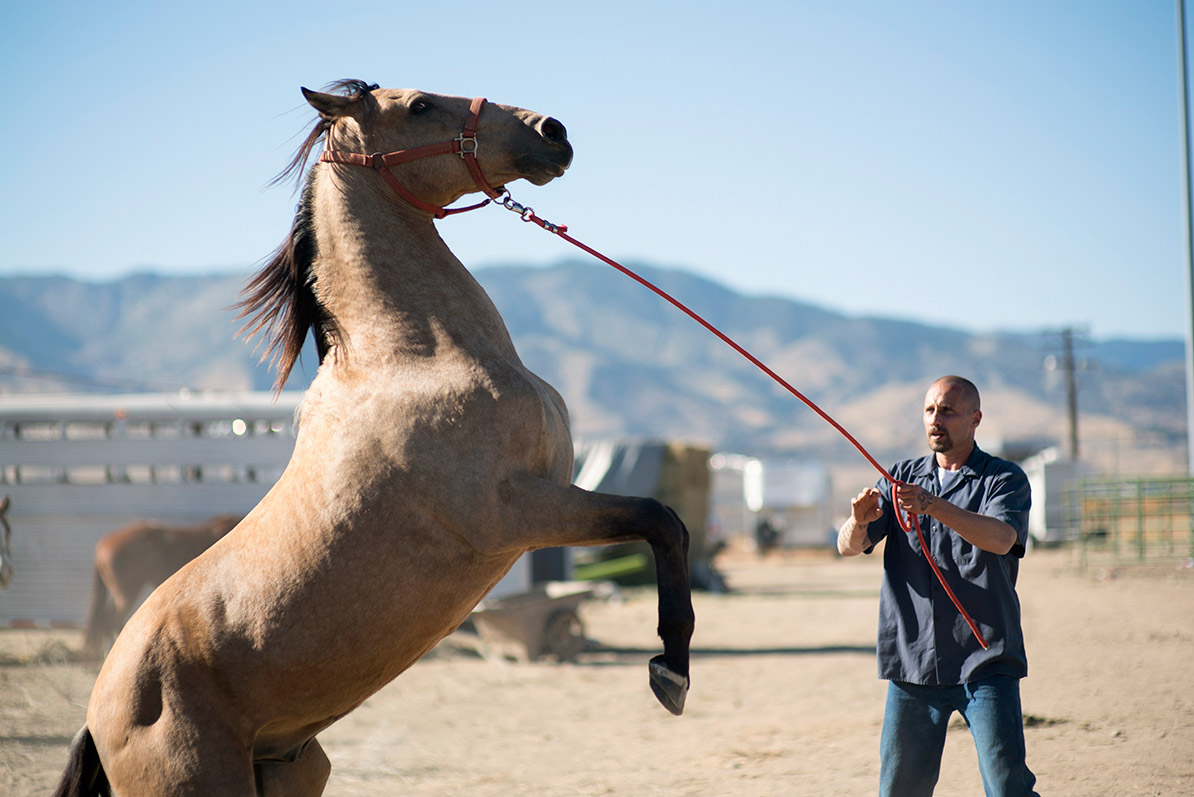 The horses and the program are real and were a federal program in the state. The inmates work alongside people in the program to tame the horses, which are then auctioned off to state agencies for their use. The Mustangs are wild, so the taming is exactly that. They must make the horses familiar with humans and then train them to follow orders. This conforming mirrors the prison treatment of the inmates. However, Roman is not about being tamed. He looks to his horse as a companion. Together, they work through not only the stress of incarceration but also on previous wounds that are in need of healing.

The healing is the thing. Roman’s crime is heinous, so bad that even he feels that he is not worth forgiveness for it. It’s so bad that he does not feel worthy of a relationship with his daughter and grandchild. When Roman atones for the crime, however, the story is not headed for a happy ending. The rehabbed criminal does not bound out of the prison ready to face the world. Instead, he looks to the wellbeing of his horse companion in a scene that also reminds us of the cranky but loveable old men Bruce Dern often plays.

The film avoids that typical prison trope just like it skirts making Henry the magical Negro, by concentrating on the realities of prison and the inmates. There is no white savior because Roman does not want to be saved.  He doesn’t need to be. Roman needed to comes to terms with his crime, to forgive himself, and to reconnect with life. The horse training did just that. The film did try to wedge in a side blackmail narrative that was there to fill space and distract more than anything. Roman uncovers Henry’s true nature behind the smile as well, but it comes as we follow the man, naturally. Any other focused would have missed this tidbit about Henry or mischaracterized it. 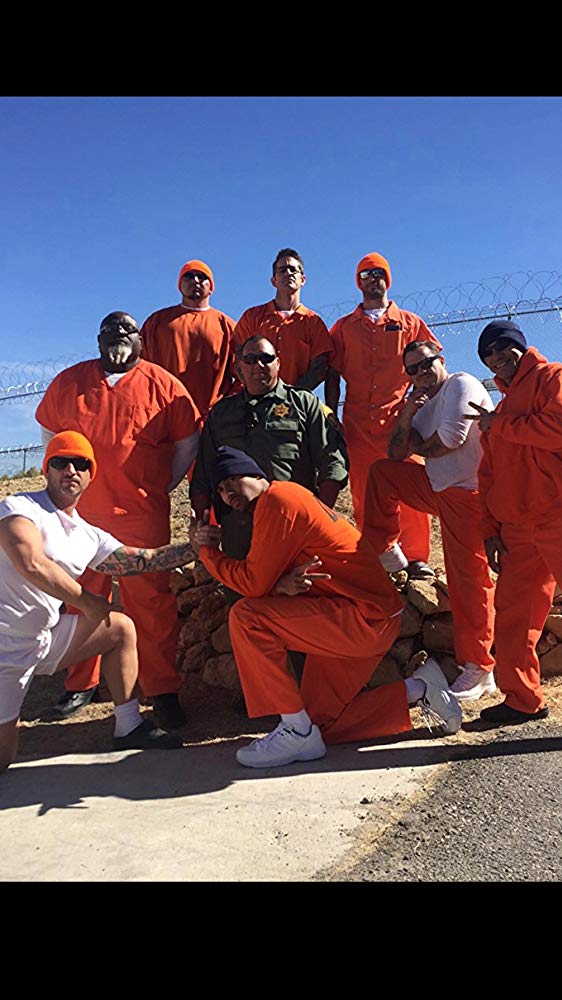 Having Roman at the forefront also redefines the look of a prisoner. In so many movies, the hardened and violent men were the men of color. The white guys, with exception of the white supremacy gangs, were all white collar criminals who aren’t violent and are depicted as being ill-suited to prison. In reality, the POC in prison are statistically more likely to be doing heavy time for small crimes, while the white men are the violent and dangerous ones. The Mustang gives us indigenous and Latinx inmates in the horse program who are gentle and ready to help Roman when he needs it. In fact, the most violent and menacing is an inmate whose face audiences may notice from the Punisher series (as John Pilgrim), Josh Stewart. He is the one blackmailing and murdering at the prison, not the POC men.

Mustang is ultimately a film about healing and finding a to forgive one’s self for wrongs we have committed and atoned for. The ill-fitting side story and slow build, in the beginning, may put audiences off at first, but they will see that the deliberate teasing of information is necessary to ensure that the story is told without having to resort to lazy tropes and harmful stereotyping.

Meet the Immortal Men of ‘The Old Guard’