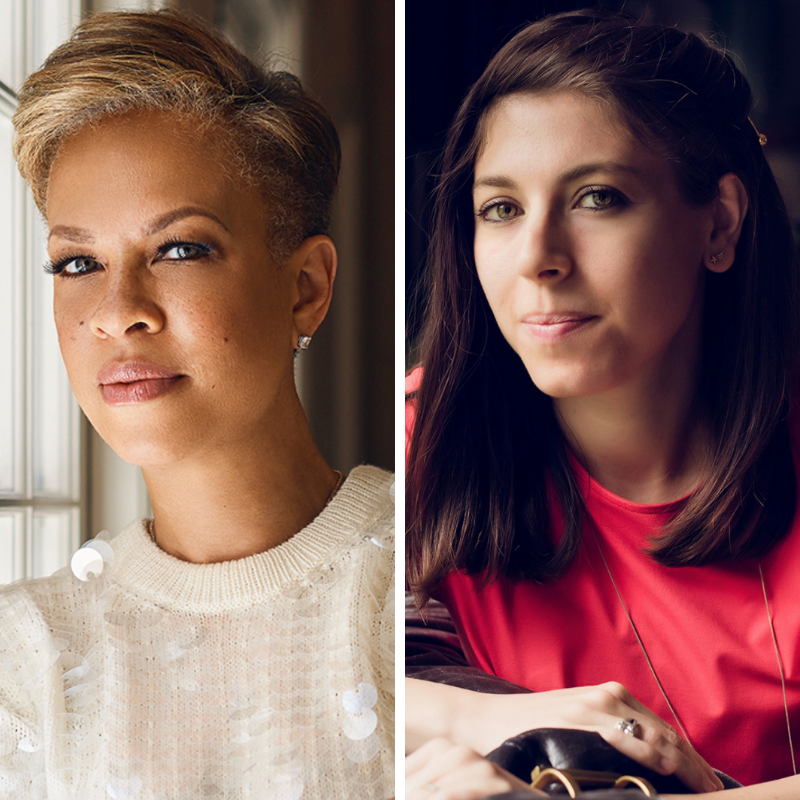 Tonya Lewis Lee and Paula Eiselt showcase real conversations and the real consequences stemming from the disturbing maternal mortality rate among women of color in their documentary Aftershock. BGN had the opportunity to speak with these co-creators to get a behind-the-scenes look at what it took to make this documentary, premiering at the 2022 Sundance Film Festival.

Paula, how did you become co-director of this project?

Paula Eiselt: I became connected and drawn to this topic through my own pregnancy and birth experiences, which were traumatic. I had an understanding of the system from my perspective. My first film also dealt with healthcare justice in a different way. I’m also very drawn to work about empowered women in general. When I started in 2017, articles started coming out that exposed the U.S. maternal health crisis and alerted me to the fact that we are in crisis — that my individual experience was part of a larger national crisis that most profoundly affects Black women. When I started reading those stories and understanding the devastation and the stakes, for Black women, in particular, I felt called to use whatever skills I have to help shed light on that. From the get-go, I wanted to find a partner who was grounded in the community to tell the story with because I alone, for so many reasons, did not want to tell this story by myself. Early on, I met Tonya at one of the first development shoots, and the rest is history. It was a match made in heaven.

Tonya, as a vocal advocate for women’s health, what was it about this project that took you from your producing and writing roles to your directorial debut?

Tonya Lewis Lee: I’d been thinking about how to approach a story about the maternal mortality crisis for a while, having done Crisis in the Crib some years ago and talking to women about the issue. For me, I felt compelled to put my voice in as a director. I had to be 150% in on this film. Not that as a producer, you’re not, but for our subjects, subject collaborators, I had to be present and have a voice in the creative process of making the film, how things were framed, what we were focusing on, what we were thinking about. I felt compelled to have my thumb on that. So, for the sake of the women’s stories that we were telling, for the sake of our families, the sake of our communities, it was time for me to not be on the sidelines but to be fully in.

For the families involved, what was it about their stories that made it to the final film?

Lee: Shawnee Gibson was our first way in, Shamony’s mother. That’s how we met Omari, then Bruce three months later. Meeting these people early on in their grief put out a call to action to the community for support, for activation, and to ask how can we make the situation better. By doing that, they allowed us space to come in. They were open to the process of telling this story. They wanted the story to be out there so that it could be used to create better birthing outcomes. Those families were the heart. Personally, I’ve learned a lot watching Shawnee and her family. Her allowing us in, her grace, the way she is with her children, to the way she interacts with Omari — such a beautiful relationship from what I can see on the outside. I know I’m a better filmmaker for this film as well.

Paula, you mentioned your own trauma. What was the filming process like for you having that personal connection?

Eiselt: Interestingly enough, I was pregnant myself while I was making it, so it was a lot. I don’t know if I mentioned this to Tonya ever, but I did have a weekly therapist, a doula therapist, that I talked with to process being pregnant, coming to truth with my own trauma, and then working on a film about maternal death. It was heavy, but it also drove me to lean in more and want to tell the story even more. Then, of course, working with Tonya, once I had that partner, that was everything. Keeping my eye on the solutions that we’re showing in the film, the people, and the work is the inspiration. While the topic is so heavy and the devastation is so profound, we don’t want this film or maternal health to be doom and gloom or birthing to be scary. We can do something about this crisis. That charges me up because I’m inspired by the work that we’re uplifting in the film. We don’t want people walking out scared after watching this film. We want them charged up.

Lee: Having Paula as my co-director, it was great because we were able to collaborate fully. I would say that this film is a true collaboration. Paula and I were very in sync about what we wanted to do and how we wanted to do it. Having been a producer for many years, having produced different kinds of films, different sizes, all of that, was tremendously, obviously helpful to me because Paula and I produced the film as well. Watching a director that I know very well, every day, get up, do the work, and do it hard — you don’t stop. That’s what it is. If you want to be a good director, it’s a grind. It’s hard, hard work, and there’s nothing to it but to do it.

One of the things that I noticed in the documentary was the emotion that these men, these husbands, are able and willing to show on camera. I don’t think we see enough of that.

Eiselt: Yeah. The topic, or the conversation, around the fathers, is so important. We get asked about the fathers a lot because, for some reason or another, we’ve been miseducated in a way that we think this is a women’s issue. They’re the ones left behind. Yes, we’re going to follow them, the ones who are raising these children. It was very natural to us to follow these amazing, amazing men. The fact that it’s unique is part of why we lean into it so much because we don’t see Black men on screen in this way. The fact again that people are surprised shows that there needs to be more representation on screen about these amazing men that we’re showing.

Lee: It was wonderful that they allowed their vulnerability to be captured on film. They are special people who let us in at their most vulnerable moments because they want this story told and want people to understand what the issues are. They want us, as a community, to figure out how to make it better so other people don’t have to go through what they’re going through. They’re beautiful men, and I’m thrilled to be able to showcase who Black men often are.