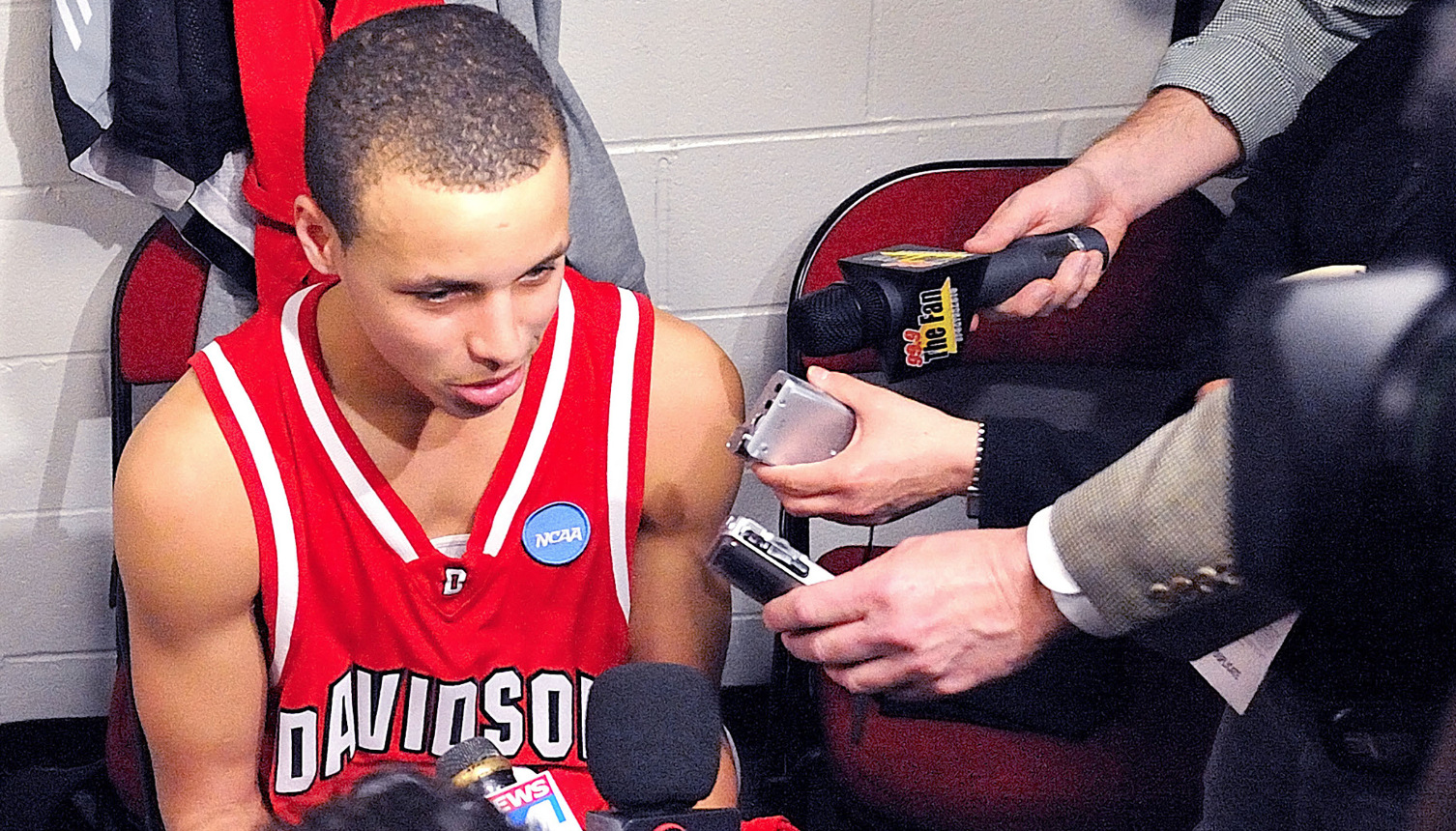 Sports documentaries within the last few years have grown to be quite popular. In fact, basketball documentaries in particular have fared pretty well with audiences, such as Michael Jordan’s 2020 documentary The Last Dance and most recently Earvin “Magic” Johnson’s 2022 documentary They Call Me Magic. The former was produced by Apple TV.

Apple TV has taken on another sports documentary featuring Golden State Warriors point guard Stephen Curry. Apple TV and A24 bring viewers Stephen Curry: Underrated, the story of the famed player from his start during his college years at Davidson to his remarkable status of becoming a two-time MVP who has helped win 4 NBA championships.

With biographies from retired players like Jordan, Magicm and Shaq, why would Curry — who is still in his prime — need a documentary already?

Directed by award-winning filmmaker Peter Nicks, who brought us Homeroom at Sundance in 2021, is here teamed up again with producer Ryan Coogler (Black Panther: Wakanda Forever) to give us a story about the underdog. In the opening for Stephen Curry: Underrated a drafting report, read by former NBA player Reggie Miller describes Curry in a dismissive way, judging his appearance and stature as a player. There wasn’t much faith in him as an athlete when he first started with his team. The next scene juxtaposes a celebration of Curry setting a 3-point record. He’s there with league officials and former NBA teammate Kevin Durant. Durant is now playing for the Brooklyn Nets.

Nicks solely focuses on the sports trajectory of Curry’s life in this documentary, starting when Curry was 9 years old and playing basketball for the Charlotte Stars. Curry speaks in the documentary with self-awareness of what the environment was like back then. He says, “I was constantly trying to find a space and surveying what’s going on.” He wasn’t the same size and stature as the other players, but he knew he could shoot and that’s what he could bring to the team. This is what sparks the skill in him that would inevitably lead him to become on of the greatest point guards to ever play the game.

As with most documentaries, archival footage of Curry’s days in both high school and college are captured to illustrate how much this athlete was able to embrace the challenge of being smaller and not as tall as the other players. Through basketball trials, we see that there is something unique about this particular player as he flawlessly shoots basketballs through the net barely missing a shot. Curry throws 3-point shots into the hoop, only missing a few out of 40 or so shots. Meanwhile, the rest of us after 40 or so attempts may only get in a few shots.

Curry says it best here as he describes who is as an athlete trying to prove himself to critics and naysayers: “I’m different, but I have something to offer.”

While Stephen Curry doesn’t have tragedy or scandal that has riddled his past like some other NBA player documentary subjects dealt with, the documentary steers clear of getting too personal with Curry’s life outside of basketball. While his beautiful kids Riley, Ryan and Canon are featured as well as his wife Ayesha Curry, there’s not much included about his home life. We never see how he met Ayesha nor what his experience was like as a Black student in a predominantly white college.

His parents Dell and Sonya Curry are commentators in the documentary, as they played an instrumental role in supporting his sports career through high school and college. However, documentaries should show the totality of a person and not just one aspect of their lives. This is where Stephen Curry: Underrated fell short. One could argue that Curry’s sanitized lifestyle doesn’t add much to the documentary and what is more compelling are his unique skills as a player and positive attitude towards playing the game even when there are a series of losses.

This part is what struck me most as a viewer. It wasn’t the impressive 3-point shots right before the buzzer or his underdog college team defeating Georgetown during the 2008 NCAA tournament. It was when the team lost a game or back-to-back games, when Curry didn’t absorb the loss. He didn’t internalize it and instead focused on his team, which in my opinion is ultimately what makes him an incredible player and has made him the icon he’s become.

As far as sports documentaries go, if you’re all about watching stories about how the underdog wins, Stephen Curry: Underrated is worth checking out.

The film premiered under the Special Screenings category at the Sundance Film Festival on January 23, 2023. The documentary will premiere on Apple TV; however, there is no official release date at this time.