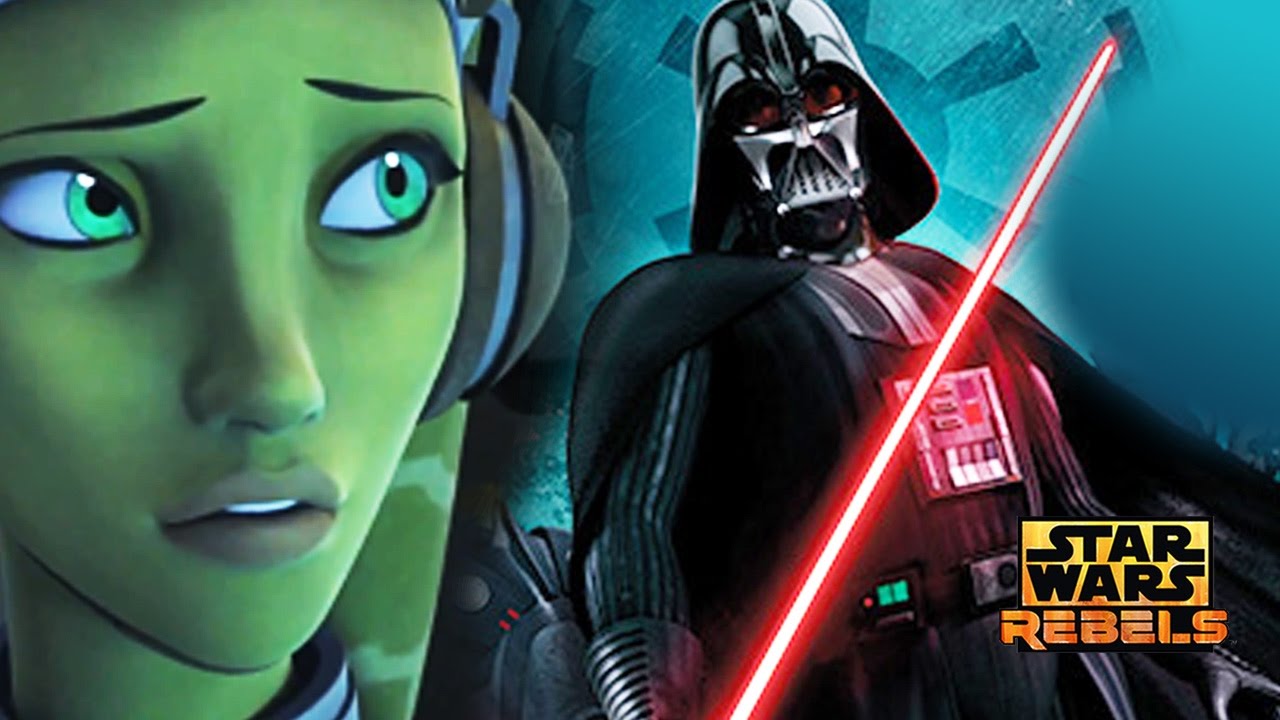 Since the debut of The Clone Wars Animated Movie and series in 2008, animation has become an integral part of the Star Wars universe.

With Rebels, Dave Filoni and his creative team have created a bridge of information between the films Revenge Of The Sith and Star Wars : A New Hope. In two informative and entertaining panels at Celebration, fans learned the origins of some of their favorite characters and hints at the fate of a few of them.

First off, Darth Maul whose final fate was recently revealed in this season of Rebels. Dave shared that George Lucas was behind the return of the character to the Clone Wars show. Dave also shared that the mechanical legs were also at George’s direction.

As Maul’s story drew to a close, Filoni shared that the end fight was actually storyboarded longer than what was finally animated, but they felt that to show the progression of skill level Kenobi had obtained, the fight needed to end quickly. David also shared that they had planned on an appearance by Savage Opress as a figment of Maul’s imagination but changed their mind.

Dave shared that the choice came from knowing that for many fans, Rebels is their first Star Wars so they have to be careful to not add things that will confuse fans only familiar with Rebels.

Pablo then directed the conversation to Rex and his transition from the movie screen to The Clone Wars. In their discussion the pair shed some light on the ultimate fate of the Clone Army. Filoni says according to George the Clones were shelved because of the independent streak many of them gained from working with the Jedi. This made them unfit for many of the Emperor’s plans and thus they were decommissioned in favor of the stormtroopers. Pablo then asked Dave about the fate of Wolf and Gregor, the two clone troopers introduced with Rex. Dave confirmed that he likes those guys and we might be seeing more of them in season 4.

Of course Pablo had to ask Dave about Ahsoka. Dave shared that Ahsoka was inspired a bit by Shaak Ti, one of George’s favorite characters. Ahsoka was originally going to be called Ashla, but her name evolved. Dave was cryptic as ever about Ahsokas’s final fate, but he did share that the cover to the Ahsoka novel was the intended outfit for Ahsoka for the sixth season of Clone Wars.

Next the panelists discussed Chopper’s debut in the Rogue One movie, as well as Saw Gerrera’s . Dave admits to being worried that Chopper would be “trouble” on the set of Rogue One but it went well. Dave also confirmed that Chopper will have a very meaningful episode in season 4 that will showcase how he feels about the Rebel’s crew. For Saw Dave commented on how easily Forrest was able to voice Saw and how well his story fits in with the Rebels crew.

And lastly the two discussed Cad Bane and Boba Fett. Dave said Bane’s character developed from George’s desire to have a cowboy type bounty hunter in the mix.

The audience was also treated to never before released test animation of a showdown between Cad Bane and Boba Fett. The short bit of animation was even voiced by the actors who portrayed the characters in the series.

On Saturday Dave took to the stage again with the Star Wars Rebels panel. The majority of the cast joined Dave on stage, as they broke down the various ups and downs the characters faced during the season as well as sharing the Season 4 trailer, leaving fans hungry for more. After teasing the cast about what they could and could not reveal, Dave got very serious for a few moments and shared with the audience that the fourth season of Rebels would be the last. He then soothed the audiences feelings with the premier of an episode from season 4! This final season will require strong hearts and ample tissues if the first episode is any indication.

Lots of great info and sneak peaks led to very excited fans at Celebration. And Filoni’s promise that the end of rebels doesn’t mark the end of Star Wars animation leaves me excited for what is to come.