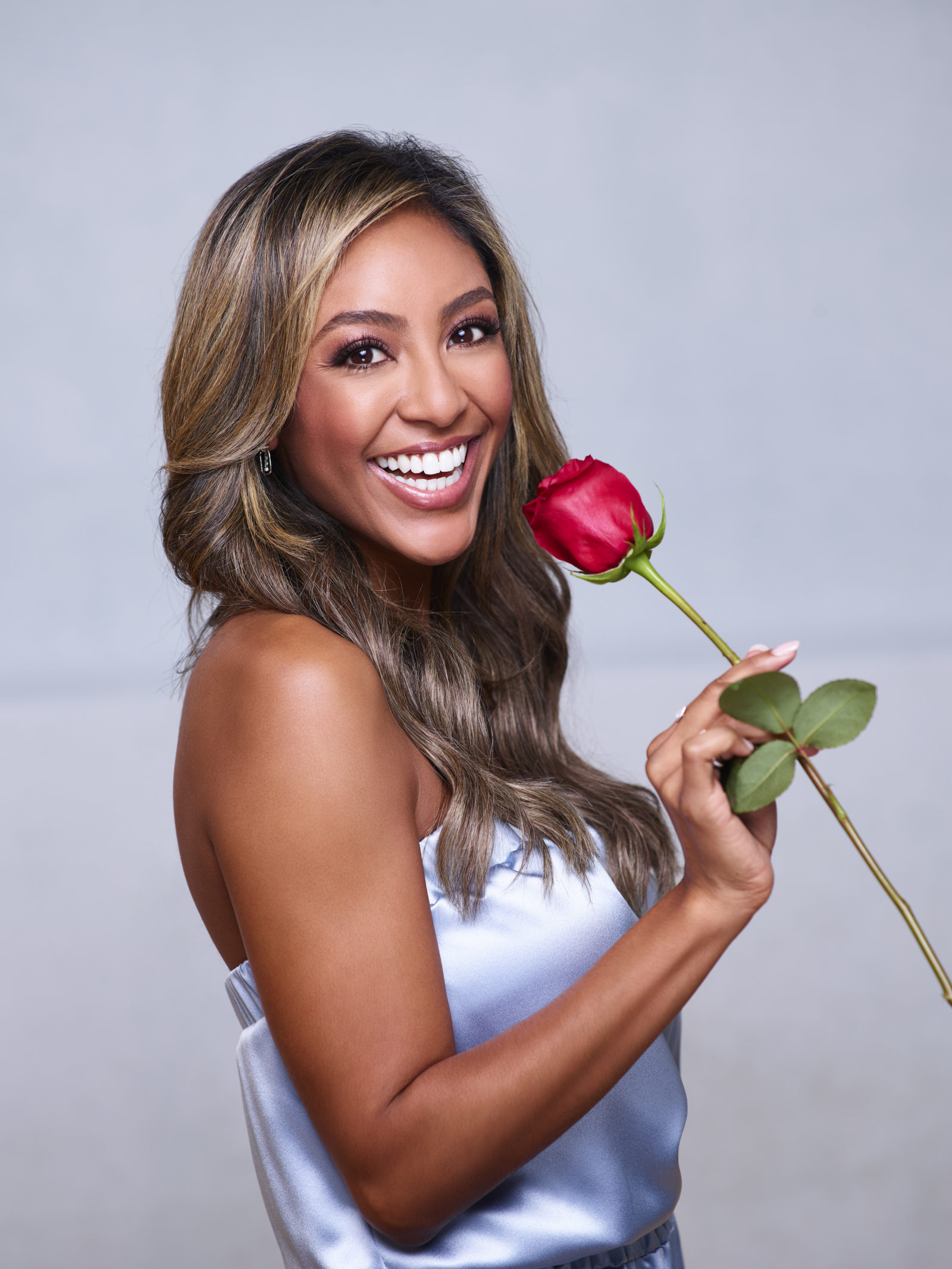 Tayshia Adams, previously seen on ABC’s The Bachelor and Bachelor in Paradise, has had one wild year.

Along with co-hosting the podcast Click-Bait with Bachelor Nation, she currently stars as the new Bachelorette. In a controversial move, she replaced previous star Clare Crawley after the surprise twist of Crawley finding love mere episodes into the series.

Add to this the stress of joining the show in the middle of the season, the coronavirus pandemic, and attacks against minority communities continuing to surge, especially against the Black community.

BGN talked with Tayshia Adams over the phone to discuss her experiences as a half Black/half Latina woman on the show, filming in the midst of chaos, and what she hopes to showcase through her season.

What has your experience been like being half Latina/half Black on a show that has been majority white with their stars and the contestants?

I guess that’s been my normal my entire life. Being in that situation has never really felt awkward to me. If there’s anything that I’ve learned, it’s just to be super confident in what I do have because I know that what I do have is different but it’s powerful. Just owning my own space.

We are in the pandemic and the midst of BLM protests, and you touched on this with Ivan earlier this season. I was wondering how it felt for you to film the season with so much going on?

I wanted to scream this from the rooftops the next day after this had aired just because there was just so much going on in that time. Being the Bachelorette itself, I feel like there is pressure, Because I am biracial, I do want to be a good representation of the girls I look like and I represent. I do want to show the world how amazing we are. But also it is such a draining experience because you are emotionally vulnerable 24/7. As a Bachelorette, you’re juggling so many different relationships. Then on top of that, when you think about it, it’s two to three in the morning.

Then you’re starting to talk about real-life situations. I think I was already emotionally drained. Then talking about something like Black Lives Matter and everything else that was going on in the world that really does hit home in a very different way. It was just a lot to convey within several minutes while everybody’s watching you. I am so happy that Ivan and I were able to have that conversation. With Black Lives Matter, I have started to ask myself a lot of questions that I never really had been asked before. I thought that having that conversation just felt so real. That’s the conversation you would be having at home, and it was a lot. I’m still figuring it out; I’m still coming into my own. I think that’s the best part about everything. So I’m not gonna always have the answers, but it was a lot.

Are there any stereotypes about the show you hope to break?

I will admit, I didn’t know what to expect being the Bachelorette. I didn’t know if I was gonna be told, “Oh no, you have to talk to this guy a little bit?” Sure you see those headlines being talked about? I’m human. Of course, I might think that that might be a thing. I will tell you when I was in that situation, nobody told me anything. I was navigating those relationships with my heart and with my head. I guess a stereotype that I want to break is, I hope you’re seeing me explore every relationship, no matter what the man looks like. I think that that’s one thing that I am proud of myself for doing is truly being present in every conversation and seeing if there is a connection. If there isn’t, unfortunately, no matter who the individual is, I wouldn’t lead them on no matter what. The one thing that people have to remember is, there are 20 guys and hopefully you end up with one person. So that means 19 people go home.

What should we look forward to seeing from you next this season?

I mean, what can we expect? I feel like my episodes thus far you’ve seen these men really show themselves and that’s just going to continue happening. It’s gonna get intense. Even myself, I start getting a little overwhelmed just because these men are freaking amazing. You’re not gonna expect how it ends. I’ll tell you that much.

The Stifling of Black Masculinity on The Bachelorette

We Have A Black Bachelorette Y’all! And I Have Some Thoughts!