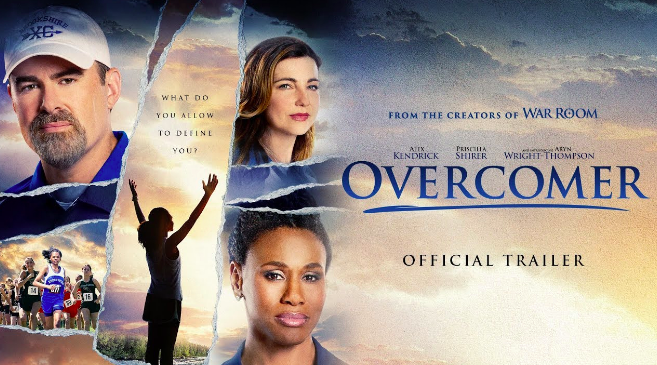 As the movie industry continues to grow, expand and evolve, so are the films produced that carry Christian values — otherwise known as faith-based films.

This weekend as families prepare their kids to head back to school, Sony Pictures premieres a timely sports drama centered on a high school student named Hannah (Aryn Wright-Thompson). The young orphan raised by her stern grandmother finds herself getting into trouble and is a bit of a kleptomaniac. It’s obvious that Hannah is acting out in some way, and her identity is the void that she has struggled to fill.

Meanwhile, Coach John Harrison (Alex Kendrick, also director of this film) is also struggling in his own way. His basketball team lost the state championship, and, on top of that, the largest manufacturing plant in their small town shuts down. This forces several families in the area to move, which included several players from his team. The coach now finds himself without a team. He has wrapped his own identity around his career as a coach and reluctantly takes on a new position to lead the private school’s cross-country track team.

But here’s the kicker: The neglected program only has one player, and that player is Hannah.

Ironically enough, Hannah suffers from asthma, yet it doesn’t stop her from doing what she does best — running. Even when she’s running away from stealing a classmate’s headphones, she does it with vigor and impressive speed. While Hannah’s grandmother works two jobs just to keep them afloat, Hannah is an outlier, feeling alone and unwanted. Hannah undergoes a season of challenges. With the support of her principal Olivia Brooks (Priscilla Shirer) and coach Harrison at her side, Hannah is able to overcome the setbacks.

The story of Overcomer presents a series of subplots all stemming from lack of faith. Coach Harrison has to deal with the loss of his team and the challenges of leading a cross-country track runner. Another subplot explores Hannah learning more about her identity and coming to terms with family secrets. Principal Brooks serves as the anchor to this story, which changes the trajectory of both Hannah’s and Coach Harrison’s lives.

Alex Kendrick and his brother Stephen Kendrick are known for their film War Room, which peaked at #1 at the box office on its second weekend in 2015. In a BGN interview with Priscilla Shirer about the film, she describes her co-star and director Alex Kendrick as having a “shepherd’s heart.” Truth be told, many films of this genre, due to lack of budget and even quite possibly the theme of Christian storytelling, often lack big names and well-known actors. There are some exceptions to this, of course: the DeVon Franklin film Breakthrough starred This Is Us favorite Chrissy Metz, Topher Grace (BlacKKKlansman), and Luke Cage star Mike Colter. There’s also the issue of low quality, which Shirer also mentioned in her interview with BGN discussing Christian films.

However, Overcomer, which was made on a budget of $5 million, doesn’t look like your straight-to-DVD kind of film. In fact, Alex Kendrick told the online publication Crosswalk that he used the same cameras and lenses they used to film Avengers.

Leading actor Aryn Wright-Thompson makes her feature film debut and provides a thought-provoking performance. Alex Kendrick and Priscilla Shirer also deliver incredibly strong performances. What makes this film worth its weight in gold is not necessarily stars with long resumes but a substantive and heartwarming story about losing faith and doing everything you can to gain it back. Although this film does deliver a significant Christian message, unlike some other films of this genre, there is no ham-fisted religious approach to its narrative.

The story invites anyone who has experienced a season of failure or a season of loss to find something to keep them going. That thing is getting your faith back. Whatever that may look like to you, one consistent part of the human condition is the need to find and have something to believe in. You will laugh and you will probably cry after watching this compelling story.