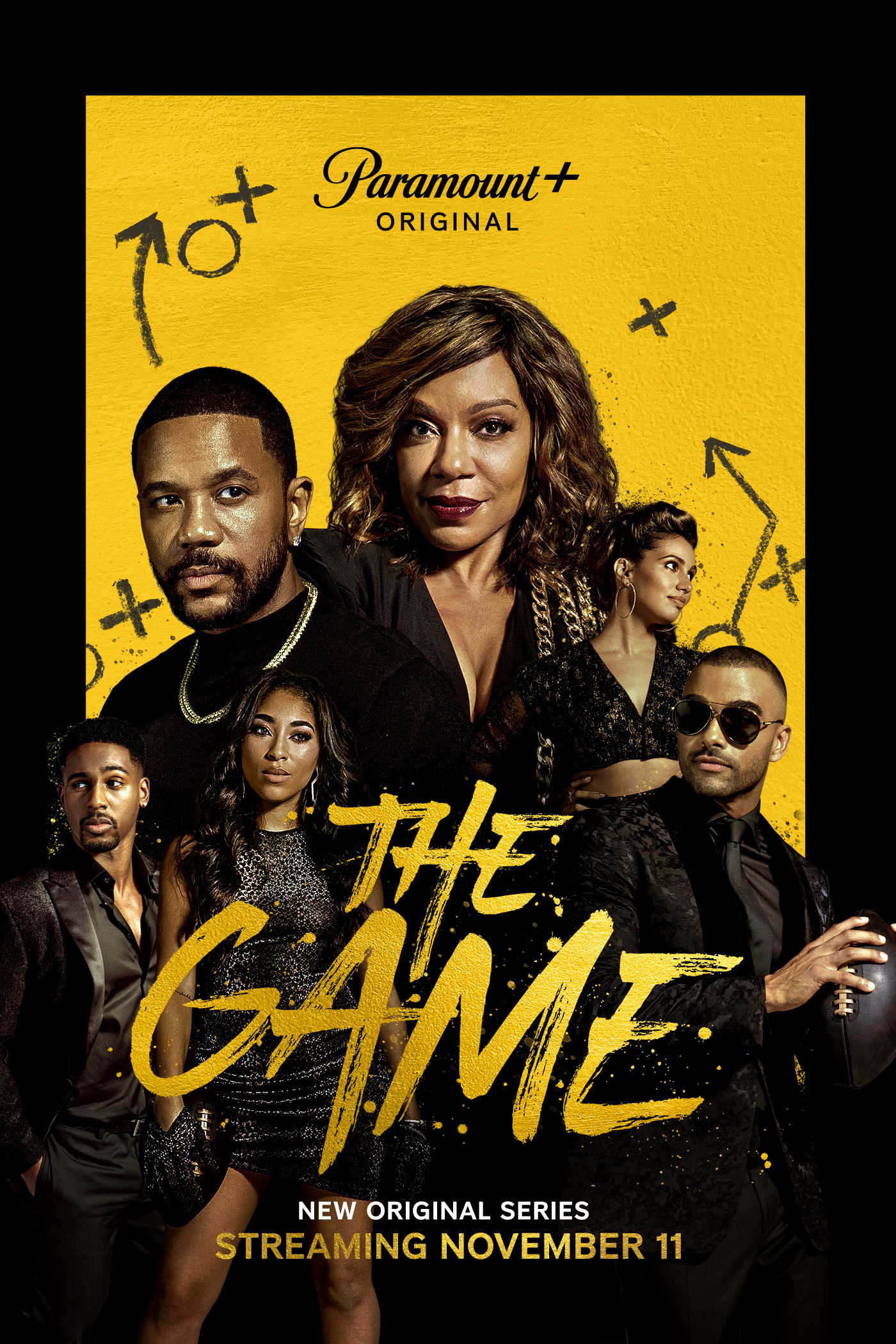 Reboots, despite their current ubiquitous nature, can be tough. You need the right amount of time, nostalgia, and the sense to go bigger and better. The Game has made all the right moves and delivers a set of entertaining premiere episodes for old fans and new viewers.

In The Game we follow the lives of pro-footballers, their wives, and their business partners. During the first incarnation, we met Melanie (Tia Mowry, who played the cousin of Tracee Ellis Ross’s Joan in Girlfriends) and her boyfriend, Derwin (Pooch Hall). Melanie is a med student who decides to put her career on hold to support her boyfriend, the newest rookie to the pro NFL team, the San Diego Sabers. The series follows them as they navigate their way through the politics of football life and the trials that life can put them through.

Created by Mara Brock Akil, The Game and its predecessor Girlfriends were iconic Black sitcoms that focused heavily on narrative. Premiering on the then newly formed CW network, The Game’s journey is almost as dramatic as the show itself. After three seasons, the series was canceled by The CW to great backlash. The ratings weren’t terrible, but The CW was already getting flack for dismissing shows that featured Black actors, which were once a staple of the former UPN and brought the network notoriety.

BET took the reins and renewed the show in January 2011. The Season 4 premiere brought in a record-breaking 7.7 million viewers, which was huge for the network and the series. In 2015, BET announced the ninth and final season. Though the show still maintained contact with its original characters, both Tia Mowry and Pooch Hall had limited screen time and only showed back up for the finale. After six years, a 10-episode sequel was ordered by Paramount+.

This means Season 10 of The Game will occur over 15 years after the premiere. You can imagine my surprise when I saw a major storyline revolved around Brittany (Adriyan Rae), the daughter of Jason Pitts (Coby Bell) and Kelly Pitts (Brittany Daniels). Brittany is now a young woman with a very big secret.

There are some notable changes in the reboot from the old series. The setup is less sitcom-like and more comedic drama. Gone are the multicam shots with room for punchlines and laughs. Instead we’re treated to hard hitting and heartfelt situations infused with the type of biting humor The Game is known for. The sequel also doesn’t seem to have one couple as our protagonists. It’s truly an ensemble, following characters we know and love as well as new characters who are easy to invest in.

This season, sports agent Tasha Mack (Wendy Raquel Robinson), owner of Tasha Mack Management and mother of pro-player Malik Wright (Hosea Chanchez), is helping to find talent for the new franchise, the Las Vegas Fighting Fury. The owner (forever Zaddy, Tim Daly) is a cheeky, Southern gentleman who is trying to put a team together. He may also be trying to close a deal with Tasha. During the premiere, we see Malik awaiting approval to become a 5% owner of the team so he can finally retire. Along with grown-up Brittany, we meet Jameson Fields (Vaughn Hebron), an ex-con who is hoping to try out during his second chance.

Another successful trait for a reboot is a forward moving narrative. Even though The Game is a sequel, it’s also an evolution. The show looks fantastic. It’s shot well and there’s real attention to detail from set design to the number of extras they were able to get. The CW version was truly a labor of love where we saw what were supposed to be luxury condos that amounted to little more than Ikea displays. Now, with better, more cost efficient technology, the show finally looks as glam as it claims.

There are a few more new additions, like Toby Sandeman, a cocky British player who is eager to find out how “lit” his new home is, and Analisa Velez as Raquel Navarro, Brittany’s best friend. Kelly is slated to return, though I haven’t heard news on whether Coby Bell is on the roster. Fingers crossed that he will be a surprise addition or at least grace us with a guest appearance.

It will be exciting to see how The Game moves forward with trying to tie up loose ends from the old series while introducing new characters, storylines, and drama beats. One thing the series never shies away from is “going there.” In the pilot alone, Tasha takes a blunt from Malik and inhales. “I’m smoking a blunt with my son. I’m officially poor white trash,” she laments in her private jet. It’s a humorous contrast in reaction to the fact that Malik was almost arrested for smoking and driving and that he leans on the marijuana in the first place to deal with some long term mental health issues.

The show can get very heavy, which is what makes it so real. The Game was once lauded for its truth and sincerity of the culture that surrounds being a footballer. It has a majority Black cast, but it’s more about the culture of America’s long standing fascination with sports and the players/commodities that fill out the teams. To be seen as a product can bring up very complex emotions, and The Game has always done a great job of balancing the ups and the downs of the experience. This reboot is faithful, well thought out, and well produced. It’s definitely worth tuning in.

Currently, all seasons of The Game are available on Peacock, Hulu, BET+, Amazon Prime and Paramount+. The Game reboot can be seen starting Thursday, November 10, 2021, on Paramount+.