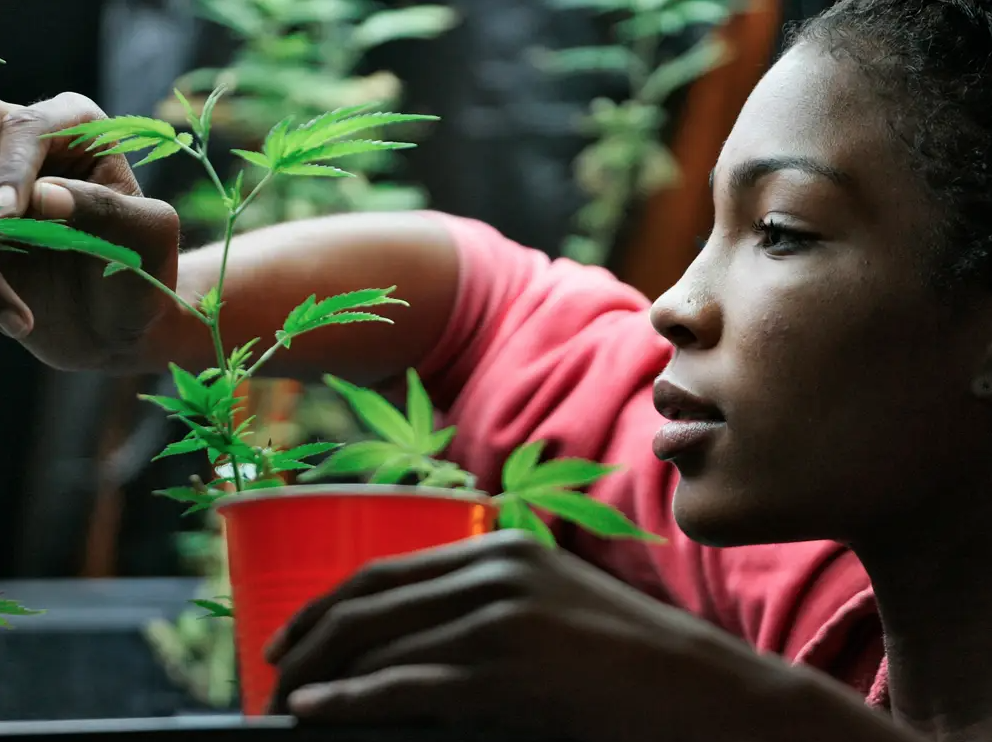 It was the 1970s, and tensions were rising. President Nixon announced to the world that drug abuse was the new “public enemy number one.” That meant a war on drugs would soon ignite the streets of America. Nixon developed it as a global campaign to be led by the United States federal government and enforced by the military to eliminating the unlawful drug trade in the U.S.

Harsh punishments awaited those caught with drugs like heroin, cocaine, marijuana, and more. However, a haunting disparity immediately became apparent when these crackdowns began–Black and Latinx communities were being targeted more than other drug abusers. The war on drugs led to the profiling, imprisonment, and deaths of countless Black and Latinx people through hyper-policing that has lasted over 50 years.

Today, marginalized people are in jail cells with sentence times disproportionate to the drug crimes they’ve been accused of committing. Black and Latinx lives have, and continue to, get harsher drug sentences than white lives and other people of color. This is no accident or oversight. Eradicating drugs and eradicating oppressed communities have become one and the same.

Such inequities took an even more insidious turn after marijuana became legalized and white dispensaries immediately capitalized on the market that marginalized dealers had died for. A clear message was sent; weed is only okay when it’s not sold by Black and brown people on the streets. By 2026, the cannabis industry will be worth $90.4 billion, and dispensaries will be as common as neighborhood grocery stores.

The power of the dollar won’t be going toward those disproportionately incarcerated. Very little will go to current marginalized marijuana brands—it will circulate right back into the majority white capitalist market that profits off marginalized lives.

Buyers need to support as many Black and Latinx marijuana sellers as possible and use spending power to acknowledge the sacrifices of those communities. It’s time to bring them the profit and visibility they deserve. With that said, buying from brands of color isn’t enough to create the material change that’s needed. The “Last Prisoner Project” is a nonprofit organization dedicated to getting cannabis prisoners who received unfair sentences released. They are also advocating for reimagined drug policies that are both just and equitable.

We’ve compiled 5 cannabis brands that are Black or Latinx-owned to support not only when stocking up on 4/20 gifts, but for every weed need going forward. Whether it’s a CBD cream for pain, THC gummies for relaxation, or even a chill blunt to smoke — there’s something for everyone.

This is one brand that is fighting for change. Founded by mother and daughter Kika Keith and Kika Howze, Gorilla RX Wellness is LA’s first Black woman-owned dispensary. On their website, it says, “we are the physical manifestation of Black feminine resilience, power, and creativity. We are advocates for those fundamentally oppressed by America’s unjust criminal justice system.” Located in South Central LA, they pay homage to those that have suffered during the war on drugs. They aren’t just about selling outstanding cannabis products, they’re also about activism.

Founded by Lo Friesen in 2017, Heylo is a Seattle Washington brand that thrives on two main principles: education and transparency. Friesen uses her training as an environmental chemist to develop full-bud cannabis vapes and creams with the most effective extracts possible.

When it comes to MXXN (pronounced moon), non-alcoholic cannabis beverages are the name of the game. Founder, Darnell Smith was in the alcohol industry for years before he decided to take on a new venture with cannabis drinks based in California that replaces traditional alcoholic spirits. For those looking to reduce or eliminate alcohol consumption in their lives, this may be the refreshing answer.

Smith is also dedicated to using a portion of sales for nonprofits advocating for cannabis justice reform, specifically by trying to pass federal marijuana reform that accounts for the brutality Black and Latinx communities have faced while working to repair them. The THC-infused beverages include the flavors, Jalisco Agave, London Dry, and Kentucky Oak.

When Cindy De La Vega was living in the Sunnydale projects of San Francisco at 20-years-old, something changed her life. Her mother was almost shot in the head during a drive-by shooting next to their home. Vega wasn’t new to the violence of the war on drugs, but this made her afraid in a visceral way.

So, when a friend told her about how working in cannabis and cannabis equity could be a path to making an income and stopping the war on drugs, she dived right in. In 2020, Vega opened “Stiiizy Union Square” and became the first Latina to own cannabis business in San Francisco. In a white-dominated industry, she defied odds and works to support community advancement projects, sharing resources and collaborating with Social Equity Partners.

While struggling with her health due to Lupus, Christine De La Rosa tried homemade edibles made by her friend—and they worked better than any medicine that doctors had given her. This is when she began thinking about how those with chronic illnesses, people of color, women, formerly incarcerated, and more, aren’t often represented well in the cannabis-industry.

So, she decided to create The People’s Ecosystem to establish a purpose-driven culture in cannabis based on the legacy of harm created by the war on drugs. The brand asserts that the cannabis industry belongs to everyone, and it’s time to allow communities of color to participate in the marketplace that they’ve been historically punished for entering.

An important nonprofit trying to ensure that cannabis prisoners are set free is the “Last Prisoner Project.” They believe that the future of the industry should focus on reform. They call out the war on drugs on their website, writing, “our country’s five-decade-long War on Drugs continues to fuel the over-policing of our neighborhoods, the militarization of our law enforcement agencies, the tragedy of mass incarceration, and countless other inefficiencies in our criminal justice system.”

Everything that Nixon and other drug crackdown proponents thought would lead to the elimination of drugs and drug-related crimes failed and took away the quality of life for the marginalized communities at the center of the war.

From writing letters and signing petitions to release cannabis prisoners, the “Last Prisoner Project” has many opportunities for people to get involved and has a restorative justice model that provides tools for people to rebuild their lives after being in prison. It’s particularly helpful when people spread the word about the movement and the people in need.

Whether someone loves cannabis products or not, the fight for justice continues as a disproportionate amount of Black and Latinx prisoners pay an unjust price. It’s time to enjoy 4/20 while never forgetting to bring both money and movement work to the communities that need it most.

Is MTV Planning A ‘How High’ Sequel? Yes!