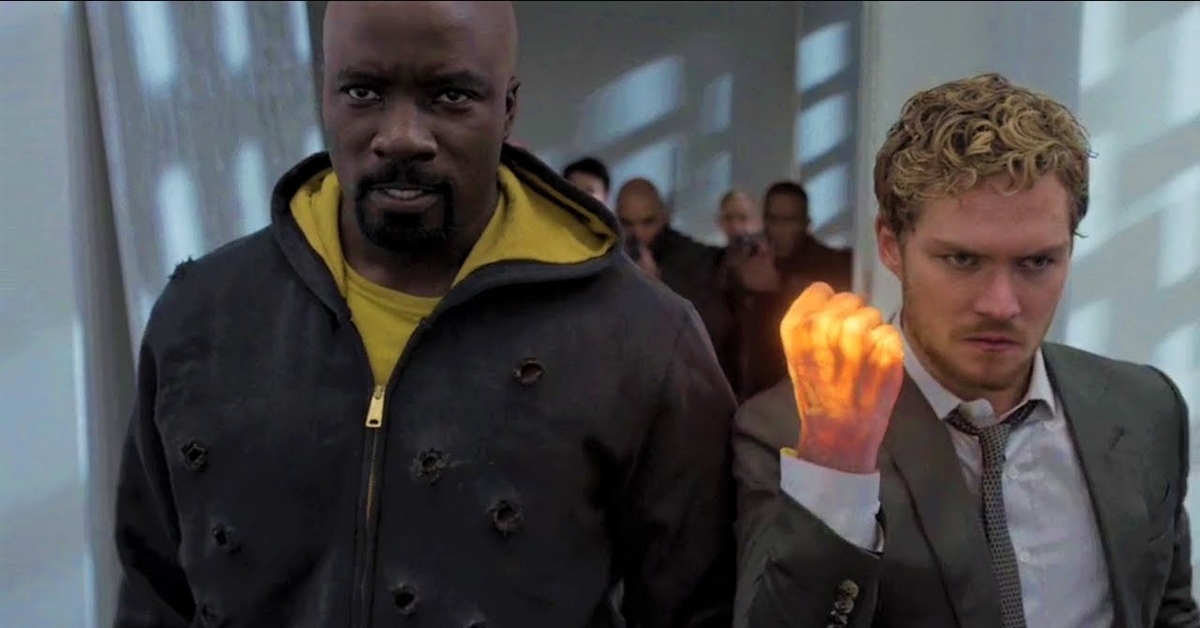 True Marvel Comics enthusiasts know that Luke Cage and Danny Rand are best friends. However, those who just recently entered the confusing world of the MCU’s television releases might wonder how these two characters get along so well, given their disparate personalities. In the end, it’s the best kind of friendship, the one between equal dissimilars.

Before launching their own television series connected directly to the ongoing MCU Phases, Marvel Studios launched several television shows in collaboration with Netflix. Disney and Marvel’s original plan was to provide Netflix with four live-action series based on Daredevil, Jessica Jones, Iron Fist, and Luke Cage, which would pave the way to a crossover miniseries based on the Defenders comic books. Three out of four series were met with positive reviews, with 2017’s Iron Fist being the lowest rated of them all. Still, despite its commercial failure, the series was a vital addition to the lead-up to The Defenders, as it introduced Luke Cage’s best friend, Danny Rand.

In fact, those familiar with Cage and Rand from the comics know that it would be strange to have Cage in The Defenders without the second half of the Heroes for Hire team. But how did that friendship come to be? Well, on-screen, the Heroes for Hire meet for the first time in The Defenders and become better acquainted after Cage tosses Rand around an abandoned warehouse for a few minutes before Rand summons his Iron Fist as a pretty hard counterargument to their ongoing discussion. Which they led with their fists. Regardless, the one-season series did touch upon their friendship, with Luke Cage’s wisdom tempering Rand’s hastiness. But it never fully explored it since the Netflix series had only one season to show the dynamics between the different Defenders.

In an alternate world in which Marvel and Netflix could have set aside their creative differences to appease the fandom, The Defenders would still be broadcast by the streaming giant, and Cage and Rand would have been besties. Unfortunately, that never happened on screen and in all probability won’t happen for quite some time. Marvel and Netflix have parted ways, and Disney has established its own streaming service, in which it siphons its IPs. However, contractually, Marvel had to wait two years before they could use the character without Netflix — a period that’s coming to an end.

The fate of our heroes, The Defenders, still remains unknown. Marvel Studios started producing their own series that ties into the MCU, but given its current preoccupation with the Post-Infinity saga, it’s highly unlikely that we’ll meet the Defenders, at least not the version made exclusively for Marvel’s Cinematic Universe. This means we won’t get to see a full dive into Cage and Rand’s friendship. But we can still experience its full extent through comic books.

The two first appear together in the Power Man and Iron Fist comic book series, published originally in 1972. For those who aren’t familiar with the comics, Power Man was Luke’s superhero alias, though it wasn’t used in any of the television runs. Regardless, the duo meets at a party hosted by a lawyer, Jeryn Jeri Hogarth, after Luke’s charges are dropped. Unfortunately, while the party was thrown in his honor, Luke was attacked by a minor villain who he and Rand fought off together.

Eventually, the two men start hanging out, become friends, and get into all sorts of shenanigans together while also using their powers to fight crime. They initially work for Misty Knight‘s detective agency but ultimately leave to start their protection business, Heroes for Hire, as much out of a spirit of altruism as to pay their bills.

Considering that their friendship in the comics is based on equal dissimilarities, Danny and Luke love and respect each other, but they don’t always get along well, as we’ve seen from the Netflix series. There’s bickering, with Luke rolling his eyes at Rand’s wealth and privilege and Danny making fun of Luke’s folksy language and “Sweet Christmas!” line. They’re polar opposites who have their superpowers complement each other. In Eastern philosophical terms, where Danny is fire, Luke Cage is stone. Where Danny is a sword, Luke is the shield. Together, they balance each other out.

Unfortunately, Power Man and Iron Fist concluded with issue #125 and the death of Iron Fist, which is quite a controversial story that still makes the fandom mad. The Heroes for Hire later got their own publication, featuring Cage and Rand through its 19-issue run, though the Daughters of the Dragon spin-off series featured Heroes for Hire, whose lineup didn’t include either Cage or Rand.

Both characters have come across the Avengers and other superhero teams, in one way or another, in the comics. With a rich history such as theirs and seemingly a healthy friendship based on mutual respect, it’s disheartening to know that The Defenders concluded their run. Perhaps now, with the rise of Disney+, Marvel will recreate respective series and crossovers and perhaps even integrate them into the MCU.