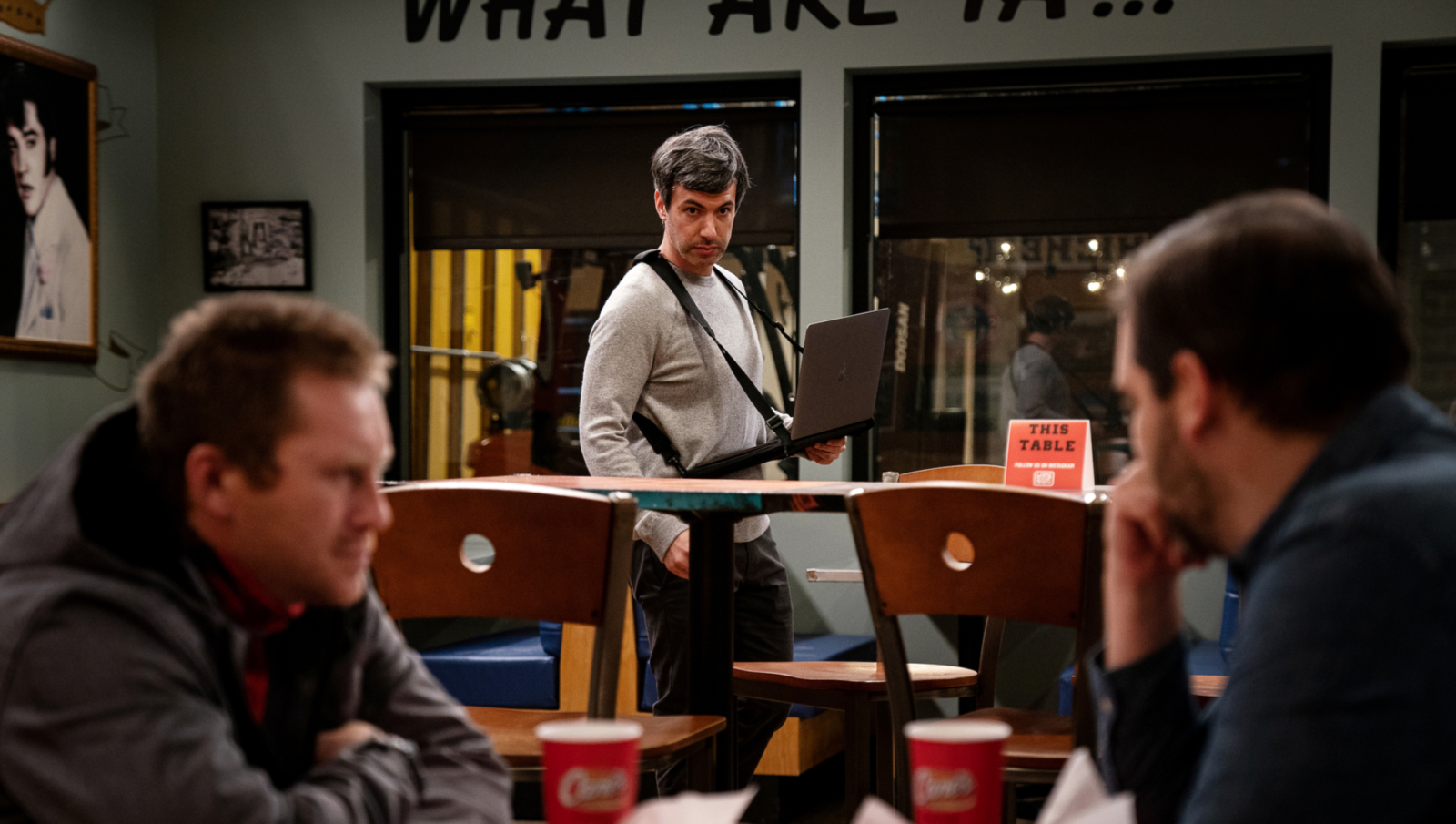 Fans of Nathan Fielder’s genre-bending, occasionally mind-blowing “reality” TV series The Rehearsal will be delighted to know that the show has been renewed for a second season.

They will, no doubt, be elated that Fielder and company will likely continue where season one’s finale left off. Nathan seemingly takes on his role as a “father” for “Adam” (beware: there will be many scare quotes and parentheticals in this article. It’s that type of show.) While the finale’s ultimate scene is open to interpretation, and even debate, as to its significance.

What seems certain is that season two of The Rehearsal will see Fielder adopting his pretend daddy role, perhaps to an absurd degree to find some semblance of emotional maturity in his “real” life. Remember, there is Nathan Fielder, the person, writer, and actor. Then there is Nathan Fielder, the odd, uncomfortable television character lacking social grace. The Rehearsal is dedicated to fixing the latter.

This will most likely result in some big laughs as Fielder and fellow writers Carrie Kemper and Eric Notarnicola — in addition to genius casting directors Angela Demo and Jennifer Venditti — know what situations will make for compelling hybrid television. That perfectly exposes and augments to an absurd degree the level of artifice involved in so-called reality shows.

This all sounds fine, but I’m worried it’s completely unnecessary. At least for now.

What made The Rehearsal such compelling viewing was that we were never sure what route the show might take next. It could be an episode about helping a man who can’t stop making casually antisemitic remarks come to terms with his grandfather’s death. It could be about Nathan becoming a “single father” after he and Angela can’t agree on the merits of raising their fake child in an interfaith household that practices both Jewish and Christian traditions.

What was great was that, because the project was so singular in its structuring and aims, we, as viewers, had no point of reference to anticipate its next move. Even its twists were not the by-now trite act of expectation subversion for its own sake (see: Game of Thrones season 8). There were no expectations to subvert. We were in the dark but thrilled to be along for the ride.

But now we have a basic understanding of what Fielder and his writing staff might want to do. This is not good for a show like The Rehearsal.

Going into season two there are, of course, a million ways Fielder might shake things up: he could focus on helping individuals, like in episodes one and three in particular. He could focus entirely on his fake family and emotional arc, though that might get stale for another six episodes. He could, à la The Leftovers, almost completely reinvent the mood and tone of the follow-up season, making it much darker, much lighter, more absurd, etc. This would probably be the show’s best bet if it wants any hopes of longevity.

Yet, while I’m a diehard fan of the series, I can’t help but think its curt nature and near-perfect ending are high points it should end on.

Of course, I want more content from Fielder. I wasn’t even really a Nathan for You fan until very recently, largely thanks to The Rehearsal. Of course, I’m at the very least eager to see where the writers take the show after seeing the bizarre journey of this past run. This is all very true and, more important, contextually noteworthy because these facts don’t make me any less trepidatious.

There is a grace to knowing when to bow out and when to close the curtains. At least for a time. If season two comes a couple of years from now, similar to the long breaks they had between later seasons of The Sopranos, that might be the perfect amount of time for us as fans to watch, re-watch and completely over-intellectualize what it all means before we’re desperate for more.

HBO announced the second season with no release date attached. Chances are, it may be a year or, at most, two before we see what Fielder and his writers have concocted for this go around. Fine. By that time, we’ll have been very much reminded of all meh-worthy television shows that tended to occupy our screen time. But what if it didn’t come back? What if it did what Jay-Z claimed he would do in 2003 and backed out as one of the best around? The Black Album was amazing. Kingdom Come? Ehhh, I’ll let Pitchfork handle that one.

Despite everything I’ve said, I’m excited about this new season. I’m a sucker for seeing where a narrative goes. I watch YouTube’s Man of Recaps for shows I have no intention of investing my time in, but I’m still intrigued enough to see how the writers wrap everything up in a bow. In the case of shows like The Walking Dead that have long since overstayed their welcome, it’s morbid curiosity.

I’m excited to see what will happen in this sophomore season. I doubt writers so talented will suffer any jinx, and they may well improve upon an already great formula. But I’m nervous. I’m nervous they may push it too far and give us more of the same only because what was supposed to be a miniseries becomes a cult phenomenon, and it’s in any company’s best interest to profit from a property as long as it can. I do, however, think Fielder and co. wouldn’t do something for which they didn’t have something of a vision. Their instincts have served us well in the past, and let’s put faith in them and pray this continues.

The Rehearsal is available to stream on HBO Max