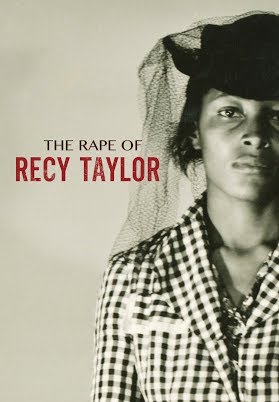 Jazz singer Dinah Washington’s classic song, This Bitter Earth teamed with contemporary composer Max Richter’s classical music is one of the soundtrack choices in this haunting documentary. The film is about the smalltown rape of wife and mother, Recy Taylor in pre-Civil Rights Alabama.

There should be a warning at the start the documentary, The Rape of Recy Taylor airing at 9 pm, July 2, on Starz.  It should read: this film is not for the faint of heart or those who want to dismiss racism or sexism. In fact, it could make almost anyone uncomfortable or moved.

On the night of September. 3, 1944, 24-year-old Taylor was walking home from church along a dirt road in Abbeville, Alabama when she was stopped by seven white men and forced by gunpoint to get in their car. She was threatened, blindfolded, raped by at least six of the men. According to her sister, Taylor was allegedly mutilated before being dropped off near her home.

During such a precarious time for African Americans, especially African-American women in the South, this assault could have been swept under the rug, so as to not cause harm to anyone else in her family or her community. However, Taylor and her family reported the crime. The aftermath of that fateful night is a precursor not only to the Civil Rights era but also reaches to the current #MeToo movement.

Oprah Winfrey (in her famed Golden Globes acceptance speech) and other celebrities have used media and social media to bring more attention to the film, which won the Human Rights Nights Special Prize at the Venice Film Festival.

However, Recy is as much about one woman’s right to see her rapists brought to justice as it is to draw attention to all the unnamed, lost to history victims of rape, and other brutalities during and after slavery in the American south. It begs the question how many women of African American heritage were too afraid or too discouraged to speak out about injustice during that time, knowing it could mean damage to property, their men jailed, loss of livelihood, or even death. It even brings to mind other tragedies, like those of Emmett Till, a male victim of the same Deep South mid-twentieth century mindset.

Taylor’s story is told in the quaint, rural Southern reminiscences of family members, her own voice, old pictures of slave owners and slaves, old pictures of Abbeville, old pictures of the Jim Crow South and historical Hollywood film clips depicting would-be rapes and lynchings (Early 20th-Century filmmaker, Oscar Micheaux’s films). A young Rosa Parks is featured in the documentary and it’s interesting to find out exactly how and why.

Crystal Feimster, Associate Professor of African American Studies at Yale does much to fill in what Recy Taylor’s case means to African-American women. With limited information, she moves the narrative into sexual harassment, which is neither the former nor the latter, although racism can create it but then so can other societal maladies.

Considering the time period though, it’s fair to say that it’s amazing that Taylor was strong enough follow her case through threats to her family, (a fire nights after the attack) petitions, innumerable articles in the African-American press, the national political rallying needed to keep her cause relevant and two court hearings.

Yet in taking the conversation from the rape of one African-American woman during a time when there were no laws to protect those like her, to the idea that all women should tell of their assaults, harassments and, de-meanings, Feimster and filmmaker, Nancy Buirski may have taken away some of the power of this story.

Taylor’s story feels unfinished because Buirski leaves her too quickly to articulate the problems that women continue to fight. Of course, rape has an awful effect on any woman who goes through it, and of course, it is used as a weapon. All of this should be stressed but there are many other stories to tell, stories involving women of every race. This just should include more of Recy’s story.

For further reading, see the official BGN Review of The Rape of Recy Taylor.