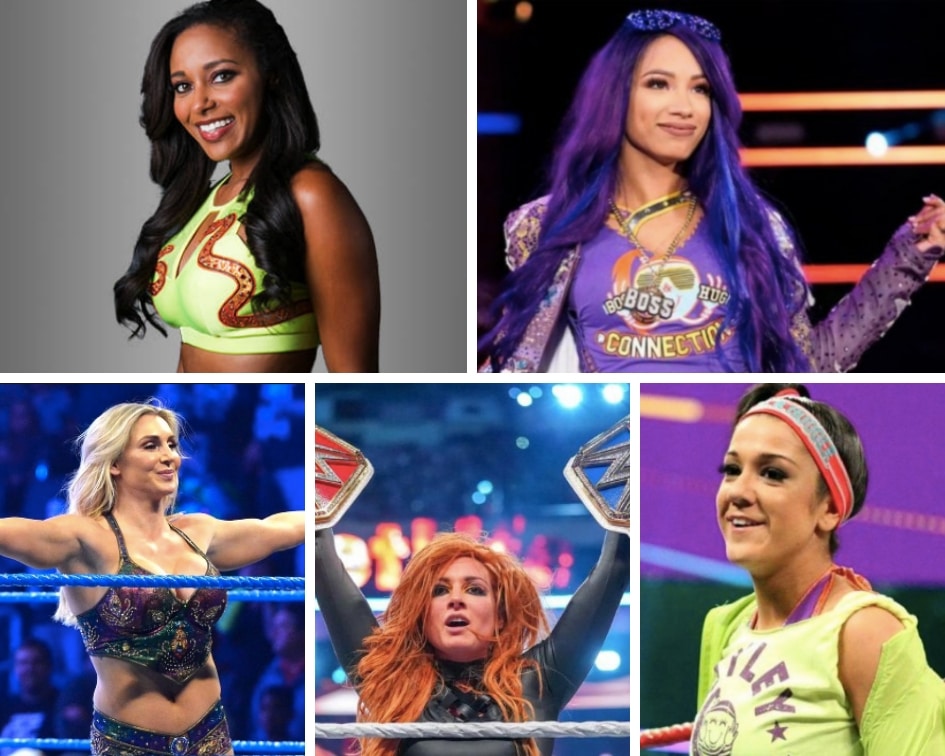 The future of wrestling is female.

And if the last several years of sports entertainment are any indication, that statement is both fact and prophetic. Serena Williams has become to tennis what Michael Jordan was to basketball. The triumphs of gymnasts Gabby Douglas and Simone Biles are modern-day Cinderella stories. Amanda Nunes, Chris Cyborg, Fallon Fox, and Holly Holm have dominated and made history in the world of mixed martial arts. It should come as no surprise that the vast majority of these trailblazers are Black women and other women of color.

Professional wrestling is no exception. In fact, in World Wrestling Entertainment (the world’s largest wrestling promotion), the women’s division couldn’t be hotter. History was recently made at this year’s Wrestlemania (the Superbowl of professional wrestling). For the first time in its 35-year history, a women’s match was the main event. Becky Lynch bested Charlotte Flair and Ronda Rousey in a triple threat match to win both the WWE Smackdown and WWE Raw Women’s championships.

So how did this renaissance in the women’s division come about? There are many factors that resulted in this perfect storm. Every woman who has ever stepped into the squared circle or worked behind the scenes has played a role: Mae Young, Sweet Georgia Brown, Linda McMahon, Lia Maivia, Sherri Martel, Trish Stratus, Lita, Miss Elizabeth, Jacqueline Moore, Alexa Bliss, Naomi, Alundra Blayze, Tamina, and Natalya Neidhart, to name a few among countless others.

If there is one person who could arguably be placed in the said eye of the storm of this latest resurgence, it would be none other than Impact Wrestling Hall of Famer, Gail Kim. Debuting in WWE at the end of the Attitude Era in 2002, Kim made history by winning the WWE Women’s Title in her debut match. Kim would leave WWE and go on to Impact Wrestling, where her feud with Jacqueline Moore would lead to the formation of the Knockouts Women’s Division.

In hindsight, it seems provident that Moore would have a hand in the formation of the promotion’s Knockouts division. She has been a key player in the women’s divisions for most of the prominent promotions, whether it was World Championship Wrestling, WWE, or Impact. She’s the first Black woman to win a WWE Women’s Title and the only woman to ever hold the WWE Cruiserweight Championship. Having two extraordinary women of color be a part of a women’s division that would set the industry standard seems fitting. Kim would become the inaugural Knockouts champion. She would later leave Impact to return to WWE in 2004.

However, Kim’s second run with WWE would be less than ideal. She found herself in the Divas’ Era, where female superstars suffered through two-minute matches, sophomoric storylines, and other misogynistic gimmicks too much for even WWE fans (and that’s saying something, given that pro wrestling is not known for its feminism). Things finally reached a boiling point when Kim purposely eliminated herself in an over-the-top battle royal match and walked out of WWE.

While Impact Wrestling endured ever-changing and incompetent management, the Knockouts Division excelled thanks to superstars like Awesome Kong, former Impact president Dixie Carter, the wrestling faction the Beautiful People, Taryn Terrell, and countless others. The division put the industry on notice with the all women’s pay per view Knockouts Knockdown and the Knockouts Tag Team Titles, both firsts for a prominent wrestling promotion and also a sign of things to come for WWE.

Kim’s homecoming to Impact would result in her capturing the Knockouts title a record seven times. She then became the first female inductee into Impact Wrestling’s Hall of Fame. She was also named by Pro Wrestling Illustrated as the #1 female wrestler in the world. (She’d also marry celebrity chef Robert Irvine.) On February 3, 2018, Kim retired and currently serves as a producer for Impact Wrestling. She is paying it forward by working with the next generation of Knockouts, such as Rosemary, Tessa Blanchard, Su Young, Sasha Bordeaux, Taya Valkyrie, and Kiera Hogan.

The Knockouts division wasn’t the only challenge to put WWE on notice. Women’s wrestling promotions such as SHIMMER as well as SHINE were garnering buzz and was providing an alternative. Inevitably, a campaign launched on social media with the hashtag #GiveDivasAChance. The campaign went viral among the WWE universe. It demanded that WWE women superstars be given the same opportunities as their male peers. This eventually led to the WWE Women’s Revolution. It began with a new class of A-list wrestlers being brought in: Charlotte Flair, Becky Lynch, Bayley, and Sasha Banks — four future world champs who would also become known as the Four Horsewomen. It also included the powerful Nia Jax and the stable known as the Riott Squad, Ember Moon, and Sonya Deville (former MMA fighter and WWE’s first openly lesbian superstar). Then, there was the Empress of Tomorrow known as Asuka. The most dominant champion in NXT’s history (WWE’s developmental brand), Asuka vacated the title as undefeated NXT Women’s champion. Asuka’s 937-day undefeated streak passed WWE Hall of Famer Goldberg’s as the longest in WWE history.

What began as a revolution eventually evolved into an evolution: WWE Women’s Evolution. Themed matches usually reserved for male superstars were opened to the women’s division: The Money in the Bank Ladder Match, Hell in the Cell cage match, and the Royal Rumble. In 2017, the Mae Young Classic debuted on WWE Network. The international invitational tournament serves as a showcase to some of the best female wrestlers from all over the globe.

But progress isn’t just limited to the squared circle. In December 2017, Sasha Banks and Alexa Bliss made history when they faced off for the Raw Women’s Championship, marking the first time women superstars competed in a WWE match not only in the United Arab Emirates capital city, but in the UAE itself.  It was also the first time the Raw Women’s Championship match took place in the Middle East region. Throughout the match, the chant “This is hope!” could be heard from WWE Universe in attendance.

Perhaps the biggest sign of progress to date took place last October when the inaugural WWE Evolution, the first all women’s WWE pay per view, debuted.

A rising tide lifts all ships.

The success of female WWE superstars isn’t limited to their traditional programming and pay per views. Fighting with My Family, a 2019 dramedy based on the WWE career of retired superstar Paige, is currently in theaters and has received rave reviews. Reality series Total Divas and spin-off Total Bellas continue to be two of E! Networks’ highest rated shows.

But Impact Wrestling and WWE aren’t the only two promotions setting records, making history, and forwarding progress. In the National Wrestling Alliance, Jazz, the Female Fighting Phenom, is current NWA Women’s Champion. Capturing the title in September 2016, Jazz’s reign of 900-plus days (and counting) reign has established her as one of the most dominant champions, woman or man, to ever set foot in the squared circle.

In January, All Elite Wrestling was officially announced. It is expected to be a serious rival to WWE. International superstars Cody Rhodes, Kenny Omega, and twin brothers Matt and Nick Jackson are not only signed talent but executive vice presidents. Brandi Rhodes, Cody’s wife, will not only be a wrestler but, as #BlackGirlMagic personified, will serve as chief brand officer for the company. Rhodes isn’t the only woman of color blazing a trail with AEW. The company recently signed Nyla Rose, making her the first transgender female wrestler to sign with a major American professional wrestling promotion.

The revolution/evolution of women’s wrestling is only getting started, and history continues to be written. The future of sports entertainment looks like it will be female, and, if the last few years are any indication, it’s going to be epic.

Meet The Family Behind the New Film ‘Fighting with My Family’

Free ‘Fighting with My Family’ Advanced Screening in Chicago

Dwayne “The Rock” Johnson Presents ‘Fighting With My Family’