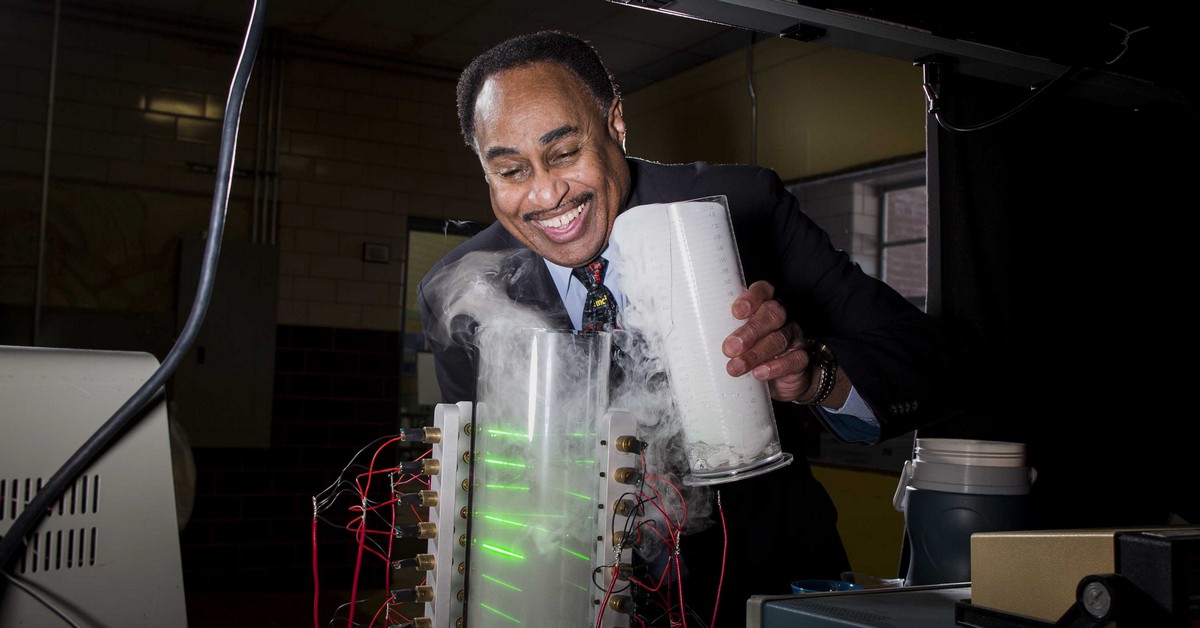 The story of Ron Mallett sounds like a trope straight out of the colorful pages of a comic book. Driven by personal tragedy, a boy’s pursuit of mastery over time leads him to become a theoretical physicist researching time travel. But before we dive into the science bits, let’s take a little stroll through time and get acquainted with the story behind Ron Mallet and his quest to build a functional time machine.

Ronald Lawrence Mallet was born in Pennsylvania in 1945 and was the oldest of four children to Dorothy and Boyd Mallet. As a boy, Ron was incredibly close to his father. According to him, the two spent a lot of time together. His father, a television repairman, instilled in young Ron a passion for science, research, and reading. Unfortunately, when Ron was ten years old, his father died suddenly, at age 33, of a massive heart attack, which left Ron devastated and depressed.

Approximately a year later at 11 years old, Ron found a Classic Illustrated comic book iteration of H.G. Wells’s The Time Machine. Inspired by its narrative, he decided to travel back in time to save his father. Having access to bike parts and television set components his father used to work with, Ron tried making something that would at least resemble the machine depicted in the comic book. Of course, the machine didn’t work, but that didn’t deter him from his idea.

This idea evolved into a lifelong obsession, a driving force behind his educational pursuit, and the basis for his research into time travel. However, he couldn’t afford college, so he enlisted in the army and spent four years serving in the United States Air Force during the Vietnam War. He returned to civilian life in 1966 — the same year Star Trek started —and decided to further his education, as he became entitled to a subsided university degree.

Finally, in 1973, at 28 years of age, Mallet earned his Ph.D. in physics from Pennsylvania State University and the Graduate Assistant Award for Excellence in Teaching. Soon after, in 1975, Ron was appointed as an assistant professor at the University of Connecticut. He was later promoted to a full professor, receiving numerous academic honors and distinctions. His research interests include general relativity, black holes, and the topic he’s best known for — time travel.

Ron never abandoned his idea of building a time machine and returning to save his father. His work’s foundations lay in Einstein’s General Theory of Relativity, which introduces time and space as four-dimensional spacetime. At its core, the theory states that what we call gravity (explained by Newton’s law of universal gravitation) isn’t a force at all.

Instead, it explains the bending of space by massive objects since spacetime tells matter how to move. Matter tells spacetime how to curve. According to Einstein’s theory, whatever you do to space, also happens to time — and that’s where Ron Mallet made his breakthrough. Ron solved Einstein’s gravitational field equations and found out that if gravity can affect time (and it can), and light can generate gravity, then light can affect time and bend it.

Ron posits that bending and twisting time in a loop would allow us to time travel. He suggests that light, as a creator of time-affecting gravity, could be used to actually twist time. So, he created a ring laser that loops the light and can be used to twist space and time. Unfortunately, there’s a catch in his work. His “time machine” could only be used to send information back in time, and only back to a point at which the machine was turned on, and not before that.

What does that mean to Ron, a member of the American Physical Society and the National Society of Black Physicists? Well, it’s certainly a scientific accomplishment. But for the 10-year-old Ron, that means that he won’t be able to travel back to the 1950s and save his father from dying of a heart attack. Still, the practical, real-world applications Ron’s breakthrough has brought — the ability to send back information — could be life-altering on a global level.

Imagine being able to prevent the loss of human life thanks to the information regarding a massive earthquake or a tsunami you have received in the future. For the time being, Mallet is still vocal about his ideas being theoretical, as he’s aware that practical experimentation would be exorbitantly costly and require an insurmountable amount of energy. But if it could provide even a tiny measurable effect, it would demonstrate a working principle.

It’s highly unlikely that Ron would ever get the opportunity to meet his father again during his lifetime, but his brilliant work could end up in the pages of history on how a tragic event sparked inspiration that led to humanity’s first steps toward temporal mastery.