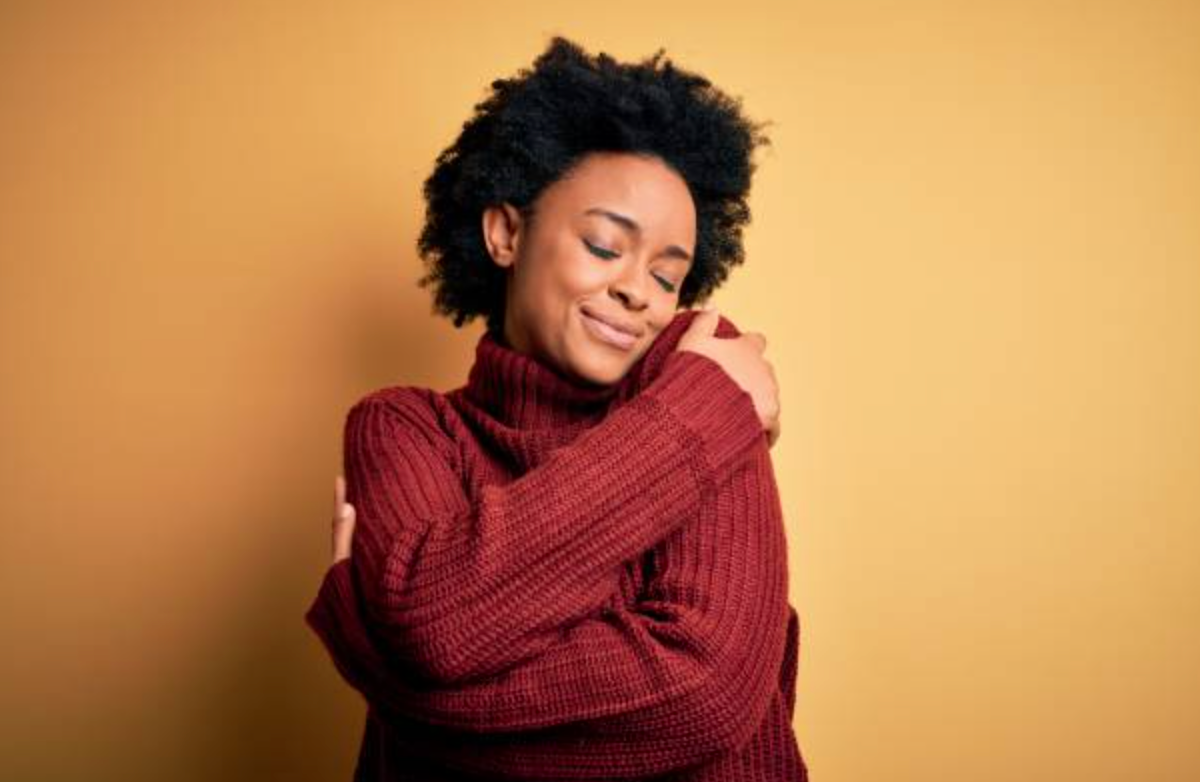 I know. It seems counterintuitive that “self-help” and “self-improvement” could ever be a bad thing. “Help” and “Improvement” are right in the names! And yet. Despite the self-help industry being one of the fastest growing and most highly profitable markets out there, there seems to be a backlash growing against the ubiquitous “Wish it, Work it, Achieve it” model posited by many self-proclaimed self-help experts.

For example, this past January, former Love Island star Molly Mae Hague faced criticism over some insensitive comments she made concerning self-improvement. Speaking to the Diary of a CEO podcast, she said, “You’re given one life and it’s down to you what you do with it.” She continued, “When I’ve spoken about that in the past, I have been slammed a little bit, with people saying, ‘It’s easy for you to say that, you’ve not grown up in poverty, you’ve not grown up with major money struggles, so for you to sit there and say that we all have the same 24 hours in a day, it’s not correct.'” She concluded the lovely harangue with this: “I understand that we all have different backgrounds and we’re all raised in different ways and we do have different financial situations, but I do think if you want something enough, you can achieve it.” Finally, she added, “It just depends to what lengths you want to go to get where you want to be in the future.”

If you agree with Hague, congratulations; I’m sure you’ll be very successful in your endeavor, and I’m certain your vision board is brimming with possibilities of the beautiful things you’ll surely become and do. But, unfortunately, this article is not for you.

If, however, you find her comments clueless, condescending, and wholly out of touch, I invite you to stay a while! We have some things to talk about.

Hague’s statements highlight the toxic aspects of self-help and self-improvement culture: namely, that one’s bootstraps are entirely responsible for getting you where you need to be. If you’ve failed or are struggling, you simply haven’t worked hard enough.

At this point, I’d like to note that I don’t feel this way about self-help/improvement in general. That’d be irrational. Like any cultural movement, it can have some elements that are benign, even admirable. But it can also contain components that are emblematic of more malignant, insidious societal impulses. Hague’s words remind me of a seemingly simple question asked of Hurricane Katrina victims: “Why didn’t they just leave?” Well, it’s hard to pack up your entire world and drive into the sunset when you’re between paychecks and when your community, if it falls into the lower income bracket, has just enough to make ends meet and maybe a little left over afterwards. In the world of self-help gurus like Hague, these people are pathological, though pitiable, in their inability to just make something of themselves. This is the mentality that can affect the individual seeking to better themselves and thereby make self-improvement a game of moving goal posts and toxic bouts of comparison.

I would never say bettering oneself is futile or bourgeois. That’s also irrational. But I would say to take a balanced view of it. Does this guru/book/program promote a get-rich-quick scheme? Or is it dedicated to putting in the hard work? Have its methods been proven by good data? Or is its figurehead just an engaging, convincing speaker?

I practice meditation, as I’ve said before. In a good week, I do it even when I don’t think I need to. I do it to get better at it and in order to feel its effects even when I’m not doing active deep breathing at any given moment. But, if I were to fall into the more toxic compulsions of self-help culture, I’d compare myself to yogis who have practiced for years. I’d question, “Why do I still ever get stressed even once? Am I not hustling hard enough?” In short, I’d practically kill myself from worry that I wasn’t measuring up to a standard that, based on my life’s circumstances and my financial situation, was neither practical nor possible without an inordinate amount of undue sacrifice.

There’s a reason the self-help industry is booming. People feel depressed, unfulfilled. According to the World Health Organization, around 5% of adults worldwide suffer from depression, with that number slightly increasing once people are 60 or older. In that context, it only makes sense that an industry of wealthy people doing glamorous things and appearing to be above it all would be enticing. “You, too,” they seem to say, “can join us upon Olympus. Just follow my eight-week plan to an immaculate body and top-notch mind.” But, if the latest Thor film has taught us anything, it’s that even the gods are imperfect in their seeming perfection. Zeus might be a bit aloof, and I’m certain Hercules has more than once benefitted from cosmic nepotism.

There is a place for learning more about one’s abilities through pushing one’s barriers. We can’t progress unless we take uncertain steps on a journey whose ending we can never be quite sure of. What we can be sure of is that, if the path doesn’t bring immediate success in romance, finance, and/or fitness, it is not because we are failures. Love yourself, folks. You’re the only you the world has got. If there are people more well-off in terms of money and looks, well, yeah, that’s kind of how this whole thing works. But that doesn’t mean you’ve failed. It means you’re a human being who is trying their best, and that is to be commended.

Of course, all this can be found in my upcoming book of personal enlightenment and discovery called The Broadway Method: Why You Rightfully Feel Like an Idiot If You Don’t Achieve Everything Listed Herein. And if it’s not a New York Times bestseller, I might just die.

7 Ways Women Can Improve Their Health